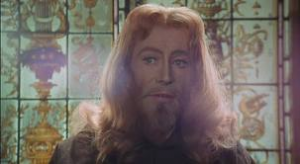 "Class is a Communist concept. It groups people as bundles, and sets them against one another."
~ Margaret Thatcher

Peter Barnes had sold the film rights to his hit 1960's play to Peter O'Toole and in 1972 his own screenplay was brought to the cinema by ex-pat Hungarian director Peter Medak. The role of the schizophrenic peer was a natural for O'Toole, who created one of his most memorable film characterisations in Jack Gurney, in one of the more trenchant satires of the British class system, The Ruling Class.  Medak assembled a cast of notable British character actors like Harry Andrews and William Mervyn and Alastair Sim to flesh out the upper class swill of stiff upper lip types and dotty Bishop's and Arthur Lowe to balance them out as the closet Bolshevik Butler Tucker. Every element of institutionalised instruments of state are fair game in Barnes' sights as he takes apart the Law, Government, The Church and Psychiatry in no particular order and holds up a mirror to a Britain moving away from the permissive '60's and towards the conservatism of the Thatcher years.

The action opens with a Judge's gavel in close up coming down, as Lord Ralph Gurney (Harry Andrews) opines to his fellow aristocrats that the greatest empire known to man was "ruled by sheer presence", in other words, superior breeding. Lord Gurney goes home to his stately mansion and accidentally hangs himself while engaging in a spot of relaxation, his acerbic Butler Tucker finding him in a tutu and hanging from a silken rope. The family equilibrium is then disturbed on two fronts, Tucker is left a large sum of money and no longer feels any restraint in displaying his contempt for the system he's worked in all his life, and younger Jack (Peter O'Toole), who currently is in an asylum is now the 14th Earl of Gurney. Jack returns to claim his rightful place, but he is also convinced he is God almighty and dresses as Jesus. His Aunt Claire (Coral Browne) asks him how he knows he's God, "When I pray to him I find I'm talking to myself"  is his deadpan reply.

The family hatch a plan to get back control from Jack by fixing him up with a wife, getting her pregnant and becoming the guardians after having Jack committed by the Master of Lunacy. Grace (Carolyn Seymour), a showgirl mistress of Uncle Charles (William Mervyn) gets the gig but enjoys the social elevation, "now watch 'em creep and crawl at Harrod's"  and falls in love with Jack somewhat complicating matters. Jack's philosophy that "God is love"  Jack's psychiatrist sets up a cure for jack by having a God v God showdown between Jack and another of his patients the Electric Messiah. Jack indeed no longer thinks he's God after the therapy, and agrees that he will attempt to "learn the rules"  but the family get a little more than they bargained for. "No god of love made this world"  says the cured Jack, eventually concluding there can be "no love without fear".

The central tenet of the piece is what leeway being of a certain social class allows in standards of behaviour and their concomitant accountability. "Rich knobs and privileged arseholes can afford to be bonkers"  is how Tucker fruitily phrases it, and when the police are given a choice between opting for the Marx reading Butler "1% own 50% of property in this country"  or the Lord of the Manor in a crime being investigated on the estate they arrest Tucker. Jack states it as "what would be considered insanity in a tradesman is merely eccentricity in a Lord".  Psychiatry comes in for a drubbing as Jack's normal phase after the cure includes his maiden speech to the House of Lords where he bemoans the fact that 'We've forgotten how to punish",  as a result of "No flogging, no hanging we have rising lawlessness"  and to an ecstatic audience he expounds on his wanting capital punishment bought back, in line with the Christian belief on an Old Testament God, 'The Lord that smiteth".  No God of love here. Barnes makes it plain that Jack's madness is a problem in a system that posits breeding above everything else, and his baby son's cry at the end to indicate that Jack's tainted bloodline will continue is a macabre and chilling sound indeed.

O'Toole makes the most of the showy part, pushing the limits of what it will take and wringing every drop out of it, bravura acting and it won him another Academy Award nomination. The support cast is up to the usual reliable standard of British theatrical excellence, with Alastair Sim making a great fist of the batty Bishop and Andrews memorable in his cameo as Ralph.  Arthur Lowe s marvellous as the tippling, profane butler, the antithesis of his straight laced and much loved Dad's Army character.  Australian actress Coral Browne is great as the acerbic and pragmatic Lady Claire, finding her pleasures wherever she can.

Medak uses the theatricality of the piece as a strength, expanding it outwards when needed but letting the actors have free range to expressing the lines, as the language is the key point of the sprawling and incisive text. He opens it up to incongruous musical numbers, in a way that would be used in many a Dennis Potter piece in later years. The visual decay he includes in elements of the House of Lords scene is also an effective underlining of a system in decay. The play was written in a post 'kitchen sink' and 'Angry young man' era of British theatre, where the concerns of the counter culture and the remnants of 'swinging London' made the anything goes, post-modernism of the piece possible in ways it could not have been before.

The Ruling Class  is wildly satiric, surreal, anarchic and also darkly humourous, a bold attempt at tilting at the establishment in an era where many a writer thought they were going to change the world. Tucker's figures of who owns what are now markedly out of date, the 1% now own more than 90% of the wealth in most western countries, and since Barnes wrote the play the rich have gotten richer and the poor poorer. And a church founded by the followers of a mystical and mythical aesthete called Jesus, who preached poverty and love, is amongst the wealthiest institutions on the planet. The more things change? 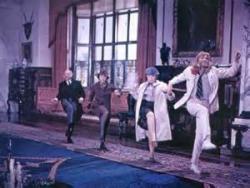 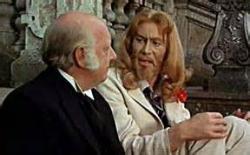 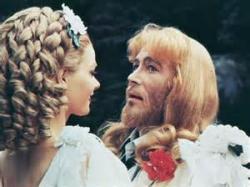