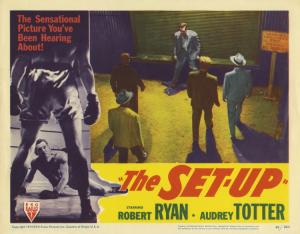 'I think one of the major things a director has to do is to know his subject matter, the subject matter of his script, know the truth and the reality of it.'
~ Robert Wise

Robert Wise was one of the survivors of the Welles clique at RKO who were ‘punished’ for their involvement with Citizen Kane and The Magnificent Ambersons. Wise was the editor on both and that alone would now be enough to give him a respected place in the Hollywood firmament, but producer Val Lewton gave him a directing job (along with life-long friend Mark Robson) at RKO’s low-budget horror unit and an already interesting career got turned up several degrees. Under Howard Hughes ill-starred tenure as owner of RKO Wise’s fortunes were again on the wane, but an old 1928 poem on boxing by Joseph Moncur March was stretched into a screenplay by Art Cohn to provide Wise with the material for a first rate Film Noir and one of the most bruising and insightful films on boxing ever made, providing him with another highpoint in his ‘snakes and ladders’ career.

Wise opens the film with a ring ballet of 2 fighters, filmed from the waist down, they dance around each other, the viewer not seeing the impact of the punches until one fighter falls fully into view, laid out for the count. The seedy streets and alleys around the Paradise City arena are home to many lower class types, out for their entertainments, and Tiny (George Tobias) and Red are the trainers of Stoker, a low level fighter who they are about to sell out without his knowledge, agreeing to a ‘set-up’ where their man takes a dive in the 3rd round of his bout that evening with ‘Tiger’ Nelson. The small time gangster ‘Little Boy’ (Alan Baxter) 'owns' Nelson and is grooming him for a title. Tiny and Red are convinced their man has no chance anyway and after Red says they should tell Stoker of the deal, Tiny replies ’there’s no percentage in wising up a chump’. Visually Wise subtly and symbolically reinforces that Stoker has a strike against him by having Tiny strike a match across Stokers name on the billing outside the arena, leaving an indelible mark across it, as if the world has crossed him off the list.

Stoker Thomson (Robert Ryan) is a 20 year fighter, reduced to taking second rate billing on third rate cards, trying to eek out a living at the tail end of a career that has gone nowhere. His girl Julie (Audrey Trotter) hates the fight game and has decided not to watch him from ringside anymore. They stalk the room of the Hotel Cozy they share uneasily as Stoker tells her ‘if you’re a fighter, ya gotta fight’, his dream still alive and only ‘one punch away’, a chance for a big purse and to maybe move into ownership of a piece of an up and coming fighter. Julie replies ‘how many more beatings’?, not prepared to be witness to his destruction at the hands of the inevitable parade of younger, stronger and faster men. Stoker walks alone to the arena, eyeing the various types that pay to see grown men beat each other senseless, his disgust at them intensifying his own conflicted feelings at being part of the circus and making his living this way.

Wise plays out the drama like a three act play, after the ‘set-up’ he spends a lot of time in the dressing room as the various fighters go out to fight, crucially never showing their bouts. Stoker can see the hotel from the dressing room window and holds out hope that Julie will take her seat at ringside after all, he sees her turn out the light and assumes she’ll come. While the build up continues Julie walks the streets, unable to bring herself to take her seat. Wise inter-cuts her dilemma as she considers leaving town on a greyhound, or maybe even ending her torment by jumping off the bridge she stands on while pondering the buses below. Stoker sees his past and his future in the shape of two other fighters on the card, a young kid, throwing up from the nerves of having his first professional fight, and in the form of Gunboat, an older fighter who is obviously ‘punch drunk’, still dreaming of becoming a champ and having all his trials mean something after all. Julie hears a radio account of a fighter being knocked out, fearing it’s Stoker, but relieved to hear it’s not, it’s Gunboat, who Wise then shows being carried back into the dressing room in very bad shape.

The main event takes place, a black fighter on the way up who respects Stoker as a decent and fair guy. Stoker makes his way to the ring, an afterthought in every way, the main event has gone, people are leaving, only the hardcore stay on, enduring an announcement for a forthcoming wrestling night involving a ring full of fish! That’s entertainment! In this third act Wise spends an incredible 21 minutes showing the actual fight of Stoker v Nelson. Ryan was a former amatuer boxer, but apart from the ferocious physicality he invests in the performance the boxing itself is less Marquess of Queensberry and more street brawl. To counter the relentless punches Wise astutely shows in close up the various crowd types he’s touched on prior. The blood lust in the ‘housewife’ and the ‘nerd’ are counterpointed with the gluttony of a fat man who consumes the spectacle of the violence with the same fervour he brings to his hamburger. Wise is showing the working class at play, seeking their divertisments from the grind of real life, if someone is taking a literal beating in front of you it makes the daily beating life hands them a little more bearable perhaps?

The fight seems to go to script, the younger Nelson getting the best of Stoker, Tiny secure in not having let Stoker in on the ‘set-up’. Julie hasn’t shown up, Stoker is truly alone. Stoker is knocked down and Tiny thinks it’s over and starts to leave, but after Stoker gets up on the count of 9 he returns to the ring. Stoker realises the only redemption available to him is to fight back and starts to rally, to the point where Tiny fears for the deal and tells Stoker to lay down. Now with all the odds stacked against him Stoker summons every resource available and in a fantastic shot that shows the dust in the canvas rising from the impact of the body hitting it, Nelson is k’oed. Tiny flees as Little Boy and his goons go to the dressing room to take their pound of flesh from Stoker. Stoker protests he knew nothing of the set up, but the thugs then wait outside for Stoker to exit. Julie meanwhile collects some food and goes back to the hotel to cook for Stoker, she looks out the window and sees him stagger out of an alley, bashed by Little Boy and his thugs. She rushes to him to discover that they have smashed his hand, making sure he’ll never fight again. Under a neon sign that reads ‘I Dream’ Stoker says, ‘I won tonight’, Julie replies, ‘we both won’.

The remarkable thing about this film is that it all takes place in real time, and it’s unsentimental and naturalistic tone brings an authenticity that is rare indeed. Ryan gives a brilliant performance in a career studded with great roles, the humanity and delicacy here is just right. It’s a credit to him and Wise that there was no false bravado at the end as a scared Stoker runs from the gangsters rather than standing and fighting as Hollywood cliche usually demands. The arc of the fight also works superbly because the crowd types sense something authentic unfolding before their eyes. Wise even has a blind man getting a commentary from his friend, and he understands Stoker is pulling himself up from rock bottom and switches his allegiance from Nelson in the process. Stoker represents an against the odds comeback, one they can all dream of, even if they get to walk away unscathed at the end of the night.  Wise would continue on a rather uneven curve, creating many interesting films in the process, including the mega successful and syrupy The Sound of Music in 1965. The Set-Up is anti-syrup, and a classic in every way. 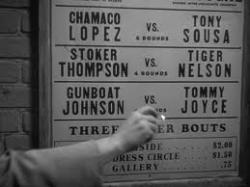 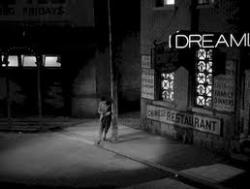 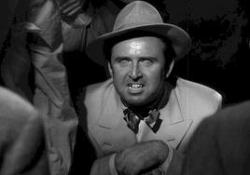 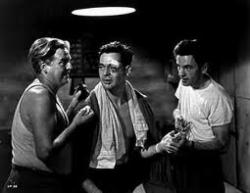 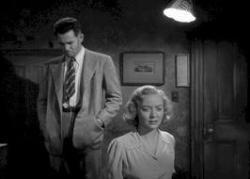 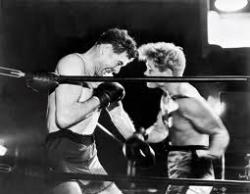 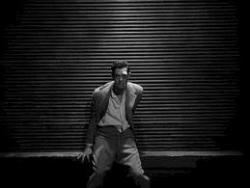