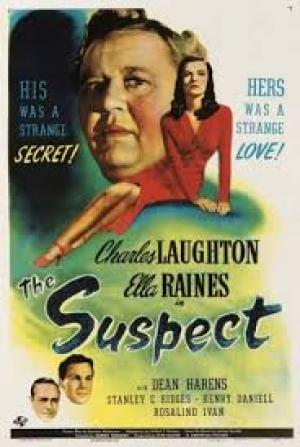 "About a week before shooting was due to begin, I'd go to the producer and say, "Look, this is a wonderful script, but there is just one little point..." and suggest a small but vital alteration. This would always be accepted, if just to keep the peace, but then of course other things would have to be altered to fit in with it and gradually the thing would start coming to pieces at the seams. By the time we started shooting everything would be so confused that I began with no set script at all, and could do as I liked. Which was the way I wanted it." ~ Robert Siodmak

Even as Billy Wilder was defining many of the Film Noir principles with Double Indemnity in the same year, German born Robert Siodmak was showing his dark visual acuity in framing the unlikely Noir terrain of Edwardian England. Siodmak imbued the gothic darkness of The Suspect in a way that would show the noir bread crumbs necessary to follow the path and transpose many a murky and murderous scenario to a modern urban setting. The Suspect is a bridge between several cinematic staples such as Victorian melodramas like Gaslight, the policiers of French Poetic Realism and Warner Brothers crime films of the 1930’s. Siodmak achieved this  while incorporating a tasty slice of German Expressionism, all leading to the Noir cycle that was defined by the French critic’s post WWII. Universal put the project together, based on a novel by James Ronald called This Way Out, engaging contract director Siodmak, who had come to Universal via his screenwriting brother Curt, and cast contract player Ella Raines and freelance English actor Charles Laughton as the stars.

Philip Marshall (Charles Laughton) is a kind and outwardly timid accountant, trapped in a loveless marriage to a battle-axe (Rosalind Ivan) wife and marking time in a respectable job for a respectable company. He encounters Mary Gray (Ella Raines), a younger woman looking for a position in the company but is unable to employ her and sends her on her way. Finding her in the street in distress he decides to help her and strikes up a platonic friendship. Soon Mary and Philip are meeting regularly as his estranged wife sits at home with her suspicions. When he asks for a divorce and his wife refuses things take an unexpected turn and Philip is soon batting away certain lines of questioning from an interested constabulary.

The themes of the film turn on issues of trust and empathy versus selfishness and betrayal. Siodmak, unusually in light of the strict production code, crafts a tale where a double murderer elicits more sympathy than a ‘betrayed’ wife. The director was aided by a beautifully sympathetic reading from Laughton and a brilliant turn from Rosalind Ivan as the harridan spouse, a woman so vile and grubby, and her performance was more than matched by Henry Daniel as the odious, blackmailing neighbour Simmons. Siodmak favourite Ella Raines was ideal as the innocent woman who grows fond of Marshall, eventually seeing those feelings deepen into love, making a keen contrast in the women competing for Marshall’s affections.

The Suspect, with a story very much based on the infamous Dr Crippen, has a very Hitchcock-ian feel for any modern viewer, and this is no surprise given both Siodmak’s and Hitch’s German influences. Siodmak had also worked with key Hitchcock collaborator Joan Harrison on an earlier Universal project, the stylish Phantom Lady, also with Ella Raines starring. Charles Laughton too had a Hitchcock connection as he’d produced and starred in The Master’s final British film in 1939, Jamaica Inn, before both men started focusing on work in America during and after WWII. The cinematography by Frenchman Paul Ivano is especially effective given the limitations of Universal’s budget and Siodmak conjures both tension and suspense in the resultant claustrophobic swirl.

The temper of the times was tougher and darker than any in the history of film, and as the horrors of WWII were processed and it finally looked like a Nazi defeat was achievable, Hollywood and the world embraced harder-edged subjects. The Edwardian setting places the action at a remove from the 1944 audience, but the darkness at its heart was readily understood. The removal of a poisonous problem (or two) to the well-being of good order by any means necessary may not have been a troubling thought to a society that was in the middle of fighting and defeating a fascist menace, and that may have helped the project get a pass from the censors. Marshall, albeit reluctantly, chooses an ‘evil’ method to defeat evil, but is prepared to pay the price. Regardless of the questions of morality, the film works beautifully because of the fine central performance of Laughton, so subtle and underplayed it was years ahead of its time, and in Siodmak’s supportive framing, unerring tone and stylish visuals.

Charles Laughton worked with several major emigre directors during this period; on Jean Renoir's This Land is Mine, Julien Duvivier's Tales of Manhattan, John Farrow's The Big Clock and again with Hitchcock in The Paradine Case, but no director used Laughton's singular gifts better than Siodmak. On the strength and quality of his Film Noir output alone, Robert Siodmak deserves to be recognised as one of the exemplary practitioners of the genre and on the basis of The Suspect, one of its founding fathers. 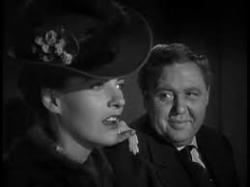 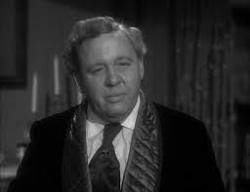 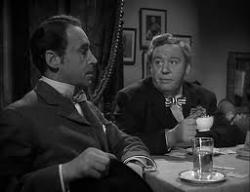 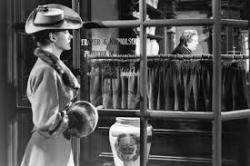 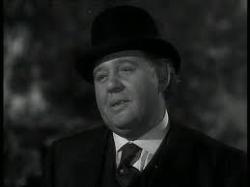