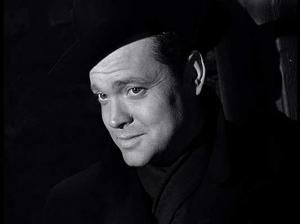 "I shot most of the film with a wide-angle lens that distorted the buildings and emphasised the wet cobblestone streets. But the angle of vision was to suggest that something crooked was going on." ~ Carol Reed on The Third Man

Carol Reed followed the remarkable The Fallen idol by Graeme Greene in 1948 by collaborating with the writer again on this drama set in post-war Vienna, a city divided up by the 4 occupying powers. The central figure of this film is part man, but mostly myth, the idea of Harry Lime seems to dominate the atmosphere and inform the action rather than the reality of the man. It’s a tribute to the skill of Carol Reed that the viewer does not feel cheated by the fact his star is not seen at all for most of the film, has very little dialogue and then gets run down in an elaborately staged and stunningly filmed chase. In an era when ‘international’ films were seen as a solution to raising finances in a global market David O Selznick put his finger into several partnership pies with varying results, this with Alexander Korda and Powell and Pressberger’s Gone To Earth represent the undoubted high-points of his involvement and explains the multi-national components of the production. Selznick only loaned out actors for this film, but got a co-producer credit anyway, and American distribution rights. Welles was for all intents and purposes persona non-grata in Hollywood and was working extensively in Europe and as such Harry Lime represented an ideal part for him, helping him raise funds for his version of Othello and with Reed’s assent to also contribute the immortal ‘cuckoo clock’ speech for his character.

Into the chaos of a battered Vienna rides lone cowboy, Holly Martins (Joseph Cotten) he’s a writer of B grade western fiction and his old friend Harry Lime (Welles) has invited him to town to do some work for him. Arriving at Lime’s apartment he’s informed Harry has been recently killed in a car accident and as the funeral is about to happen he goes out to the graveside to pay his respects. Major Calloway (Trevor Howard) informs Holly that his friend Lime was one of the worst racketeers operating in the city, responsible for untold misery by profiteering on a batch of dodgy penicillin that left many children dead or maimed for life. Holly starts to dig for the truth about Harry, unable to reconcile that version of him with the knock-about friend of his youth. He finds his girl Anna (Valli) and several odd ‘friends’ who lead him to believe that not all is right about the version of events around the accident that killed him, specifically a ‘third man’ who was seen at the time helping to move Harry’s body. Calloway advises Holly to ‘leave death to the professionals’ in his investigations, but Harry has become infatuated with Anna and will not leave easily. A book society presses him to deliver an address about writing, hilariously mistaking him to be an author of substance and note, providing some nice comic relief at Zane Grey’s expense, the phrase ‘stream of consciousness’ drawing a blank with the out-of-his-depth Holly.

Holly is convinced that the deceased Harry was the evil bastard Calloway alleges and plans to leave, but after farewelling Anna he spies Harry in a doorway, before Harry vanishes in pursuit. Holly tells Calloway and they exhume the body, to find one of Lime’s accomplices in the casket and not Harry, the puzzle is solved, Harry was the third man. Holly meets Harry by a ferris wheel, and Harry tells him that he can still have a part of the action if he wants, but Holly reveals he’s already told Calloway about his existence, and immediately feels the implied threat that Harry would kill him if need be. Harry delivers his justification of survival in the uber-rat race of the black market with Harry intent on being King Rat. Holly goes back to Calloway and agrees to help bring Harry in, in exchange for Anna’s freedom, as she’s been arrested by the Russians. Harry comes to the meeting and flees into the sewers when confronted by the troops there to arrest him. Holly joins the chase and when Calloway wings Lime after Harry shot his trusty Sergeant, Holly finds himself with the drop on Harry and gun in hand. The wounded Harry knows that life is effectively over and he gives silent assent to Holly to deliver the coup de grace. Holly adopts the American ‘white hat’ cowboy position and rids the world of the villain Harry has become. Another funeral is held for Harry, this time for real, and Holly waits hopefully as Anna walks past him into an uncertain future.

Greene and Reed have constructed a metaphor for understanding the mess of Europe in 1949. The Brits, as represented by the quiet and determined Calloway, and by the eccentric Wilfred Hyde-White trying to bring order to the chaos in their own ways, militarily and culturally. Valli represents the put upon locals, hanging on to any lifeline that is presented, even the corrupt ones provided by the likes of Harry. Holly represents the well meaning but deluded Americans, who assume they are there to save the world as the seventh cavalry riding over the hill to chase off the Indians. In this case the Yanks have both contributed to the disease and to the cure, again an apt summation of America letting Hitler off the hook for so long, before finally getting on board and helping eradicate the Nazi threat. Holly as the writer of pulp westerns is an obvious comment on America being out of her depth in a highly cultured city such as Vienna. Reed has great fun in telling of the chaos of 4 ruling countries dividing up the city into sectors, and of sending out jeeps with 4 soldiers who ‘all speak different languages’ , a joke given that Americans do speak English!

The Third Man represents a peak for Carol Reed, winning a remarkable third British Academy Award for best film in 3 years after Odd Man Out and The Fallen Idol. Reed again utilises Robert Krasker’s superb expressionistic photography as he did in Odd Man Out and it was so impressive it won the Academy Award, the final sewer sequence is a superbly realised piece of cinema, atmospheric and tense. Reed discovered the unusual sound of the zither one evening out dining and in a masterstroke employed it’s player, Anton Karas, to do the score, it’s singular tone and haunting twang contributing massively to the overall effect of the film. The cast is solid at every level, Trevor Howard is fine as the dogged policeman, and Cotton brings a decency and heart to the role of the none-too-bright Holly. Welles is great as the odious Harry, wisely not overplaying the villainy but treating it like it’s a pragmatic business opportunity that someone will take advantage of so it might as well be him. It’s worth re-printing his famous justification of joining in the corruption all around…

“You know what the fellow said – in Italy, for thirty years under the Borgias, they had warfare, terror, murder and bloodshed, but they produced Michelangelo, Leonardo da Vinci and the Renaissance. In Switzerland, they had brotherly love, they had five hundred years of democracy and peace – and what did that produce? The cuckoo clock.”

Superb, and surely worth the price of admission alone. 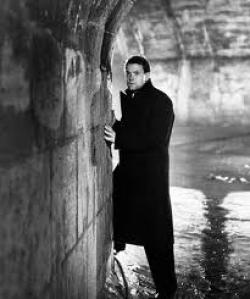 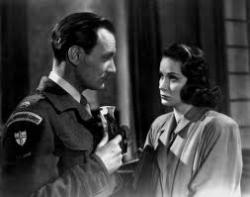 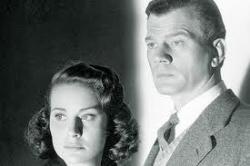 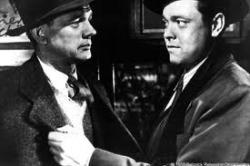 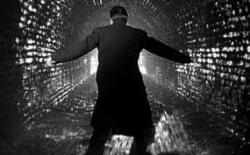