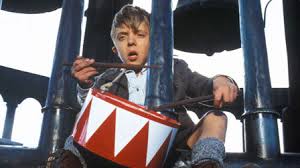 Germany in 1979 was not renowned for facing up to its ugly totalitarian past, and thankfully in the intervening decades that’s all changed, thanks in no small part to writers like Günter Grass and his astonishing epic, serio-comic meditation on Nazism and humanity, The Tin Drum.  Volker Schlöndorff, who cut his teeth in cinema during the Nouvelle Vague  in France in the 1960’s as an assistant to Louis Malle, transferred the ground-breaking novel to the screen with its satiric heart and biting criticism of fascism (and crucially its humour) intact. The adventure of a boy who refuses to grow up in the face of a national crisis of identity is rich pickings for a narrative that embraces the surreal as much as the banality of evil. The film would not have succeeded half as well had Schlöndorff, not had a remarkable 11 year old David Bennett on board to play the boy, his expressiveness and impact ranks the performance as one of the most compelling ever delivered by a child actor in the history of cinema.

The opening scenes, set in 1899, resemble a medieval tableau, a poor woman alone in a field roasting potatoes until a man runs toward her pursued by a pair of bungling officers. The woman hides the man under her long skirts and the tone is set for an askance look at the nature of man via the sometimes tragi-comic avoidance of authoritarian rule. The couple get married and have a daughter, Agnes (Anglea Winkler) who grows up and has an affair with her amorous cousin Jan (Daniel Olbrychski) before marrying a soldier she meets when she serves as a nurse in WWI, the stolid and unimaginative Alfred (Mario Adorf). Agnes gives birth to a son, Oskar, who decides at the age of three, appalled and disgusted by the world of adults, he simply decides to stop growing. Oskar negotiates a world of his own design, a misfit in every way who is literally marching to the beat of his own drum.

It is Oskar’s repulsion with the world he has inherited that triggered his existential crisis, a world that specialises in condemning outsiders, and Oskar is the ultimate outsider. Oskar takes a dispassionate view of his surroundings, avoiding connection and attachment after he sees the pain and confusion it causes his mother, the metaphor is unmistakeable, the innocent child watching helplessly as the world around him unravels. Oskar deals with stress by becoming the embodiment of Munch’s painting The Scream,  developing a glass shattering pitch that he employs in moments of panic and terror. The corollary and association of broken glass with Kristallnacht  is also neatly underscored as Oskar’s friend, the Jewish toy shop owner (Charles Aznavour), suffers under the Nazi jackboot.

Schlöndorff made an episodic tableau, tracking the quasi-surreal and picaresque adventures of Oskar as he negotiates the period between the wars, from the escapist whimsy of Weimar Republic hedonism to the advent of the Nazi’s, who shamelessly exploited the implications of the Treaty of Versailles, even though Germany actually never paid war reparation. The piece is predicated on the idea, as Schlöndorff put it, that Germany was a country “unable to mourn”,  and he took the parts of the epic novel that could provide fuel to a future dialogue of reconciliation and reflection. One of the seeming great mysteries was how could such a civilised country as Germany fall for the mad brand of totalitarianism that the Nazi’s were peddling? The film concisely represents a complex issue with the simplest of visual motifs, Oskar watches as his father takes down a portrait of Beethoven and replaces it with one of Hitler – “There once was a gullible people”.

The film roams widely across ethnic terrain and cultural stereotypes, deflating and subverting them all mostly, as many people suddenly found themselves on the wrong side of an arbitrary divide.  The idea that the whole miserable episode was a black circus is incorporated by, well, the use of a circus! A telling comment is made by the charismatic midget Bebra (Fritz Hakl), who becomes friends with Oskar, when he tells him “The others are coming, to preach our destruction”.  It’s resonance to the “First they came for the communists”  speech by a German pastor, is unmistakable. - it continues, “but I did not speak out because I was not a communist, then they came for the Jews….”  In truth people did distasteful things in order to survive, and Oskar finds himself drawn into the Nazi orbit as an entertainer in Bebra’s troupe, join the circus or die.

In 2015 the last German war trial opened with a startling admission from Oskar Gröning the now 93 year old ‘bookkeeper of Auschwitz’ that he knew all along the death camp was used for the extermination of people such as Jews and other enemies of the Third Reich. Gröning declared himself morally responsible for complicity in the deaths of over 300,000 people at the camp, and somewhat disingenuously decided it was up to others to decide if he was criminally culpable. The trial is a reminder of just how banal the day to day running of the racist, fascist Nazi ideology was, accepted by ordinary people like Herr Gröning as a reasonable solution to support and enlarge Germany’s place in the world. Grass’s novel makes no easy or glib judgements; it merely lays out the situation in human and humourous terms, gently framing the rise of Nazism with the words, “there once was a gullible people,”  before recounting how ordinary people did extraordinarily evil to other ordinary people.

Günter Grass avoided doing a deal for the film rights for two decades, turning down such luminaries as Roman Polanski and Andrzej Wajda, before Schlöndorff re-ignited Grass’s interest in an adaptation. Grass said he’d become detached from the book, the controversy and the furore over its initial publication having taken its toll, but Schlöndorff wanted to make a film that reflected the book’s epic nature, and Grass signed on to help construct a cinematic version of a classic of literature, letting Schlöndorff pick and choose from the episodes found in the novel to make a coherent film. One of the surprising choices, at variance from the book, was the decision to not show Oskar as a grown man, and this was only arrived at after David Bennett made such an impression as the boy that the idea of seeing him grown became unthinkable to the director.

David Bennet is simply stunning in the central role, compelling and devastatingly effective, everything that Schlöndorff could have hoped for. Bennett’s expressiveness with his eyes is something to behold, and the fact that so young an actor could anchor an epic and appear in almost every scene is ridiculous. Speaking of ridiculous – a surreal post script saw the film banned in Oklahoma in 1997 because it allegedly showed under-age sex, when Oskar shares a tender moment with a grocer’s wife in a beach change room. The case, brought by a fundamentalist Christian group, was eventually thrown out.

If history shows nothing else it reveals that every country consists of gullible people, able to be manipulated by opportunist politicians who will use any pretext to push their power agenda. Most of Europe was in the thrall of fascist governments, with France and Britain notable hold-outs, but even within those ‘civilised’ borders there were many friends of fascism. The British upper class were particularly impressed by Hitler’s success and the French Catholics had no qualms about giving up Jews to the Nazi’s during the occupation. It’s not even too fanciful to imagine America adopting a quasi-fascist government if not for someone as charismatic and capable as FDR who led the way out of the Great Depression with his socialistic New Deal, much despised by the denizens of the political right.

The Tin Drum  is a one-off masterpiece, there has not been and will not be another like it. A scandal of sorts erupted in 2006 after Grass admitted he was actually involved with the youth wing of the SS as a boy, leading some to retrospectively dismiss his masterpiece, but this is to be missing the point. Every country has the potential to follow opportunistic leaders, and anyone who lived through John Howard’s disgraceful Tampa led election victory (look it up) in as benign a country as Australia should take pause for thought. In a few short years this pathetic reactionary took Australia from being an outward, generous-of-spirit country to an insular, mean and unwelcoming rabble. For many of us here, after that sudden lurch to the political right, the mysteries of why a country like Germany could fall for Nazism suddenly didn’t seem so odd at all. Maybe one day someone will make a daring, inventive and layered cinematic essay on that episode, but until then we have The Tin Drum. 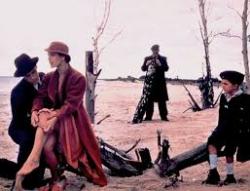 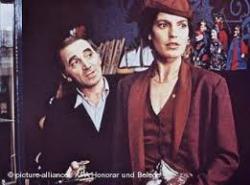 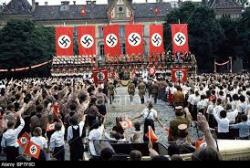 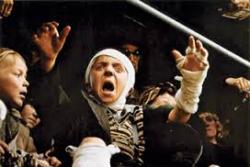