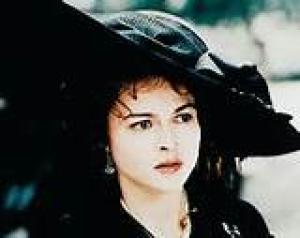 The Wings of the Dove

"I've always been interested in people, but I've never liked them."
~ Henry James

Acclaimed 19th century writer Henry James produced several stunning novels that eventually led to outstanding screen adaptations, notably his Turn of The Screw, which became Jack Clayton’s The Innocents  in 1960 and Washington Square,  better known as The Heiress  under William Wyler’s direction in 1949. Merchant-Ivory added, with mixed results, The Europeans,  The Bostonians  and The Golden Bowl,  all directed by James Ivory, before Jane Campion examined James’ literary realism with The Portrait of a Lady  in 1996 . Adding to the large filmic legacy of this premier chronicler of the American upper class is the superb and under appreciated adaptation of The Wings of the Dove,  directed by Iain Softley and starring Helena Bonham Carter and Linus Roache. Softley managed to create a bygone world full of sublime detail and subtlety in which to sketch out the arc of a love affair compromised by a dark and unholy pact, territory previously the domain of the likes of Merchant Ivory, and it’s high praise indeed to note that his film more than stands up in that august company.

Kate Croy (Helena Bonham Carter) is a smart and frustrated young woman forced by her family’s precarious financial circumstance to be taken in by a wealthy Aunt Maude (Charlotte Rampling) and schooled in the finer points of social climbing. She stubbornly clings to a relationship with Merton (Linus Roache), a working class journalist, while her Aunt tries to match her up with the oily and well connected Lord Mark. The arrival of Millie (Alison Elliot), an American heiress, onto the London scene causes all kinds of jockeying for influence but Kate effortlessly beguiles the woman by reason of her wit and directness and soon the two are confidantes and close friends. Millie soon takes a fancy to Merton, unaware of his intimate connection to Kate, who then has to reassess her position as the three take a long sojourn to Venice where matters come to a head.

Henry James succeeded in giving his characters depth and believability by emphasizing the common human foibles that afflict us all, regardless of class or position. James was the master of contrast, creating layers of nuance in detailed characters that are one thing upon the surface, but another underneath. James set the novel in 1902 (the film moves it to 1910), where manners and form are all important and feelings and desires are not spoken about openly. Appearance is also important, as in the seemingly loaded (but in reality penniless) Lord Mark who seeks to marry the rich American heiress himself, “the world’s richest orphan”,  in order to maintain his position in high society. In this environment of plot and counter plot, of duplicity and deceit, the guileless and decent Millie serves as an oasis of goodness in a sea of immorality.

James was a master of peeling back layers to reveal the different kinds of corruptions and accommodations that humans will stretch to. A particular strength of James’ oeuvre is his ability to detail a position that asserts money, in and of itself, will not necessarily make a person happy, and that tragedy and misery are no respecters of bank balances. Kate and Merton are happy as larks when they have no money, only prospects, and the desire to chase money is the thing that brings about their undoing. The corruptions that undo Kate and Merton are rooted in their desire to be independent of the judgments of their circle, something they cannot hope to do without sufficient funds, and subsequently they rationalise the scheme to get their hands on Millie’s fortune.

James was pioneering a new kind of literary realism in English, just as Flaubert was doing in French with classics like Madame Bovary, but his particular area was in contrasting American brashness and New World chutzpah with perceived European class, stuffiness and maturity. America has long since suffered under the delusion that they are a ‘classless’ society, having been settled by disaffected Europeans and outcasts that supposedly all then tilled a level playing field. In reality all societies evolve their own mechanisms of societal or tribal strata and hierarchy, and the Americans tended to laud success at any price, fostering the myth of ‘classlessness’ because opportunity was not restricted to the upper classes as it seemed to be in the old world. Millie is rich and has personal integrity and ‘class’, whereas many of the upper class English that she encounters have no scruples or class at all.

James pulls no punches in essaying the putrid stench of quiet desperation that engulfed the central couple, Kate and Merton. In a stark admission to Kate, Merton affirms his own shallowness and empty soul, “I don’t believe in any of the things I write about, I fake passion, I fake conviction.”  In the aftermath of their triumph Softley delivers a stunning sequence with Kate and Merton naked, going through the motions of a joyless session on lovemaking, the beauty of their bodies and the act being subsumed by the ugliness of what it cost to attain, the film’s major theme in microcosm.

Helena Bonham Carter is a revelation in the central role as Kate, and she provides a hint of the deeper and darker roles she would embrace as she expanded out of her, albeit fine, early period roles like the ones she had Merchant-Ivory’s Room With a View and Howard’s End.  Bonham Carter moves from canny idealism to nasty manipulator with deceptive ease and her stark self-awareness in the denouement is acting of a very high calibre. Linus Roche is fine as the compromised boyfriend and all the support parts are beautifully weighted and wonderfully realised, particularly Alison Elliot in the meaty role of Millie and the brilliant Michael Gambon and Charlotte Rampling as Kate’s father and aunt respectively.

The Wings of the Dove  is one of the sublime achievements of Brit period/costume drama, and a triumph for director Iain Softley, who has continued a maddeningly peripatetic career since. If he achieves nothing else this will stand as his masterpiece, a glorious and disturbing essay on immorality and greed, dressed up in finery and feathers, a visual feast with a sad and bitter aftertaste and one that reminds us the distance between our desires and our scruples can sometimes be measured in fractions of a heartbeat. 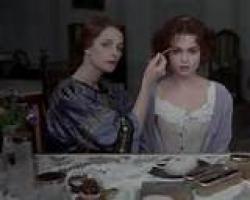 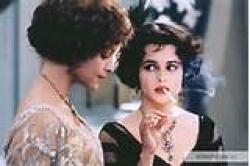 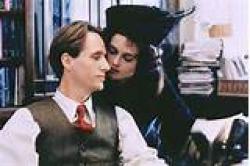 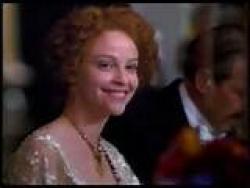 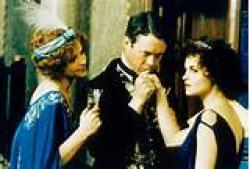 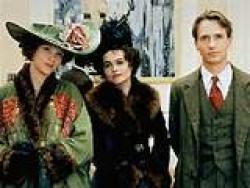 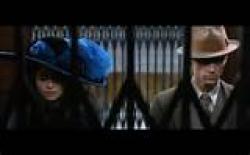