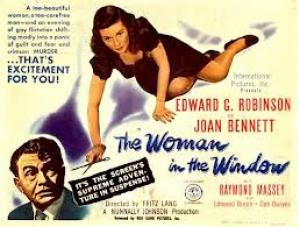 The Woman in the Window

Fritz Lang fled the Nazis and then battled manfully with the Hollywood studio system to prosecute his artistic vision in the face of an unsympathetic corporate model, and still managed to provide films that reflected his ‘auteurist’ nature and values. ‘The Woman in the Window’ was International Pictures first production, a company set up by successful screenwriter Nunnally Johnson, and later to merge with Universal as U-I. Johnson also wrote the screenplay for the film, based on the novel by J. H. Wallis called Once Off Guard, and signed on Lang to direct. The 'ordinary man under pressure' scenario is more attuned to a Hitchcock film than a Lang, who specialised in psychologically driven pieces rather than suspense films, but the tense blackmail-murder imbroglio suited Lang's dark noir-ish palette to a 'T'.

Richard (Edward G. Robinson) is an academic; we meet him lecturing his students on degrees of criminal culpability, before he joins his friends for drinks at his Gentlemen’s club. En route to the club he pauses before a shop window displaying a portrait of an attractive woman, and he becomes entranced by her beauty. After enjoying the company of his friends, including (Raymond Massey) the State District Attorney, he nods off only to be awakened by a club Butler. Upon leaving Richard again views the painting of the woman, only to have the subject, Alice (Joan Bennett) herself walk up to him and strike up a conversation. Richard accompanies her back to her apartment, and her jealous lover arrives who starts to fight with Richard interrupts them. Richard kills the jealous lover and he and Alice engage in an illicit cover up. Soon Richard gets caught between his friend the DA, who is investigating the murder, and Haigt (Dan Duryea), the bodyguard of the man he killed who is set on blackmailing the pair.

The film is interesting in that it plays with the notion of culpability; the very lecture that Richard delivers at the start of the film is brought into question by his actions. It's a rare example of a Hollywood film where a 'murderer' goes unpunished, if we discount the faux ending that Lang obviously delivers tongue-in-cheek. The majority of the action is involved in justification for the couple in covering up the death of a man killed in self-defence. Richard is concealing the crime to save his career from scandal, and as such is operating in a moral universe foreign to Hollywood's then code. Lang makes us complicit in this conspiracy, before pulling the rug from under us by a cinematic sleight of hand, but the point is made all the same.

As far as suspense is concerned, Lang was capable of giving Hitchcock a run for his money, and it's hard not to compare the different trajectories of the two, arriving as émigrés in Hollywood within a few years of each other. Both men had made definitive films of their kind in their home countries, but they had very different experiences in Hollywood, Hitchcock able to play the game and become a by-word in the dictionary for director, but Lang struggling to avoid 'B' picture relegation. Hitch was able to successfully self promote and thereby ride out the downturn of the late '40's and his run of failures, to eventually attain the glories of a late career renaissance that were never granted to Lang. Hitchcock learnt his craft in Germany, and even though Lang was a master of expressionism, and would channel that talent into the simpatico genre of noir, he never had the budget's or the stars to work with that Hitchcock could command.

Edward G Robinson was a de facto noir pioneer, appearing in this film and playing Barton Keyes for Wilder in the masterpiece 'Double Indemnity', also in 1944. Robinson's integrity and honesty is matched by Joan Bennett's allure and presence, and she had such a good rapport with Lang that she founded a production company with him and her husband producer, the notorious Walter Wanger. The stolid Canadian actor and Michael Powell favourite Raymond Massey plays the DA, investing the role with a delicious dollop of seriousness, and playing beautifully off Robinson's increasing unease. The wonderful and under-rated Dan Duryea makes a welcome appearance as the slimy blackmailer, adding a nice edge to proceedings.

Lang teamed up with busy cinematographer Milt Krasner to paint with the dark edged hues that suited the piece, creating a sombre toned, noir city to help launch a genre. Krasner again helmed the follow up, 'Scarlet Street', Lang's re-make of Renoir's 'La Chienne', with Robinson, Bennett and Duryea re-teamed in a Dudley Nichols script. Wanger produced the film, via a distribution deal with Universal, and Bennett and Lang got on so well it was rumoured they were having an affair. Wanger, a mere half dozen years later, suspected a man of having an affair with his wife, and promptly shot him in what's laughingly known as the groin! Tres formidable... he served a mere handful of months in a ranch style, low security prison... you gotta love Hollywood justice.

'The Woman in the Window' is first-rate noir, and worth it's place in the canon of films that kick-started the entire movement, coming as it did in the same year that fellow Austrian émigré Billy Wilder's definitive 'Double Indemnity' arrived. The studio made Lang water down the ending, and one imagines a German or French version would have ended with Richard's suicide, but such was the code at the time, c'est la vie.  One can't help but wonder that if the last two minutes were removed, it would undoubtedly pack an even bigger punch, but as it is all the elements reveal a master at work, sure of touch and keen eyed. Lang worked valiantly in his new home, looking for the right projects and turning out respectable and sometimes superior work. During the war he made a couple of brilliant anti-Nazi films, in 'War Hunt' and 'Hangmen Also Die', only to be pilloried and blacklisted by the Red haters in the early '50's and spending some time on the blacklist. So much for fleeing fascists. 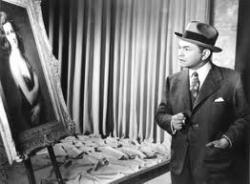 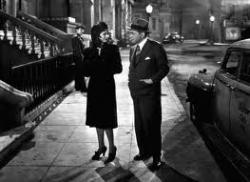 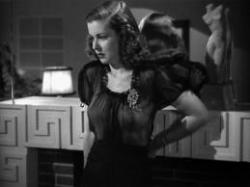 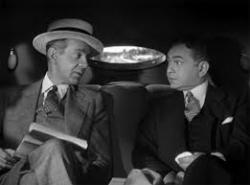 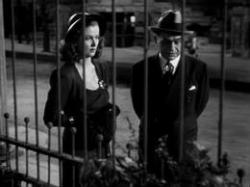 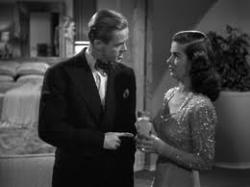