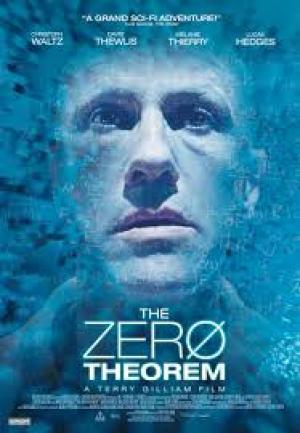 "It's got to add up to something"?
"Everything adds up to nothing"

Terry Gilliam brings his sci-fi dystopian fetish full circle with The Zero Theorum,  a companion piece to his earlier Brazil  and 12 Monkeys,  forming that most beloved concept of film critics everywhere, the dreaded trilogy. Gilliam has been a maddeningly uneven filmmaker through his many years as a director (often within the same film) with brilliant highs (Brazil, The Fisher King)  and rocky, uninspired lows (Tideland),  thankfully The Zero Theorum  falls nicely into the former category. Of course, as with such an idiosyncratic visionary as Gilliam, when he gets it right there are few can touch him. As is oft the case with Gilliam creations, given that so much is usually carried on the shoulders of his main ‘hero/anti-hero’ character, the best results come when a first rate actor takes the central role, and so it is here with the brilliant Austrian actor Christoph Waltz playing the lead role of the data crunching Qohen Leth.

In a future not so far away Qohen, a lonely and slightly neurotic functionary, ‘crunches entities’ for Mancom, a large data company where he works as a programmer. Qohen wants to talk to ‘Management’ (Matt Damon) about working from home to increase productivity, but he really wants to be home to receive a phone call he’s been expecting for years. Joby (David Thewlis), his supervisor, invites him to a party so he can bump into Management, but the meeting goes badly and he eventually needs to be saved from choking on an olive by another partygoer, Bainsley (Mélanie Thierry). Qohen is unexpectedly allowed to work from home and is given the task to continue the Zero Theorum project, but his anxiety flares up as he continues to get treatment from a virtual psychiatrist, Dr Shrink-Rom (Tilda Swinton). In the middle of all this Managements son moves in to help with the project and Bainsley and Qohen reconnect in a surprising way.

The Zero Theorum  is nothing less than Terry Gilliam’s ‘Meaning of Life’ thesis, his condemnation of technology for technology’s sake and his subtle swipe at religious modes of belief. Qohen is deemed suitable to pursue the mythical project because of his blind belief in a phone call that will deliver to him the meaning of existence. He’s not so much waiting for Godot as waiting for Telecom. Management knows that the key to control is to keep people distracted, that if they can stay busy trying to solve a pointless Theorum (albeit one that is sold as mysterious but important) while using the company’s product in the process, so much the better. In this model Management is the Pope, head of a huge corporation that sells invisible snake oil to an ignorant and gullible population. Gilliam reinforces the religious allegory by placing Qohen's living quarters in a run down church, replete with old stained glass images and candles, enhancing the 'steam punk' aesthetic he so loves. Qohen is an adept, a monk with his own faith seeking answers, seeking meaning.

Qohen gets beyond the manipulation of codified systems of belief, in this case literally codified as pieces of zeroes and ones, and embraces the possibility that he must give meaning to his own life. In order to do so he must discover that the idea of the phone call is just as mythical as the solving of the programming puzzle. Gilliam presents Qohen confronting a classic existentialist dilemma in a world where true connectivity is a rarity. Qohen’s most revolutionary act is to want to be left alone, at odds with the rambling tribal and social society that he sees about him. In this way he is a pointer to a future where isolation is common and human connectivity mostly virtual. Qohen reduces his human interaction to nil as he becomes consumed by the impossibility of solving the Zero Theorum, until Management’s unruly teenage son, Bob (Lucas Hedges) moves in to help.

Gilliam is aided in presenting a coherent essay on a complex scenario by the brilliant central performance from Christoph Waltz. Waltz is simply one of the most gifted and versatile actors working in film in the mid 2010’s, and a genius at getting to the nub of the character. Gilliam had previously cast Ewan McGregor and Billy Bob Thornton in the role, but Waltz makes such an indelible impression it’s hard to imagine anyone else doing as fine a job. Waltz evokes the borderline madness and tender melancholy that lurks at the heart of the character, a man deeply lost in a sea of data yet clutching to the last vestige of his humanity without knowing or understanding why. This is the tragedy at the heart of the film. Mélanie Thierry makes a memorable love interest and David Thewlis is great as the quirky and annoying company acolyte.

The idea of the meaning of life being solved by a teen ‘gamer’ is a sly comment on the value of philosophy. That life has to have a meaning is an idea as old as humanity itself, but that does not then mean that ‘everything happens for a reason’, one of the most unhelpful phrases in all of human history. Qohen’s tragedy is he buys the lie that meaning will be solved like a mathematical puzzle, as if it is a code that can be cracked. Religious thought operates on much the same principle, that a ‘solution’ to the meaning of life is available, and depending on where you were born and who your parents are, you’ll probably inherit the one they were given and then be told not to ask questions. Many religionists scoff at the idea of ‘nothing’, or zero, whereas science indicates that there is no ‘nothing’ in nature for us to be afraid of, and that a fully automatic, self-regulating universe is full of observable natural phenomena, as well as other phenomena for which a natural explanation will exist, whether or not we find it.

In The Zero Theorum Terry Gilliam has created a satire that is mostly a tragedy, in much the same way Brazil  was, but now it seems the virtual world is so close that the point may be missed by many. In the mid-80’s Brazil  seemed futuristic and fantastic, but the bleakness and emptiness of the consumer dominated wasteland as seen in The Zero Theorum  may be all to real to swallow. As Jean Renoir was told after his masterpiece The Rules of the Game  was booed off the screens of Paris, “For god’s sake Jean, don’t give them the truth, they’ll never forgive you.”  Gilliam challenges us to find meaning in our own lives, under our own steam and not to buy somebody else’s version of meaning. He is stating explicitly that not everything can be reduced to a number, and that there is no point in seeking meaning where there is none, with tools and ideas based on manipulation and lies. It’s a big idea, and a tough sell in a marketplace crowded with cheap thrills and low brow slop.

Terry Gilliam will no doubt continue to be one of the most interesting directors working in film and hopefully thought provoking films like The Zero Theorum  will be reassessed and cherished for what they are rather than condemned for what they are not. 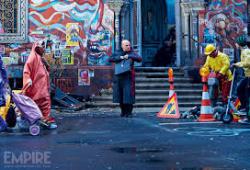 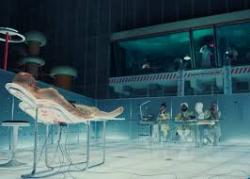 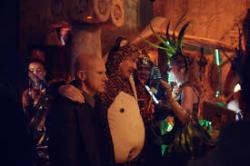 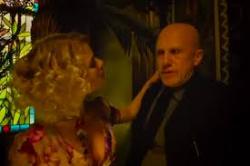 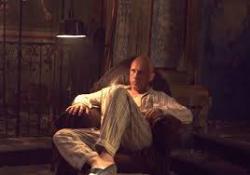 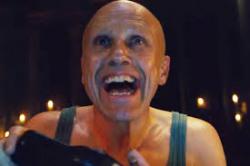