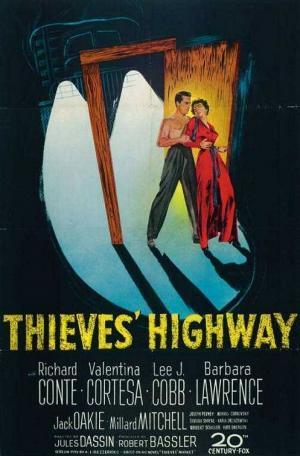 Daryl F. Zanuck, the hands-on autocrat who ran Twentieth Century Fox for 20 years did a great job at balancing his studio's output with populist mush at one end, such as the Shirley Temple cycle that built the studio's success, to the more important and enduring films like Ford's The Grapes of Wrath at the other, a film that remain a testament to what the studio system at it's best could achieve. Somewhere in between he developed a taste for 'real' stories, a hangover from his 10 years at Warners where he learnt the trade, and this saw him employ noted realist or Noir directors like Henry Hathaway, Otto Preminger, Robert Wise, Elia Kazan and with Thieves' Highway, Jules Dassin. Dassin had established himself as a director to watch with a pair of bruising films for Mark Hellinger and Universal, Brute Force in '47 and The Naked City in '48. Hellinger's early death left him free to work for Zanuck who purchased the right's to the A.I. Bezzerides novel of the same name, having the author himself adapt it for the screen.

Nick (Richard Conte) is a returning war vet, having seen action in Italy, and walks into his family kitchen as his father is seated at the table. The re-union is soured by his discovery that his father had lost his legs in a trucking accident, in dubious circumstances after selling goods to a shady San Franciso wholesaler named Mike Figlia (Lee J. Cobb). Nick resolves to take over his father's truck, and to make a success of it to enable his marriage to sweetheart Polly, who's family is a social rung or two above Nick's working class immigrant clan. Striking a deal with Ed (Millard Mitchell), the guy his father had arranged to buy the truck, Nick is in on a deal to truck the first prized crop of apples to market, ensuring a great price and a payoff that will set him up for life. Ed attempts to rip off the growers, but Nick intervenes to pay them the fair and agreed price, and he sets off in front of Ed's truck. Ed saves Nick from a bad accident while he's changing a tyre and then gets delayed himself, causing Nick to arrive at the market after the long haul well before him. Nick is intent on uncovering Figlia's part in his father's accident and wants to use the apples as his entree to dealing with the slimy figure. Exhausted from the run and having to wait to see what deal he can get he's taken in by Rica (Valentina Cortese) a sympathetic street working girl who offers her room fro him to rest until Ed arrives. The pair are attracted to each other but Nick is dedicated to Polly and doesn't act on the attraction.

Ed is again delayed by a breakdown and is stalked by predatory rival truckers trying to muscle in on the deal, and waiting for his old jalopy to fall apart so they can take over and get a cut in the process. Rika, it turns out, is working for Figlia, keeping Nick out of the way while Figlia disposes of his shipment, allowing him to lie about the price he got. Nick finds out and confronts Figlia, and takes all the money the apples brought in, and cashed up he calls Polly to come up and marry him. Still waiting for Ed he gets mugged by Filgia's henchmen and loses his money, sure that Rica is part of the plot he goes off to find her. Ed tries to up the speed and steams down a mountainside and his brakes fail, he crashes and burns. Dassin gets a superb shot of the apples tumbling down the hillside as the truck overturns. Polly arrives, but being informed that Nick has no money now she shows her true colours and rejects him. Nick discovers it was Figlia who set up his father and fights him in a truck stop, after Figlia and one of the rival truckers had gone back and picked up Ed's spilt apples, profiting by Ed's death. Cops arrive and break up the fight, and Nick goes back to Rica, the pair finally able to connect and dream of a future together.

Dassin's film addresses a post-war identity crisis that engulfed many Americans. The period coincided with one of the biggest consumer booms in history, and the story points up the potential corruption and exploitation that could come from such a boom. Figlia is representing 'Capital' and a rapacious profit-before-all-else motive, and his vulture like swooping on Ed's cargo is a siren warning that an 'economy' is not a 'society'. Interestingly one of the trucker's draws the line at doing the job, but one lines up with the 'boss', and so there are no easy answers as to where corruption lies, it exists on both sides of the labour divide. Ultimately Nick has to construct his own moral universe, and his rejection of Polly's respectable but empty promise rings hollow when stacked against the hooker Rica's inherent decency. Dassin has the law caution Nick about taking matters into his own hands, and Figlia actually gets his come-uppence at the hands of the state. As a Noir it's tonally consistent, even showing some influence of France's pre-war {Poetic Realists, but the denouement of the protagonist finding salvation and redemption and a future is a rare one in Noir, albeit in the arms of a prostitute.

Conte is fine as the solid and driven Nick, and Cortese is lovely as the tender hooker but Lee J Cobb is a standout as Filia, all swagger and bluster, and greasy charm when needed. A veteran of New   York's famous Group Theatre he would go on to a great screen career, including the union boss Johnny Friendly in Kazan's masterpiece On The Waterfront. Dassin would make one more film for Fox, during which Zanuck informed him he was about to be blacklisted and sent him to London to finish the film that became Night and the City.

Thieves' Highway is a neat metaphor for a journey to nowhere by a doomed and directionless generation. Only a rejection of materialism can save one from crashing and burning, only by the embracing of an 'inner' life can worth be found and true value attained, even if that commodity is found in dark and shadowy places, rather than the respectable and well lit. 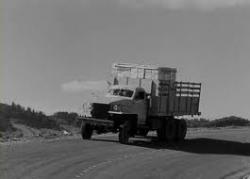 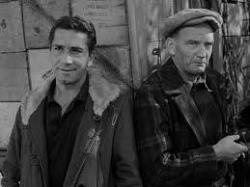 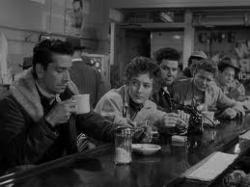 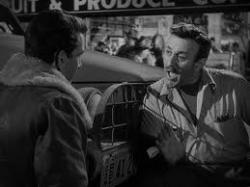 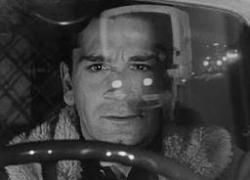