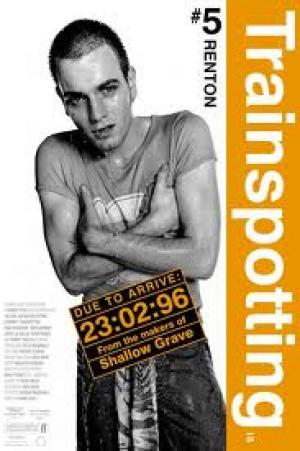 Margaret Thatcher said 'There is no such thing as a society", and proceeded to implement policy to reflect this narcissistic view of humanity. The resulting devastation of the lower   classes had severe consequences in that it created a wasteland of urban youth and a strained social framework. Against this backdrop, Danny Boyle tackled a savage novel about heroin addiction, and the limited options of Scotland's lower social classes for his second feature film and turned out a vigorous and era defining piece that still feels fresh and important. Irvine Welsh's coruscating prose from the 1993 novel served as the basis for the screenplay adaptation by Glaswegian John Hodge and the writing is earthy and urgent. The film is as much a kick in the cods as an essay in social disconnection as Boyle starts with a sprint and doesn't let up until the final frame. Ewan MacGregor stars and set himself up for a major career in the process, having been excellent in Boyle's debut feature 'Shallow Grave' and in the Dennis Potter TV series 'Lipstick on your Collar'. The brilliant and versatile Robert Carlyle steals the show as the sociopath Begbie, a part very well removed from his delicate role in Antonia Bird's 'Priest' in 1994. The ensemble cast is very well put together and the support roles peppered with memorable Scots voices and acting talent.

Football passion as a unifying social descriptor unites a loose assortment of young friends, some of whom also share a passion for avoiding certain harsh realities by getting high on heroin. Renton (Ewan MacGregor), Sick Boy (Jonny Lee Miller) and Spud (Ewan Bremner) use the drug regularly, to the thinly disguised disgust of the athletic Tommy (Kevin McKidd) and hard man, soccer hooligan Begbie (Robert Carlyle). Amidst a welter of dodgy job interviews, Sean Connery impersonations and trips to the highlands, the lads tread the treacherous ground of addiction and it's attendant dangers of deadly batches and HIV. Renton goes 'cold turkey' a couple of times, and after discovering his sexual drive returns as a result he ends up with the beautiful and mysterious Diane (Kelly MacDonald).  The mystery is revealed to be a tad more mundane than he'd like, and Renton decamps to London, only to be followed by Begbie and Sick Boy keen on cashing in big on a score of a large quantity of "skag".

Boyle invests the film with a warmth and flair for uncovering the humans underneath the addiction and squalor. Rather than follow the cinema verite style of a Mike Leigh or Ken Loach he favours a super-charged MTV form of visual, i.e. quick cutting, moving camera, caption inserts and fast pace. Boyle steps away from this with ironic use of renowned junkie Lou Reed's song 'Perfect Day', after Renton overdoses, a wonderful symbiosis of image and music. The juxtaposition of New York heroin chic meeting Edinburgh slum is ironic to say the least. Welsh comments on the Scots as a conquered race with the sly humour of one of their number, "It's shite being Scottish, colonised by wankers and effete arseholes", and Boyle parodies everything from James Bond to the iconic Abbey Road album cover in the process. Spud sings a tender version of Rolf Harris' 'Two Little Boys' at the sombre wake of one of their number as the post modernist ironies stack up, a reminder of the humanity and connection at the heart of the piece.

Renton begins the film by quoting a slogan, 'Choose Life', a bland catch all invocation to nothing much at all, made famous on the front of a Wham! T-shirt. The process from disconnected heroin user to London real estate spruiker is a relatively seamless one for him, but Begbie joins him and perverts his progress, "he's a psycho, but he's a mate". Ultimately Renton changes course and says, " I'm a bad person, I'm gonna change, I'm gonna be just like you'. This is Welch's point in placing Renton and those like him in a wider social context, as the narrative does not judge him or his actions, it merely points them out as fact and challenges us to deal with it. 'If you create the ground for this to happen don't be surprised that it does', is the philosophy that seems to underpin the commentary. Most junkies that survive to be 30 years old tend to become contributing members of society, it's only that their addiction is far more lethal in a short term sense than say gambling or alcohol, which is far more prevalent and far more destructive to the social fabric.

Boyle continued to show a visual flair and an uncanny ability to capture a sense of place and pacing with this film as he contributed to a semi-renaissance of the British film industry that roughly coincided with the music phenomena of Brit-pop in the '90's. 'Trainspotting' is a snappy and hip essay of a drug milieu, but one that doesn't shy away from the horrible events and pain and with a serious social comment woven into it's dna. Social lessons as entertainment can be just as effective as documentary, and in this film there are a number of telling pointers, washed down with a deceptive effervescence. It alludes not just to the meaning and effect of class structures or of the have's versus the have not's in the post Thatcher landscape, but also of the dangers of AIDS and of denying access to the economy for whole generations. It employs comedy, brutality and a fine sense of the surreal in addressing the issue in an energetic and accessible way. A fine and important film, and a remarkable ride from start to finish, with nary a kilt or a 'Jock' in sight. Och aye th' noo. 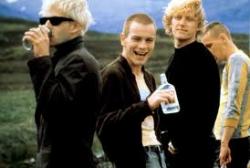 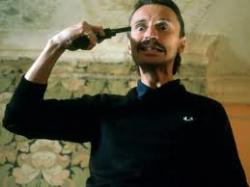 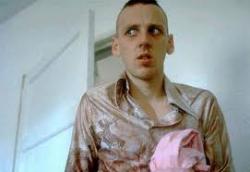