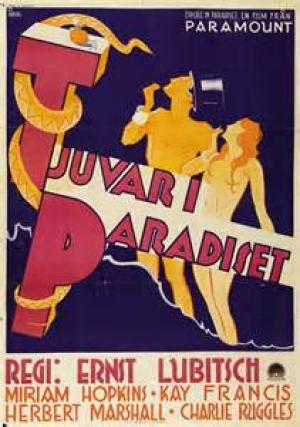 "How would Lubitsch do it?"
- sign hanging in Billy Wilder's office

Ernst Lubitsch was an early giant of World Cinema, an actor who rose to prominence as a director in Germany during the turbulent years of 1918 to 1922. In the space of 4 years he’d made enough of a name for his directing ability that Hollywood came knocking in the form of Mary Pickford. Lubitsch arrived in Los Angeles and stayed on the back of a six picture deal with Warner Brothers, and settled into turning out respectable hits. He reinvented himself as a maker of musicals when the ‘talkies’ arrived, his sophisticated eye, theatrical background in European Operetta and exquisite taste making him particularly suited to that form. The public embraced his delightful musical confections; he then turned his attention to his first non-musical talkie, the immortal Trouble in Paradise.

Gaston (Herbert Marshall) is a notorious master thief, and in trying to con a member of European royalty (Miriam Hopkins) he is himself conned. The couple immediately fall for each other, “my sweet little pickpocket,”  and embark upon a personal and criminal partnership across Europe. Eventually they set their sights on perfume heiress Mme Colet (Kay Francis), and Gaston takes a job with her that enables him to manipulate her funds to his advantage. Everything goes according to plan, but one of Mme Colet’s suitors (Edward Everett Horton) becomes suspicious he has seen Gaston somewhere before.

Sex on screen in America in the early ‘30s was coming under the pressure of moral crusaders, who were losing the war on alcohol (America consumed more under Prohibition, not less) and they campaigned for stricter censorship. Hollywood responded by finally agreeing to enforce the Production Code in 1934 - the code actually started in 1921 and was modified several times but never really followed. Hollywood opted for self-imposed censorship, rather than risk upsetting the government office and the Code ruled supreme for 30 years, forcing directors and producers into clever ways of subverting it.

Lubitsch and his favourite screenwriter, Sam Raphaelson, loosely adapted a recent play, but also used a 1907 memoir by a master thief as the basis for the piece. The fun revolves around a love triangle, one in which no-one is married and yet they are obviously sexually active with each other, an element that caused the film to be unavailable for 30 years after it was refused classification for re-release in 1935, after the code was being enforced. The opening title is suggestive in itself, as the words Trouble - In - come up as a graphic of a bed is inserted, before the word Paradise  arrives. Lubitsch then subtly suggests that notions of beauty and grace can be compromised by more earthy concerns by showing us a gondola in Venice, picking up the rubbish! The film is full of such clever visual clues and delights.

After the advent of sound Hollywood panicked and rushed in a surfeit of stage trained actors, opening the floodgates to many British stage actors with great enunciation and cut glass accents. Herbert Marshall was typical of the refined English gentleman character who gave a level of class to proceedings, contrasting the vibrant and earthy Miriam Hopkins and the sensual Kay Francis. Marshall, a one-legged WWI veteran who lost a leg at the hip due to German sniper fire, was born into a theatrical family and came to Hollywood after making a couple of British films, notably Hitchcock’s Murder,  in 1930. He made an impact in Josef Von Sternberg’s Blonde Venus   in the same year, a film he didn’t remember fondly, and went on to work consistently in film and radio for decades.

Miriam Hopkins is superb as Lily, a sharp, independent and modern woman in every sense, unlike the glamorous Francis who only needs to look ravishing, something she does very well indeed. The dialogue sparkles with innuendo and finesse, playfully lampooning convention and mores, “marriage is a beautiful mistake”,“there’s sex appeal in that safe”,  are lines delivered with panache and wit. In a nod to the Depression era Gaston says of the cheque he’ s collecting, “make it out to cash”,  and when it looks like he’ll be charged and convicted he says dryly, “you have to be in the social register to avoid gaol.”  The cast is neatly rounded out by great character actors, Charles Ruggles and Edward Everett Horton, and by C.Aubrey Smith, another ex-pat Brit and founder of the Hollywood Cricket Club no less.

Before Lubitsch, American cinema had vibrancy and flair, after Lubitsch they had elegance and culture, sophistication and wit. He showed the way for subtlety and nuance, the visual equal to the lyrical wit found in the contemporaneous songs of Cole Porter, Ira Gershwin and Noel Coward. Lubitsch may have been lauded for his ‘touch’, and been an artistic inspiration to many who came after, with Trouble in Paradise  the reason is plain to see, it’s a delicate gem, a touchstone for the age. 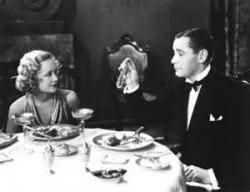 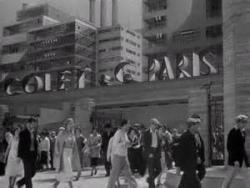 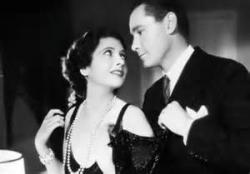 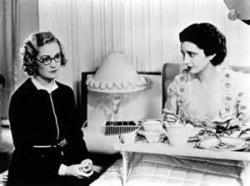 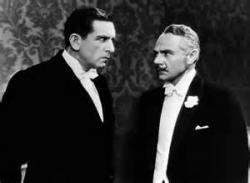