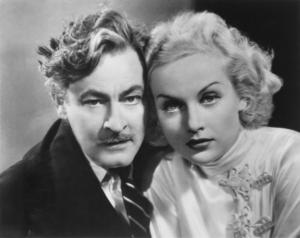 "I have a theory that the only way you can be any good is if the camera likes you. If the camera doesn't like you, you are gone."
~ Howard Hawks

Howard Hawks had by his own admission a few quiet years after Hollywood started to talk in the late 1920s, he’s said that the studios asked silent era veterans like him and John Ford what they knew about dialogue, when he replied ‘nothing’, they looked elsewhere for directorial talent. Hawks never aligned himself with any one studio, preferring to freelance, and with hindsight it seems he spent the rest of his life close to people who did understand dialogue, writers, and he made a point to use the best. In the early ’30s Hawks obviously was in touch with the prevailing zeitgeist, and filmed this ‘screwball’ comedy barely a month after Capra’s It Happened One Night had opened and energised a whole genre, Hawks also amplified the connection by employing two of the notable support players from that film in Walter Connelly and Roscoe Karns. "I’m a coward, unless I have a good writer I won’t start a film" was the Hawks much quoted dictum, and in this endeavour he enlisted the aid of Broadway darlings Charles MacArthur and Ben Hecht to adapt their own play, after no less than Preston Sturges was fired from the initial draft for tardiness! Yes he knew about writers, he also knew the camera loved Carole Lombard.

Oscar Jaffe (John Barrymore),a self proclaimed Broadway legend, is bulldozing his way through rehearsals for a new play he’ll direct and star in. He’s ‘discovered’ a new leading lady in Midred Plotkin (Carole Lombard), an unknown lingerie model, and begins to fashion her into a star called Lily Garland. In time honoured tradition he seduces the naive starlet and both the personal pairing, and the stage partnership are very successful. After 3 years of hits the neurotic and jealous nature of Jaffe has overwhelmed Lily and she leaves him to go to Hollywood, where she becomes a big star. Jaffe continues, but despite his best efforts and usual tactics his plays are all flops without Lily by his side. After a particularly calamitous outing in Chicago Jaffe is forced to flee his creditors in disguise and boards the train to New York, the Twentieth Century. On board the train and traveling to New York for a stage job with one of Jaffe’s Broadway rivals is Lily. Jaffe resolves to win Lily back and to sign her for his next production, thereby freeing himself from his predicaments.

Jaffe employs all his guile to get Lily to sign the contract, including playing his own death scene. Connelly and Karns are hilarious in trying to juggle the machinations and schemes of their boss, while maintaining some regard for their former leading lady. Lily shows herself to have gained some of Jaffe’s nastier characteristics in becoming a movie star, so the equation is not as straightforward as Jaffe had thought. In his near megalomaniacal phase Jaffe finds the only role that is worthy of his talents, Jesus Christ, and therefore he offers the role of the Magdalene to Lily! He pitches the part as a "sensual, heartless, but beautiful" He wants her Mary to "run the gamut from the gutter, to glory". Of course Lily has entered the unreal world of the star and is both flattered by the offer and appalled in equal measure, mostly by Jaffe’s usual tactics ‘You cheap ham’! she screams at him. The story incorporates a couple of Russian theatre actors who inexplicably revere Jaffe and a mentally ill religious nut who ends up providing ‘finance’ for Jaffe’s Passion Play. Joe Breen of the Hays Office, who controlled the censorship at the time, thought the public would object to a ‘Jewish’ industry like Hollywood, making fun of the Christian Passion Play, but passed the film nonetheless with only one line cut.

The joy of the film is the cutting comedy aimed at the heart of that Broadway institution, the ham actor, vain and over-puffed with the scent of his own self-importance. The film works beautifully because it employs a Broadway legend to take the mickey out of himself in John Barrymore, who finds in the blissfully deluded Jaffe his best screen role. Barrymore has a delightful moment early in the film where after his pretty secretary is seen bending over in front of him he merely says softly ‘thank you child’, in that moment the vanity and lechery of his character is summed up. Hawks knew he’d need a brilliant foil for Barrymore and he fought for Carole Lombard and in this part he created a star, as she’d mostly had minor parts at Paramount until then. She matches Barrymore step for step and here she helped define the ballsy ‘screwball’ heroine in her Lily Garland.

Hawks would go on to make more definitive ‘screwball’ comedies with the delightful Bringing Up Baby and the masterful His Girl Friday later in the decade, but with the fine and literate Twentieth Century it was the start of a beautiful friendship. 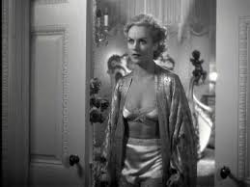 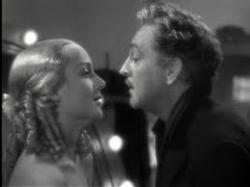 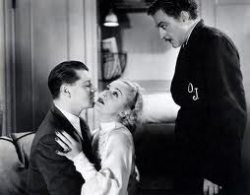 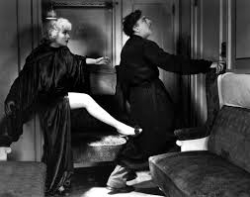 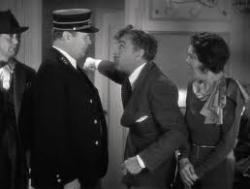