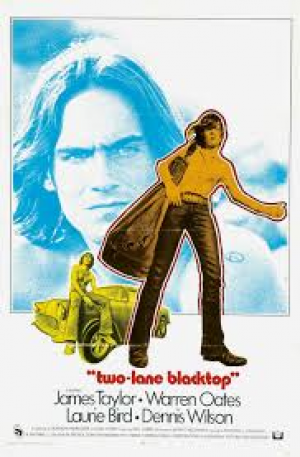 It may be an understatement to say they don’t make movies like Two-Lane Blacktop’ anymore, in point of fact it’s something of a miracle they ever did. In the wake of the game changing success of ‘Easy Rider’ all the major studios scrambled to capture the ‘youth’ market by green lighting projects by some suddenly cool directors, and Universal Pictures duly signed up projects by the terminally hip Dennis Hopper and Peter Fonda and by the relatively unknown Monte Hellman. The drug addled Hopper delivered the disastrous, ‘The Last Movie’, a big budget fiasco that sank without trace, Fonda the interesting and worthy ‘The Hired Hand’ and Monte Hellman the downbeat, existentialist, Europhile, superb car movie ‘Two-Lane Blacktop’.

A heavily modified, Black 1955 Chevy competes in illegal street races in Los Angeles for side bets, before the Driver (James Taylor) and the Mechanic (Dennis Wilson) drive east. They pick up a stray Girl (Laurie Bird) and encounter another muscle car and it’s driver, GTO (Warren Oates) and agree to race him across country for pink slips. An unconventional cat and mouse game ensues, where the bet is secondary to the experience, and different truths are uncovered about each of the participants.

Hellman, like so many of his contemporaries, got his start in the low budget world of  Roger Corman’s American International, and had made some impact with his two Jack Nicholson starring ‘existentialist’ western’s, ‘Ride the Whirlwind’ and ‘The Shooting’ in the mid ‘60’s. Nicholson’s sudden cache, post ‘Easy Rider’ and his association with Hellman probably helped ‘Two-Lane Blacktop’ get made, and for Hellman to cast his favourite actor, the idiosyncratic oddball, Warren Oates. Hellman cast non actors and music identities James Taylor (after seeing a striking billboard on Sunset Blvd promoting Sweet Baby James) and Beach Boys drummer Dennis Wilson in the other starring roles. Taylor struggled with the inability of Hellman to provide a finished script, but Wilson slotted into the improvisational and free spirited attitude without problem. In the tradition of the Italian neo-realists, and Robert Bresson’s ‘models’, Hellman kept the mood minimalist and the non actors low key.

As with many of his peers Hellman was enamoured of the European cinema of the time, and the influence of both Antonioni and Godard can be seen in his films, and in ‘Two-Lane Blacktop’ it is felt in the use of space, pacing and in the implicit political climate that suffuses the film. Hellman and his scriptwriter, novelist Rudy Wurlitzer, use the scenario to examine the collision of the ‘old’ America, of the solid man represented by GTO, a former Korean War vet, and of the counter culture ‘hippie’ generation of Driver, Mechanic and the Girl. Together they deliver a scathing portrait of alienation and ennui, the dark heart of the American dream, in a vehicle heavily symbolic of America itself, a souped up Chevrolet.

America in 1971 was at a crossroads, as the hippie hope of the counter culture and the baby boom generation crashed headlong into the harsh reality of the Nixon administration and the dubious morality of the Vietnam War. The USA had enjoyed an extended period of prosperity and influence post WWII, turning it’s wartime production capacity towards creating a consumerist orgy the likes of which the world had not seen, but the Kennedy assassination changed all that. A generation of Americans were now questioning their government, it’s methods and it’s use of militarism, fuelling a grass roots rebellion that eventually saw an end to the war in South East Asia. But the lack of the old certainties had it’s price, as youthful searching by the burgeoning counter culture took on metaphysical and existentialist dimensions, and many went out onto the nations ribbons of highways, searching for themselves.

The central characters in ‘Two-Lane Blacktop’ are all running away from an undefined something, aimlessly probing at an equally ill-defined future. GTO suggests the betrayal of the post war consumerist promise, and the emptiness of mindless consumption, as even the car he puts up in the contest has no meaning for him. The Girl is able to move seamlessly from one potential supporting male to another without any apparent moral quibbles, and in this regard she ironically becomes just another thing to be possessed. Driver and Mechanic only find meaning in the race, even though it’s meaninglessness is obvious to them as they manipulate it’s terms arbitrarily. Ultimately Driver has no other alternative than to put his foot down and rush towards the emptiness, embracing the only feeling he has, the feeling in the moment of action, as he becomes that moment, and Mechanic experiences it vicariously.

Hellman wears his art house influence in the final image, the Godard-ian burning frame of a cinema reel. Universal had no idea how to market their ‘youth’ films, and ‘Two-Lane Blacktop’ fell foul of the taste of old style mogul Lew Wasserman and inevitably flopped. Taylor, one of the hottest singer-songwriters in the ‘70’s, continued his stellar music career and remains in the handful of the best ever of that genre. Dennis Wilson led a rollercoaster existence, fuelled by sex and drugs and rock and roll, and the film business was just another avenue to feed his wild lifestyle.  Having literally dodged a bullet addressed to him from the Manson Family, Wilson had put Charles Manson and company up in his home and introduced them to music industry types like Terry Melcher (Doris Day’s son), who’s former house was the site of the Tate murders in 1969. Wilson would ironically drown in 1983, after a drunken episode at Marina Del Ray.

Warren Oates is a revelation as GTO, capturing the quiet terror of a man not fully comprehending the failure of the American dream, bewildered by a present that is not what was promised to him. Oates, a rare talent, beautifully delivers GTO's heartbreaking monolgue to the sleeping Girl about finding a shared future "where we can get clean", as pure and understated a performance as any in American cinema.  Oates was a favourite of director Sam Peckinpah, and entered the front rank of players with the visceral 'The Wild Bunch' a few years earlier, but unlike more mainstream stars such as William Holden he kept a taste for the offbeat and interesting, usually finding them in collaborations with Monte Hellman.

After the commercial failure of the film, Hellman never fulfilled the artistic promise it represented, despite having made another interesting western with Oates in 1977, ‘China 9, Liberty 37’, and eventually moved into teaching film. ‘Two-Lane Blacktop’ remains a vital lesson in itself, an essential entry in the American Renaissance period, a time when intellectual and political concerns were front and centre in the arts, and a low key masterpiece of mood and tone. 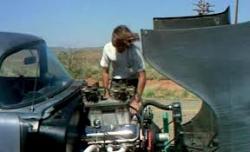 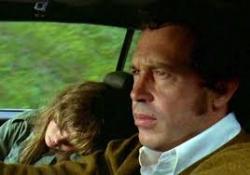