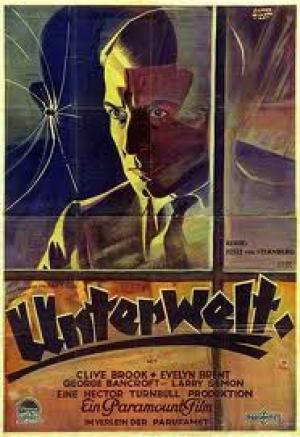 "A shaft of white light used properly can be far more effective than all the color in the world used indiscriminately."
~ Josef von Sternberg

In 1926, after the disaster of the lost A Woman of the Sea,  Josef Von Sternberg was unemployable again, but Paramount’s West Coast production head, B.P. Schulberg (father of the writer Budd Schulberg), at the urging of his wife, hired Sternberg, though as an assistant director. This title should really be assistant to the director, as the assistant director rarely, if ever, actually directs. However, he was called on to fill in for an ailing Clarence Badger for a day or two during the shooting of It  with Clara Bow. This led to his being assigned to finish Bow’s next, Children of Divorce,  replacing Frank Lloyd. He did so well on this job, proving he could play for the team, that he was given Underworld,  replacing Arthur Rosson.

The film was to be based on an original story by Ben Hecht who had spent some years as a Chicago reporter covering that city’s fabled criminal world. Among the many contributing to the script, some credited, some not, were Jules Furthman, Charles Furthman, Robert N. Lee, George Marion Jr., Howard Hawks, and Sternberg. Hecht was not happy with the final product, especially what he called the “half-dozen sentimental touches introduced by its director.”  He wired Sternberg, “You poor ham take my name off the film.”  Since Paramount wanted the prestige of a published novelist in the credits, Hecht’s name remained, and he did not object to accepting the first Oscar for Best Original Story.

Paramount cast Evelyn Brent and Sternberg cast his old friend Clive Brook, cowboy actor George Bancroft, and out of fashion comic Larry Semon. In addition to Jules Furthman, cinematographer Bert Glennon and art director Hans Dreier, another who was to become a regular member of Sternberg’s team was the colorful costume designer, Travis Banton. After an efficient five week shoot, timid studio executives opened Underworld  at a small New York house, but quickly moved it to the large flagship Paramount Theatre in Times Square when audience demand required round the clock screenings, for the first time, it is said, in film history.

In Underworld,  Sternberg established a pattern that would become familiar in his films of the thirties. A beautiful woman, Evelyn Brent as "Feathers" (a name and character who will reappear in the work of Jules Furthman and Howard Hawks) is divided between two men. One is totally physical, George Bancroft as "Bull", virtually a child like Tony in Scarface five years later. The other is mental, Clive Brook as "Rolls Royce",  educated, debonair, a gentleman. This character in later Sternberg films will bear a strong physical resemblance to the director, as Adolphe Menjou in Morocco and especially Lionel Atwill in The Devil Is a Woman.  In the later films, the character invariably loses the woman to the younger, more physically attractive man.

After the release of Underworld,  the admirable George Bancroft had become a major star, the first gangster star. While shooting a scene for their next film together in which Bancroft’s character “Two Gun” Nolan is shot, Sternberg instructed him to fall when he shouted, “Bang!” The actor did not fall on cue and remarked, “One shot can’t stop Bancroft!”  In his indispensable memoir Fun in a Chinese Laundry,  Sternberg tells of an unnamed actor, quite obviously Bancroft, repeating to him, “Isn’t it wonderful? You want to be like me, don’t you?”  Maybe not, but he surely would have liked to be like the characters Bancroft played. 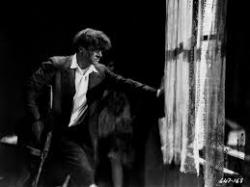 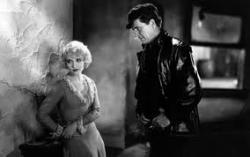 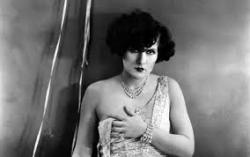 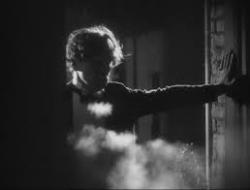 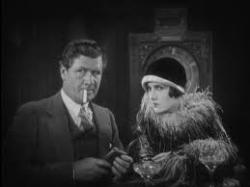