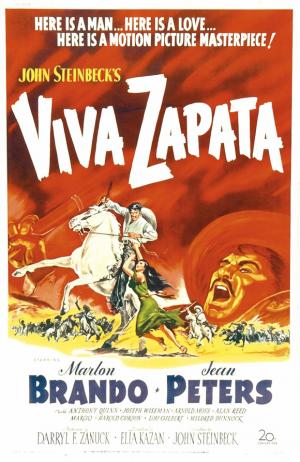 John Steinbeck had attempted to write a story on Mexican revolutionary Emiliano Zapata in the 1940's and eventually supplied a screenplay to director Elia Kazan upon Kazan's urgings. Daryl Zanuck funded the project at Fox, and after location filming proved impossible in Mexico, even after paying the requisite bribes to officials, Kazan chose parts of 'occupied Mexico' (thanks Steve Earle) to fill in, namely New Mexico and Texas. Marlon Brando was cast in the title role, then still a fresh but compelling actor having created a sensation on Broadway in his role as Stanley Kowalski in A Streetcar Named Desire with Kazan as director. The filmed version of Streetcar  was still fresh in the collective mind when Zapata came out, further enhancing Brando's reputation as the finest actor of his generation, even though Zanuck wanted Fox contract player Tyrone Power in the lead. Kazan stood firm, no Brando, no Kazan, and Zanuck agreed as long as Jean Peters (Howard Hughes' then girlfriend) was cast as the female lead. Anthony Quinn was cast in the pivotal role of Zapata's brother Euphemio, ironically the replacement Kowalski on Broadway after Brando left the play, but Quinn hated Brando and the two never got on.

Steinbeck's piece focuses on the 'reluctant messiah' aspect of the story that Zapata represented, drafted into the service and the protection of his fellow villagers from his southern Mexican region. Zapata tries through official channels to have the incumbent President Diaz apply justice in relation to ancient land titles, but Diaz proves corrupt and ineffective, and marks Zapata as a man to be watched. Zapata is arrested after trying to help poor agrarian peasants and they band together to free him, at which point he takes up arms against the government. Zapata aligns himself with an exiled politician Francisco Madero (Harold Gordon) and after Diaz is overthrown Zapata leaves the work of government to Madero and returns to his land and his new wife, Josefa (Jean Peters). Madero proves to be useless against the army that effectively control the country, and it's them, led by General Huerta (Frank Silvera) who Zapata has to confront once they assassinate Madero.

Zapata is caught between the impulse to improve his social standing and therefore his estimation in the eyes of his potential father in law who is a successful local figure, and the need to see justice done for the poor of his area. After he becomes a General in the revolutionary army, a position that the incumbent regular generals use to exploit, Josefa's father says to her of  Zapata, "Being a general is a business opportunity and he's not taking advantage of it". Euphemio succumbs to the same temptations with tragic results. Zapata longs to settle down to a quiet agrarian life, but constantly has responsibility thrust upon him, by a population that see him as a saint like figure. Zapata cries out at one point to a gathering of his followers, "There are no leaders but yourselves.... a strong people is the only lasting strength". Steinbeck finds fertile ground in the subject of a people who's Christian literature primes them for 'messiah' figures to capture their imagination, and the idea of a 'saviour' is imbedded deep in Judeo-Christian mythology. Zapata wears the saviour mantle uneasily, but with the corruption of  the Madero government echoing the poisonous one it overthrew, Zapata attempts to fill the post of President at the urging of the northern revolutionary leader Pancho Villa, himself tired of the endless fighting. Kazan provides a bookend devise when Zapata as president is confronted with exactly the same dilemma as he himself presented to Diaz, only Zapata favours direct action, at the expense of stepping aside from the Presidency he never wanted.

Kazan says he finally learnt to be a filmmaker with Panic In the Streets, and Zapata benefits greatly as a result. Kazan wrote that now he understood that the camera merely does not look at a face, it looks 'into' a face, and that he finally understood the composition of the long shot that Ford and others were masters of. The tone of the film has similarities with Ford's sweeping west, and that's partially thanks to cameraman Joe MacDonald who shot My Darling Clementine for Ford. Kazan has the confidence to hold emotional shots of Brando, and even if it slows the pace to a more European feel, it gives the film grace and depth. It also fits with Kazan's continued adoption of Italian Neo-realist principles, and the shots of the peasants and working class could easily have come from a Visconti or Rosellini film. Brando and Quinn both do fine jobs with their respective parts, requiring them to be both strong and vulnerable, sometimes simultaneously, but both eloquently essay the cost of war in a human sense, which lies at the heart of the piece. "Kill Zapata and your problem is solved" is the mantra of the political weasels at the end of the struggle, but the reply "how do you kill an idea"? is echoed in Kazan's filming of the final sequence, presenting Zapata as merely a figure in an endless continuation of a fight for justice for the common people, the latest symbol that hope is not lost. Kazan and Steinbeck present the political apparatchiks as the villains of the piece, able to bend philosophically with the prevailing wind, and the man that set Zapata on a political path, is the man set to destroy him once Zapata veers from the 'correct' party line, a pet hate of Kazan's.

Zapata is a man with no patience for 'real politik', as was Kazan, and given this production coincided with the HUAC hearings that would lead to Kazan appearing before them and 'naming names' it's a fascinating viewing exercise, and Zanuck was pressured to not make a film about a man trying to overthrow his government in the climate of the time.  Viva Zapata!  is Kazan painting on a broader canvas, but finding that his theatre techniques have finally been complemented by a cinematic aesthetic so that both areas are in sync in creating a satisfying whole. Kazan moved from this film into the most fertile and mature work of his career, despite the personal upheaval created by his 'friendly' testimony shortly after Zapata wrapped. The film is also a fine record of a director and a powerhouse actor working at the top of their games with excellent material, Brando always credited Kazan as the director who got the most out of him, and their next film together is possibly the creative high   point of both, the legendary On The Waterfront. 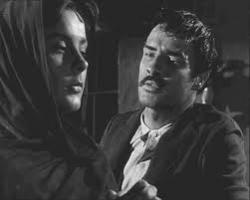 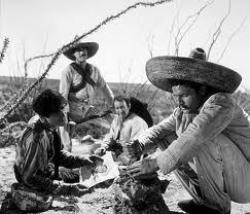 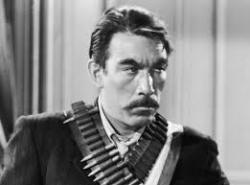 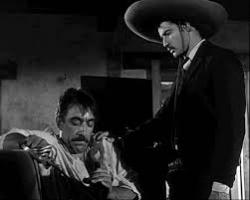 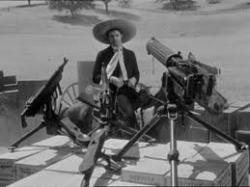