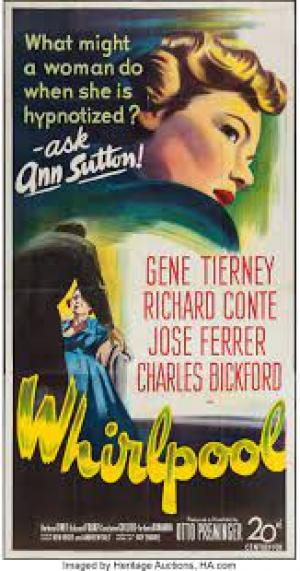 "When I finish a film, I want to forget it. I never like to repeat myself. Maybe, when I am dead, they will find certain consistencies in the style of my films, but I never want one film to look like another. " ~ Otto Preminger

Otto Preminger had done enough to establish himself as a top director at Fox by the time he came to make Whirlpool in 1949, but it had been a bruising decade and the cause of most of his anguish was his boss, Darryl F. Zanuck. The pair clashed frequently, the erudite European and the poorly educated scrapper from Nebraska, but they had enough respect to know each played a vital role in making good movies. In this atmosphere, Preminger sourced a first-rate Ben Hecht script in the late 1940s and proceeded to display the same facility with Film Noir that many of his fellow European émigrés had shown. Zanuck, hoping for another Laura sized hit, the unlikely blockbuster from a half dozen years prior, and insisted that the director reunite two of the stars from that seminal noir, Gene Tierney and Dana Andrews and Preminger added the oleaginous José Ferrer to complete a powerhouse three handed lead.

Ann Sutton (Gene Tierney) is the beautiful wife of Bill Sutton (Dana Andrews), a successful Doctor of Psychology, but she is a secret kleptomaniac. She is helped out of a shoplifting jam by David Korvo (José Ferrer) who Ann at firsts suspects to be a blackmailer. Korvo charms and insinuates his way into Ann’s life and soon exploits her vulnerable mental state to manipulate her into inadvertently aiding him in a murderous plot. Bill is convinced of his wife’s innocence and is aided by Police Lieutenant Colton (Charles Bickford) in attempting to unravel Korvo’s seemingly watertight alibi.

The recovery period of Post-World War II stress threw up several ‘psychological’ angles in cinema storytelling and it so happened that Film Noir was the ideal vehicle for the darker end of the collective scab pulling. In Whirlpool, Conte’s psychoanalyst doctor character voices a common complaint when he prefigures his wife’s predicament as he explains the problems of a young war veteran that he’s treating, who is silent and can’t ‘begin unloading his fears, secrets and guilts.’ He then nails the central tenet of many a psych-noir as he continues, ‘poor fella, the war was an easier conflict than the one he’s in now.’ Preminger deftly contrasts the psychological stress of the war with the internal struggles of Ann as she tries to come to turn with her depression, the result of a tough childhood and the resultant compulsions.

Preminger utilised all the formidable resources he had at a major studio in every department, having triple Best Cinematographer winner Arthur C. Miller shoot the piece in pristine black and white and genius conductor Alfred Newman handle the David Raskin score. Preminger’s staging is fluid and sublime, and he keeps the story, for all its twists and turns, taut and clear as the leads all shine, with Ferrer the stand-out. Gene Tierney brings a nice depth to her conflicted character and given that she had had her own bouts of depression, including some suicide attempts, she may have had an extra insight into the part. Zanuck was so concerned about her health that he demanded Jules Dassin write a part into the London filmed noir Night and The City, not long after, in order to keep the fragile star in work and out of trouble.

Ferrer had made his name on Broadway and was an actor of great range and presence, and here he plays a charming villain. Zanuck had insisted that, in order to create a character as memorable as Clifton Webb’s in Laura that he needed the inimitable Ben Hecht to jazz up the script, and Hecht is heard in lines as arch as Korvo’s observation to Ann on learning that she had not informed her husband that she was meeting another man for lunch; ‘a successful marriage is usually based on what a husband and wife don’t know about each other.’ That line and others equally as acid are deathlessly voiced by Ferrer in a role where he makes Hitchcock’s adage that the whole film benefits when the villain is charming, smart and formidable.

Hecht was scathing of Hollywood and its slight demands on his talent, but nonetheless he ‘slummed it’ in spectacular fashion and provided several key Film Noir’s with sparkling highlights during this era, including both Whirlpool and Where The Sidewalk Ends (yet another Andrews/Tierney teaming) for Preminger. Hecht even manages to get a sly dig in against the anti-trust legislation that was making life difficult for the old studio system, being forced to divest itself of certain assets, when Korvo is describing Ann as an ‘unfaithful wife,’ and then tells the police lieutenant ‘personally I’ve nothing against women betraying their husbands, even our government is against monopoly.’  Preminger delved deeply into the latest research on psychoanalysis, eager to imbue a verisimilitude to the film and to exploit the interest in what science had to offer as help for damaged psyche's, whether war damaged or simply damaged by the various and complex demands of modern living. His heroine is a middle class woman who has the 'perfect' life, but as ever Preminger was interested in the dark underbelly of American life.

Gene Tierney gives a lovely performance as Ann and shines in the confession scene with her lawyer and the policeman as she tries to convince her husband he is better without her because she is a thief. Tierney discovered a dramatic depth that she was rarely required to show and is a fine match for the scene stealing Ferrer. Richard Conte is solid as the earnest doctor and brings a muscularity possibly more suited for the strong-arm roles Fox normally cast him in, but his intensity is a plus. The acting honours belonged to Ferrer, who had been a Broadway mainstay for nearly a decade before making several films in a short period in 1949 and 1950. After Whirlpool he made Crisis with Cary Grant and Cyrano De Bergerac, for Stanley Kramer, for which he won the Best Actor Oscar, becoming the first Hispanic actor to do so. He moved into direction and production in the mid 1950s and worked successfully for decades, but his acting here is one of the high points of his long career.

Otto Preminger was at the top of his studio game and near the end of his Fox tenure with Whirlpool, where he was the consummate technician having helmed brilliant and memorable films for Zanuck during his time there, but he was soon to find his real artistic mettle as an independent producer. When Preminger was finally free of studio limitations, he pushed boundaries and created challenging and provocative films that enhanced his already solid reputation. His educated palette, European sophistication and unerring artistic eye enabled him to continue as a first-rate director and producer for another two decades, but his output for Fox shows what can be achieved when the studio system meets a true artist. 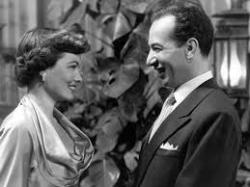 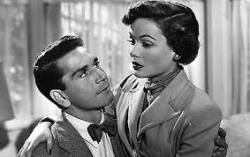 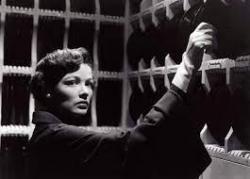 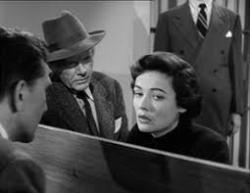 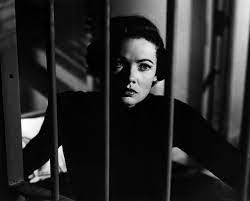