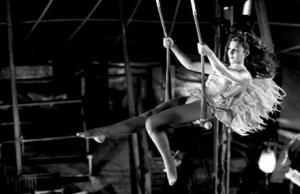 Wim Wenders captures the nature of desire, the achingly sublime dimensions of  human emotion, suspended it seems between euphoria and melancholy, yet calling us on like the eternal siren song until we crash, blissfully or miserably, on love’s beckoning shores. Wings Of Desire examines what it is to be human and to yearn, to be led by the heart and not the head, by the body and not the mind. The device Wenders uses to unlock his fable comes in the form of 2 burly, pony-tailed, winter-coated and unlikely Angels, Damiel and Cassiel (Bruno Ganz and Otto Sander respectively). Looking more like footballers than angels they observe and inspect, inevitably they question what they see and eventually get in touch with their inner humanity in ways that are unexpected and poetic.

These angels have been around forever, and can listen in on human thoughts as they flit from shoulder to shoulder, observing but importantly not intervening. Wenders shows them ‘on high’ to start with, looking down like gothic gargoyles from city vantage points, tall statues or buildings. Children, seemingly signifying purity of heart are able to see the angels, but not adults. As the angels mingle with the citizens we hear the minutiae of Berliners daily lives, worries and fears. The angels seem cool and unemotional but a couple of events jolt them out of their detached serenity and sow seeds of doubt as to their function. Cassiel is close to a man who suicides and feels the sudden pain and despair of that act, and Damiel falls in love with a high wire circus performer, Marion (Sloveig Dommartin).

Damiel spies Marion rehearsing her high wire act, a physically life threatening risk he has no understanding of, and as if to offer complete counterpoint to his situation she’s wearing fake angel’s wings. Her freedom on the wire is tempered by the news that the circus must fold due to lack of funds, but she will have one last high wire turn. Amidst an audience of mainly children Damiel watches her last performance and resolves to make the journey from angel to human to be with her.

Cassiel supports his friends decision to make the jump across the ether, to the realm of flesh and blood and pain and desire, where feelings have consequences. Wenders plays with the audience by introducing an American TV star (Peter Falk) as himself, only to have him revealed as one of the few to have made the crossing also. His scenes with the ‘invisible’ Damiel are sweet and touching. The urge to overly sentimentalise the scenario would prove too much for the turgid American remake, but Wenders makes no such concession.

Wenders contrasts modern Berlin with wartime footage which shows the angels as witnesses to that horrific time.  Berlin in 1945, after the bombings and while the Soviets were squaring the ledger for Stalingrad was pure hell on earth, and testament to the evil we do to each other. Wenders and co-writer Peter Handke set markers for the limits of human experience, from the mysterious and ineffable to the monstrous and unpalatable. Both of these dimensions define humanity, for better or worse, yet they seem to suggest that eternal celestial detachment is no match for getting down and dirty. Ironically it’s that duality the philosophers identified as early as the Zoroastrians, the urge for an immortal, trancendant state, only to have the flesh demonised by future religious traditions instead of celebrated.

Ganz gives a beautiful central performance and Dommartin is radiant as the girl an angel would trade his wings for. The scenes involving the couple yearning, seperate but not understanding the invisible bond, are some of the most subtle and erotic on film and owe a debt to Vigo's beautiful ode to love 'L'Atalante' (1934). The photography by Frenchman Henri Alekan of Cocteau’s ‘Beauty And The Beast’ fame is gorgeous and moves effortlessly between classic black and white and colour. The film also recalls Marcel Carne's intensely romantic 1942 film, 'The Devil's Envoy', in which two agents of the devil come to earth and one is transformed by love.

A romantic masterpice, and a film to get lost in, again and again. 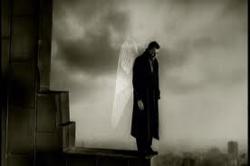 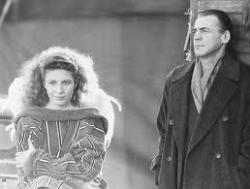 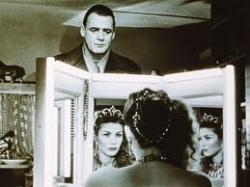 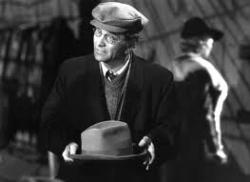