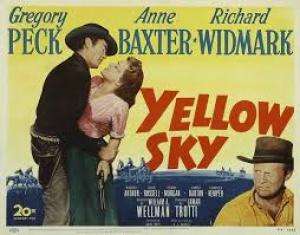 "Get a director and a writer and leave them alone. That's how the best pictures get made"
~ William A. Wellman

Yellow Sky is a superior and undervalued western from the sure hands of grizzled veteran William A. Wellman. 'Wild Bill' Wellman cut his teeth in the silent era and specialised in robust, tough hewn action films mostly, much like his peers Raoul Walsh and Victor Fleming, with the odd notable exception of A Star is Born and Nothing Sacred, both from 1937, a melodrama and a screwball comedy respectively. Like John Ford and Howard Hawks he was also part of the era where the white hat/black hat western was a staple of every Hollywood studio and his keen eye and experience paid dividends in Yellow Sky, a quasi-psychological Noir western. Wellman crucially teamed up with cinematographer Joe MacDonald to shoot the project, and MacDonald’s experience on John Ford’s masterful My Darling Clementine served him in good stead, his memorable compositions and sombre tones helping to elevate Yellow Sky to realms of visual poetry. Wellman took Fox contract stars Gregory Peck and Richard Widmark on board and also Anne Baxter, fresh off a Best Supporting Actress Oscar for The Razor’s Edge, to star in the gritty tale of gold and greed.

A pack of riders trots in to a western town, led by Stretch Dawson (Gregory Peck) and lines up at the saloon bar to drink whiskey. They drink their shots and ask benign questions before ambling across to the bank which they then hold up in a starling laconic fashion. They scoot out of town and unfortunately find a Cavalry troop hot on their tail. After a breakneck chase the robbers head out across an inhospitable desert and the troops break off, expecting them to perish during the crossing. The men stagger finally into a ghost town, Yellow Sky, and recover with the help of an old prospector and his grand-daughter Mike (Anne Baxter). The bandits are awake to the fact the old man has struck gold and make a deal with him to let him keep half. The deal is called into question as Dude (Richard Widmark) undermines Dawson’s leadership, and accuses him of a personal interest in the woman.

Wellman marched his company out to film on location at Death Valley, and the resulting desert footage is remarkable. MacDonald is able to extract maximum visual yardage from the desperate crossing, eerily reinforced by the lack of a musical score. Apparently, the instruction from Zanuck was to cut costs on the lot by reducing musical components in the Fox films at that time, so Wellman only got a second-hand Alfred Newman piece as the theme and some bare incidental music to work with, but the effect is to underscore the tension with silence, a technique ironically years ahead of its time. Also, to speak of artistic choices would be to invite a punch in the nose from Wild Bill, who made movies mostly for money and then to entertain his audience. The idea of a personal or ‘auteurist’ cinema to him would be laughable, but of course even the work of a journeyman/craftsman has artistic dimensions, even if it is not a conscious focus. Wellman (like John Ford who also decried any artistic dimension to his work less he be seen as a ‘pansy’), made artistic choices that he may have liked to define in other ways, but they were artistic nonetheless.

The cast is first rate throughout, with Peck very solid as the conflicted leader whose hard edge is worn down by the plucky girl fighting for her corner. Dawson knows she has moral right behind her and that’s what eats away at him as much as his desire to get up close and personal with the young woman. Wellman delineates the characters of the disparate band of outlaws with remarkable economy. With only a few lines of dialogue, or a knowing look captured fleetingly, we know we have a treacherous deputy in Dude, a leering would be rapist in Lengthy (John Russell) and a naive idealist in Bull Run (Robert Arthur). Richard Widmark is effortlessly slimy in a restrained characterisation as Dude, a man who has no scruples and is proud of it. Dude reminds Dawson that there is no honour amongst thieves, and that puts him in touch with his nascent humanity as he struggles to return to a world of decency and trust. Sturdy support player Harry Morgan, who had worked for Wellman in the sublime The Ox-Bow Incident, is a welcome presence as Half Pint, as is James Barton as Grandpa.

If WWI was a personal wrench for Wellman, WWII served as a collective calamity for America and the world, coming to terms with industrial scale loss and the unspeakable horrors of the holocaust.  Post war audiences encountered a different kind of western, where many (like Film Noir urban crime films) took a turn towards the bleak, a reflection of a collective will to explore and attempt to understand some of the darker strands of human nature. The setting for Yellow Sky is not so dissimilar as it is 1867, a couple of years after the disastrous American Civil War had split the nation, and the protagonists here have scars and legacies from that conflict that are hinted at in the dialogue. Apart from the external conflict with the environment, they also have an internal conflict, to listen to their ‘better angels’ and find some personal redemption or to continue to plunder the weak and helpless.

Wellman’s most notable claim to fame is that he directed one of the two Best Picture winners at the first Academy Awards, Wings, (the other being Murnau’s Sunrise). He was uniquely qualified to direct Wings, being an ex-fighter ace from WWI where he flew over France and Germany registering three confirmed kills and 5 probable. A self-confessed ‘man’s man’, he got into the movies after the war thanks to Douglas Fairbanks Snr but found acting to be “unmanly”, so he worked his way through many menial roles until he became a director, and by 1923 he was working regularly in that role. Wings may have assured his career but The Public Enemy starring James Cagney put him into the A-List in 1931, however he struggled to provide consistent, quality films through a career that lasted another 30 years. Yellow Sky remains one of his signal, if overlooked achievements.

Credit for bringing all the elements together to make a superior western must also go to producer-writer Lamar Trotti, a fixture at Fox since the early 1930’s, a talented screenwriter who had notable successes with Young Mr Lincoln and Drums Along The Mohawk for John Ford, Edmund Goulding’s The Razor’s Edge and The Ox-Bow Incident, with Wellman. Trotti would sadly pass away at the age of 51 a mere 3 years after Yellow Sky, which forms a significant place in his not inconsiderable legacy. This western was also a fine showcase for all Gregory Peck had to offer, in fact he would make one of the all-time great westerns two years later with Henry King, the superb and unforgettable, The Gunfighter. 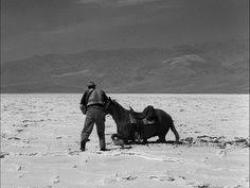 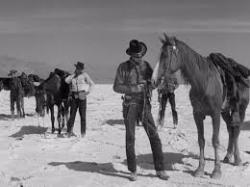 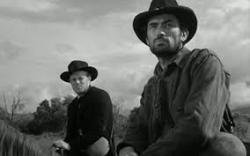 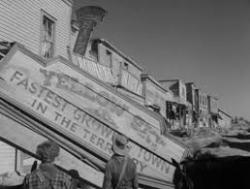 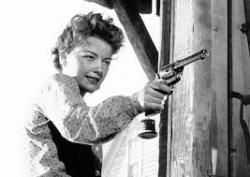 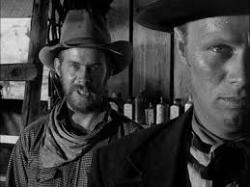 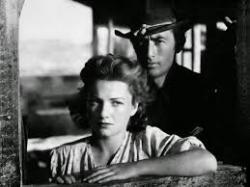