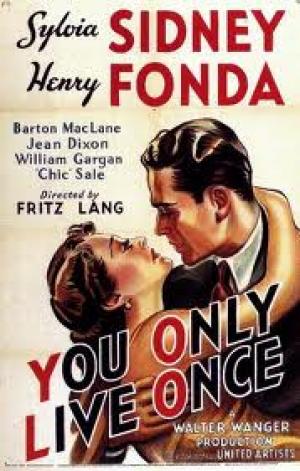 You Only Live Once

After the Nazi’s came to power in the mid ‘30’s, noted director Fritz Lang (Metropolis,M) was made an offer he could refuse by none other than Joseph Goebbels himself, to take over the running of the state film company, effectively to produce Nazi propaganda as they pushed to dominate Europe with their totalitarian vision. Lang’s wife had turned out to be a supporter of the Nazi’s and had joined the party before their divorce in 1933, and Fritz, (who unbeknownst to the Nazi’s was actually half Jewish) disgusted by Goebbels and his cronies, availed himself of the first ticket out. Lang eventually made his way to the Hollywoodland of dreams and immediately turned his eye to the darker side of the American psyche with the lynch mob piece Fury, starring Spencer Tracy, his second effort was the atmospheric, proto-noir You Only LiveOnce.

Jo (Slyvia Sidney) works in the Public Defenders office, her ulterior motive is to help her boyfriend Eddie (Henry Fonda) who is in the last days of his three-year stretch. Jo’s boss (Barton MacLaine) is in love with her but knows he can’t compete with her affections for Eddie and so helps Eddie land a job with a trucking company. A blissful reunion for the couple is tempered somewhat by the prejudice they experience on the outside towards ex-con Eddie. Soon the relationship is thrown into turmoil when Eddie becomes the main suspect in a bank robbery, but Jo is confident of his innocence and is sure the law will clear him.

Lang set the tone in many ways for the flood of noir films that followed in the wake of You Only Live Once. Visually there are obvious references to the heady days of German Expressionism, with a couple of standout scenes, one in the pouring rain as the robbery is about to start, and one on death row with a cage of shadow and light. The influence of the Warner Brothers gangster/social issues cycle also informed the narrative, with Lang preferring the focus of the individual rather than the system. Lang suggests that the condemnation of Eddie’s past and the reluctance to not give him an “even break” operates at an individual level, rather than at a societal one, a chain of prejudice made up of single links.

Henry Fonda in 1937 was on the cusp of stardom, churning his way through program pieces and biding his time until the right parts and the right directors came along, crucially ones that could utilise his then unconventional sensitivity and introspective bent. In an era redolent with more macho actors, like Cagney and Gable, Fonda presaged the new and more psychologically dimensional male that would become commonplace after the war with the rise of Actors Studio types like Brando and Clift. Sylvia Sidney had worked with both Lang and Fonda before, with Fonda on the first location shot technicolour film ever, Henry Hathaway’s The Trail of the Lonesome Pine in 1936, and with Lang in Fury. She had also proved a worthy Hitchcock heroine the year before in the atmospheric Sabotage.

The shared influences and abilities between Hitchcock and Lang were never more stark than here, both in terms of visual flair and the capacity to create and maintain tension. The pair became the benchmark by which to measure the thriller during the 1940’s but Hitchcock subsequently proved much more adept at self promotion and maintained the greater hold on the public imagination, while Lang worked at the margins, which suited his ‘outsider’ sensibilities. It wasn’t until Lang’s reputation was resurrected by the French Nouvelle Vague icons in the 1960’s that his overlooked American output came to be seen as  vital and worthy of a director of his talents.

You Only Live Once is a prime example of the studio system working at it’s peak, Lang having A-grade facilities and cast available to him, and a dynamic producer in Walter Wanger. Wanger and wife Joan Bennett would go on to form a production company with Lang in the ‘40’s that produced a trio of fine noirs, including Scarlet Street and The Woman in the Window. Fritz Lang is the obvious link between silent era expressionism and Film Noir, and in many ways should be regarded as the father of the genre, an inventive and resourceful filmmaker and an A-list auteur. 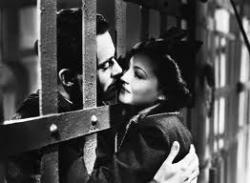 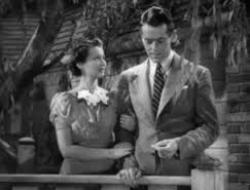 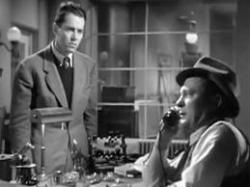 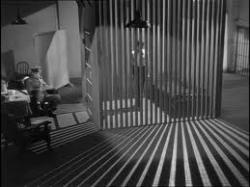 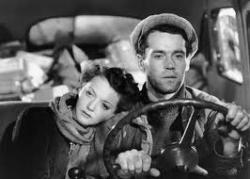