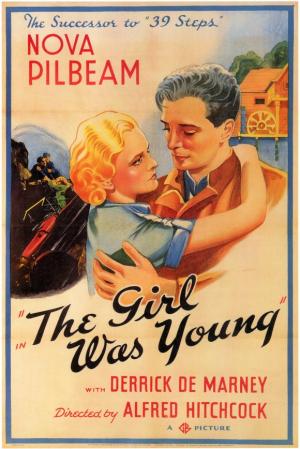 Hitchcock always mentioned 'Young and Innocent' as a personal favourite amongst his British period output, and given it’s a fairly slight romantic comedy that comment seems odd, so I guess we have to assume the old pervert was a soft-hearted romanticist at heart after all?! The film opens with a fairly brutal marital argument between a showbiz couple, and contains the giveaway facial tic that will reveal the murderer in the end. Hitch makes the most of the seaside locale to have a body discovered on a beach, only to then have the accidental finder of the woman’s body become a suspect in the murder as he’s seen running away from the body in the surf. This is a classic Hitchcock ‘wrong man’ dilemma, a favourite motif of Hitch’s and one that he’d already scoped out definitively two years earlier with ‘The 39 Steps’ and one that would also give him material in every era of his long and distinguished career.

Christine Clay (Pamela Carme), an actress, argues with her ex-husband about Robert Tisdall, a young man staying near her on the coast. Robert Tisdall (Derrick De Marney) is the man walking along the seaside cliffs when the body washes ashore. He runs to call the police, but two women see him and later report this to the police who question him, finding out he has a connection to the dead woman. As suspicion builds upon him it’s clear the murder weapon was a belt from a raincoat, and it’s discovered that his raincoat is missing. he determines to find his raincaot and prove his innocence.

The humour in this for a British audience (bloody English weather) would have been lost on many others, but would have no doubt delighted Hitchcock. Tisdall is charged with the murder and finds his lawyer to be completely uninspiring and so escapes from a busy courtroom. He encounters the Police Chief’s daughter Erica (Nova Pilbeam), who’d revived him earlier after he’d passed out in the courthouse, and she is pressed into helping him escape.

The 'Macguffin' in this case is the raincoat, and the suspense lies in the pair tracking it down after it'd been stolen from Tisdall. Hitch also throws in some unusual (for him) family oriented scenes, with Erica having to endure her particularly unattractive siblings at dinner. Hitch then essentially turns it into a 'lovers on the run film', having the couple fall in love after being thrown together by the fates. The book is a 'whodunnit', but Hitchcock disliked these and altered it, preferring to let the audience in on the 'who', leaving him free to concentrate on the how? The hurdles the couple have to overcome include an inept police force, a children’s birthday party and a mine collapse!

The rapport between the two leads is charming enough, but the sexual frisson that existed between Donat and Carroll in ‘The 39 Steps’ is missing, Young and Innocent indeed. Basil Radford makes great play in the children's party scenes and obviously endeared himself to Hitchcock as he was cast 2 years later as the uber-Brit Charters in 'The Lady Vanishes', going on to establish an iconic double act in the process with Naunton Wayne as Caldicott.

The bravura Hitchcock trademarks are found however, in the studio based mine collapse as a car the couple drive into a mineshaft disappears into the abyss, Erica hanging on by her fingernails, and in the reveal of the giveaway twitch. In a memorable long and fluid camera move that anticipates Alicia’s famous key shot in ‘Notorious’ Hitch has the camera shoot across a huge ballroom to the band, closing in on the drummer until the screen is filled with his eyes only, which then start to twitch. Modern tastes might be a little dented by the fact the entire band is in blackface, a curio from another era, but it adds another dimension of disguise that is unexpected and surreal, but effective.

Hitchcock’s trademark ironic humour is to the fore, as it is in most of his best work, and the film has enough thrills and spills and warmth to pass the test of most modern viewers willing to submit to the light charms of a by-gone age. A must see for Hitchcock students, if only for the hints and clues of the glories that were to come.

*The US release title was 'The Girl Was Young' - a sign of a more innocent age it must be said. 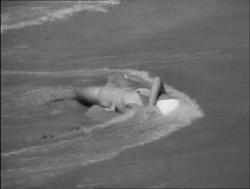 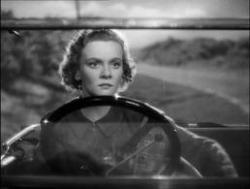 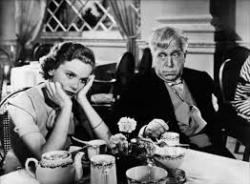 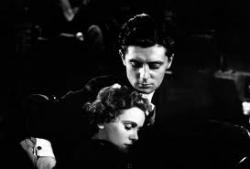 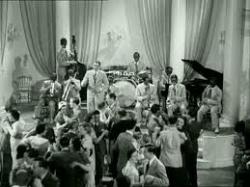 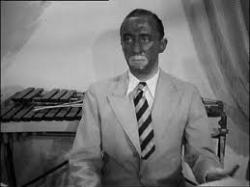