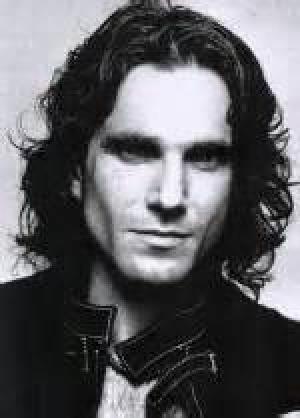 Daniel and the tradition of quality

"One of the great privileges of having grown up in a middle-class literary English household, but having gone to school in the front lines in South-east London, was that I became half-street-urchin and half-good-boy at home. I knew that dichotomy was possible."
~ Daniel Day-Lewis

Daniel Day-Lewis was born in London into high culture, the son of British poet laureate Cecil Day-Lewis and stage actress Jill Balcon, and took to acting from a young age. After a stint with the famous Old Vic and with the Royal Shakespeare Company he moved into feature films via a series of small roles until in the mid-80’s he gained attention with the timely My Beautiful Laundrette  for director Stephen Frears. He made an impression with a small but well realised role in the wonderful Merchant-Ivory period piece A Room With a View,  and broke through as a leading man in the fine adaptation of Milan Kundera’s The Unbearable Lightness of Being  for director Philip Kaufman.

Day-Lewis soon garnered a reputation for investing in his roles with an intensity unmatched by many of his peers, taking a very American style ‘Method’ approach to his art, instead of the more English technique favoured by classical actors like Laurence Olivier or John Gielgud. Daniel’s dedication to his art paid off with his next role, the cerebral palsy victim Christie brown in Jim Sheridan’s My Left Foot,  as he won several awards including a Best Actor Academy Award. Following the win Day-Lewis went back to stage work, including the role every serious actor covets, Shakespeare’s Prince of Denmark, Hamlet. On available evidence, and despite his own protestations to the contrary, he became very fussy in choosing film roles and would make merely 10 films in the next 25 years.

Fortunately, many of those roles are amongst the finest in the modern lexicon, and amongst their number are two more roles that won Best Actor Oscars in There Will Be Blood  and Lincoln.  He varied his characters from the fierce intensity of The Last of the Mohicans and Gangs of New York,  to the gentle classicism of Age of Innocence  and The Crucible.  He reunited with Jim Sheridan on a pair of films that complete a loose ‘Irish trilogy’, both burning with a fierce and unforgettable fire, In The Name of The Father,  a stunning look at the miscarriage of justice surrounding the Guilford Four and The Boxer,  a more personal but ferocious role about an ex IRA man seeking redemption.

Day-Lewis never fell for the treadmill style of endless output so favoured by big movie stars, and his name is a by-word for quality in a film because of that. He’s left acting all together for long periods in order to refresh himself outside of the fakeries of the ‘showbiz’ world, and it shows. He is now lured out by talented directors with great roles, and the fact that he doesn't dilute his talent by accepting formula parts gives his body of work even more integrity.

Daniel Day-Lewis is a rarity, his level of preparation matches that of the De Niro’s of the world, and his performances bristle with wit, intelligence and commitment second to none. As an actor he embraces a fearlessness and boldness that allows him to reach places few actors can and whatever he does in the future he will be widely regarded as the finest actor of his generation. It's certain that whatever comes next is bound to be exceptional, how many actors can that be said about? More power to his arm.