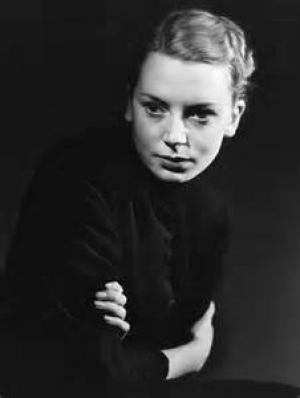 A touch of class

"All the most successful people these seem to be neurotic. Perhaps we should stop being sorry for them and start being sorry for me - for being so confounded normal." ~ Deborah Kerr

The eminently sensible, and decidedly normal Deborah Kerr was born in Scotland and came to prominence on the English theatre stage in the late 1930’s. She rejected a career as a ballet dancer and focused on acting in groups like the Oxford Playhouse until she was spotted by Michael Powell who gave her a bit part in Contraband  in 1940, but her part ended up on the cutting room floor. She nonetheless found success with the public in other films like Love on the Dole,  and Hatter’s Castle  until Powell, a shameless roué with an eye for a beautiful woman, called on Kerr when he was casting his controversial epic wartime The Life and Death of Colonel Blimp,   promptly gave her three separate key roles, and fell in love with her in the process.

Despite falling under Prime Minister Churchill’s opprobrium, the film was a smash hit and Kerr’s performance critically acclaimed, her British film stardom now assured. She worked for famed impresario Alexander Korda in Perfect Strangers,  opposite the ill-starred Robert Donat and then teamed up with the noted team of Gilliat and Launder for the very fine, I See a Dark Stranger.  She turned down Powell and Pressburger’s A Canterbury Tale,  as she tested the waters in the US, but Powell lured her back, even though they’d spilt as lovers, for the remarkable Black Narcissus,  a situation made more complex by the fact she was playing opposite Powell’s new lover, Kathleen Byron. Kerr informed him that she’d be taking her chances in Hollywood from then on, and after Louis B. Mayer came knocking she headed to the USA and to worldwide stardom.

Mayer introduced Kerr to America by starring her opposite the King of Hollywood, Clark Gable, in the melodramatic The Hucksters,   and Kerr duly settled into the standard contract player fate of being assigned to properties of varying quality. Kerr inherited an A-list film when Katharine Hepburn and George Cukor decided that Edward, My Son  would not be a Tracy-Hepburn film, fearing they’d be over doing the ‘brand’ and Kerr stepped in. She played opposite Spencer Tracy and won an Academy Award nomination in the process, and then moved into a cycle of Adventure films, mostly opposite Stewart Granger (an actor with whom she’d worked on the London stage) in King Solomon’s Mines  and The Prisoner of Zenda.  She teamed up with the iconic Cary Grant for the first time in the lightweight Dream Wife,  in 1953, but soon entered the richest period of her film career with the huge hit From Here to Eternity, opposite Burt Lancaster.

Deborah Kerr displayed a wide range of characters through the next decade, in drama, melodrama and musicals and enjoyed massive hits with her dancing governess in The King and I,  opposite Cary Grant again in Leo McCarey’s immortal An Affair to Remember and in John Huston’s Heaven Knows, Mister Allison,  playing a nun opposite Robert Mitchum’s earthy marine. She revisited her theatre roots in a couple of filmed stage plays, notably Terrence Rattigan’s Separate Tables,  which garnered yet another Academy Award nomination, and she did her duty in the cycle of 1950’s ‘international’ co-productions in Jean Negulesco’s Count Your Blessings.

"Fred Zinnemann, on From Here To Eternity and The Sundowners really brings out of me, in a completely different way, an awful lot that perhaps I'd never have the courage to lay bare, to open up. He just knows how to get you to do it, to bring out some inner quality”
~ Deborah Kerr

Kerr’s instinct for good directors led to a couple of classy results with the prickly Otto Preminger’s Euro-centric Bonjour Tristesse, and with Fred Zinneman’s faux-Australian epic The Sundowner’s,  again opposite Robert Mitchum. A measure of her A-list status was the quality of her co-stars, Gregory Peck in Beloved Infidel,  Cary Grant (again) in The Grass is Greener,  and even an aging Gary Cooper in The Naked Edge.  After a dozen years at the top of the Hollywood tree, Deborah Kerr committed the cardinal sin for an actress, she got older, and good parts dried up. She returned to Britain for the remarkable The Innocents  for Jack Clayton, one of her finest roles, and she played a similar governess type if The Chalk Garden,  opposite Hayley Mills.

Kerr struggled to find decent roles as she aged gracefully, a few exceptions were John Huston’s Night of the Iguana,  with Richard Burton, and John Frankenheimer’s downbeat The Gypsy Moths, co-starring again with Burt Lancaster. Elia Kazan gave her a final stab at quality drama with a jarring role in the film he made of his own novel, The Arrangement,  with Kirk Douglas, but she effectively retired from feature films at the dawn of the 1970’s, working in theatre and television for another 15 years.

"I came over here [Hollywood] to act, but it turned out all I had to do was to be high-minded, long suffering, white-gloved and decorative."

Deborah Kerr took a straightforward and unfussy approach to her art, and struggled to overcome her innate shyness, but she carved out a remarkable career and was the epitome of grace and style, an effortlessly elegant and classy actress who contributed to some of the finest films of the 20th century. She roamed easily across a variety of roles in a number of genres, and had the good sense to leave the medium when the good roles dried up. She was well thought of by her peers, nominated six times for an Oscar and four times for a BAFTA, without winning, but was given honorary awards by both august institutions. She achieved screen immortality by rolling in the surf with Burt Lancaster in From Here To Eternity,  and the role of the prim, English girl with an underlying lust was one she explored often and with great success. Her roles in Black Narcissus  and in The Innocents  will live as being amongst the finest British cinema, containing the essence of her art, her ability to be delicate and steely at the same time, and all with a touch of class.

“I suppose the part nearest me is Laura Reynolds in Tea and Sympathy. Of course playwright Bob Anderson didn't know that, but he wrote Laura Reynolds and Laura Reynolds happened to be me. It was the coming together of a part and an actress - the same attitude to life, a certain shyness in life, a deep compassion for people who are being persecuted for anything.”