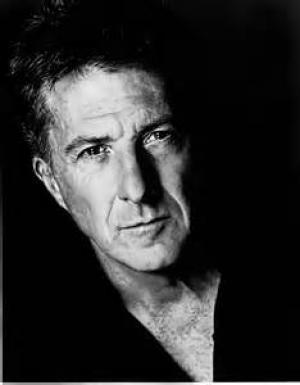 "I begged you to get therapy"

“Someone once said to me, 'Some of us choose to live with a lifeboat just a little bit out of our reach.' I'd like to reach a point where I no longer bullshit myself. I think that's the natural human condition, to lie to yourself, because the truth is painful.”
~ Dustin Hoffman

Dustin Hoffman was a jobbing actor in New York in the early 1960’s, cobbling together small roles on stage and TV and sharing an apartment with fellow struggling actors Gene Hackman and Robert Duvall. Mike Nichols offered him the lead role in 1967’s seminal, The Graduate,  as important in its own way in the resurgence of American film as Bonnie and Clyde,  and Hoffman’s career was up and running. Hoffman, an unconventional looking leading man, and his theatre friends, had little time for movies, so he returned to Broadway and waited another two years before he followed up with John Schlesinger’s equally groundbreaking Midnight Cowboy.  Suddenly feature film could accommodate Hoffman’s regular guy appearance as a lead and the floodgates opened.

Major directors came knocking in quick succession and Hoffman found a variety of fine roles with the odd misfire for balance, as Peter Yates, Sam Peckinpah, Bob Fosse and Arthur Penn all put Hoffman’s quirky talents to use. Hoffman racked up a string of major successes, prime amongst them Straw Dogs,  where he played a timid maths professor who defends his English farm, Little Big Man  as Jack Crabbe, the last survivor of the Little Big Horn in the sprawling serio-comic western and Lenny Bruce in Lenny,  the biopic of the anarchic 1960’s stand-up comic.

Hoffman seemed to be on a quest to never repeat himself as an actor as he essayed the French intellectual sentenced to the notorious Devil’s Island in Papillion,  his co-starring status with Steve McQueen indicating just how far Hollywood had come in accommodating his leading man type. Hoffman’s career reached an early peak with the quick succession of Alan J. Pakula’s All the President’s Men,  starring with Robert Redford Schlesinger’s Marathon Man, opposite Laurence Olivier, and the role he finally won an Oscar for in Kramer Vs Kramer,  playing opposite marvellous Meryl Streep. At this point he was coming off one of the hottest runs any actor had enjoyed in regards to quality roles, but he maintained it with his fractious collaboration with Sydney Pollack in the masterful Tootsie,  in the early ‘80s.

Hoffman’s run came to a crashing end with the over-reach of the notorious flop Ishtar,  where not even his and Warren Beatty’s talents could save the limp squib of a concept, directed by Mike Nichols former comic duo partner Elaine May. The 1980’s were sat out in cinematic terms until Barry Levinson’s unlikely blockbuster Rain Man,  where Hoffman teamed up with a young up and coming star called Tom Cruise and played an autistic savant, winning him his second Best Actor Oscar. Hoffman’s cinematic pull was again confirmed and a number of A-list projects came his way, the best of which was a comedy by the ever reliable Sidney Lumet called Family Business,  and Robert Benton’s gangster saga Billy Bathgate,  a better film than it is mostly given credit for, with Hoffman playing against type as real life hood, Dutch Schultz.

Some harmless blockbusters padded out the ‘90s, with Warren Beatty’s Dick Tracy  providing him the chance to play in an ensemble with Al Pacino et al, and Spielberg’s charming real life version of Peter Pan, Hook,  with a toothy Hoffman having enormous fun as Captain Hook. Barry Levinson again gave him roles to relish, twice playing opposite Robert De Niro in Sleepers,  a dark look at moral corruption and in the very sharp political satire Wag The Dog.  Hoffman made a couple of sci-fi type blockbusters in Outbreak  and Sphere,  and managed to bring his stage experience to bear in the filmed version of David Mamet’s excellent American Buffalo.

“You can't define Dustin Hoffman, because he's unique. He's one of a kind and he's not one character. There is no Dustin Hoffman. He is many, many people. . . . He can do comedy and he can do drama. He has an enormous range, and yet he's still Dustin somewhere in there. He's intelligent and has a great sense of how to connect with people, because he's very interesting. On a day-to-day basis, he's like an actor who's making his first movie, with the enthusiasm and energy to want to make things happen and try things and experiment” ~ Barry Levinson on Dustin Hoffman

In the new millennium Hoffman settled in to being the elder statesmen of acting, appearing with old buddy Gene Hackman in a solid adaptation of John Grisham’s Runaway Jury,  and making a mark in Finding Neverland,  a sweet Peter Pan linked tale of J. M. Barrie’s life. David O. Russell pointed the way to how Hoffman may be best employed as an older actor in his excellent I Heart Huckabee’s,   where Hoffman was one of several smaller roles that added enormous depth to the text, and he made the predictable but inoffensive move to broad comedy with the Jay Roach Focker  series. The other staple of the legendary actor, animated voice over artist, was also added, notably in the enormously successful Kung Fu Panda  series for Dreamworks. The role that showed best use of his talent was in 2010’s very fine Barney’s Version,  and Hoffman added a Best Supporting Actor Oscar to his sideboard, before turning to direction himself in the similarly ‘indie’ sized Quartet.

Dustin Hoffman is an acting legend, his nebbish persona and everyman geek vibe changed the game for screen actors, simply, no Hoffman, no Pacino. Once inside the palace Hoffman took to the process with a huge amount of persistence, curiosity and intellectual endeavour, something that alienated many along the way. Hoffman considered it his job to investigate every dimension of his character and that led to very rich and detailed roles filling the screen on a regular basis. Dustin Hoffman pushed the envelope in terms of screen acting, and carved out an incredible legacy for himself by force of will alone. Neither blessed with great looks or impeccable contacts, Hoffman did it the hard way, unable to coast in roles like many of his peers he adopted tenacity and grit as his way to break into a character, and provided us with films that will live in the memory for all time.