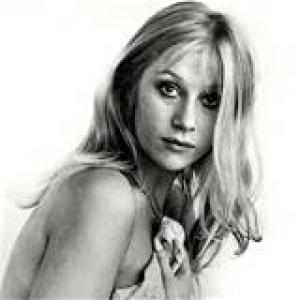 "Actors are rogues and vagabonds. Or they ought to be."
~ Helen Mirren

A theatrically trained, Shakespearian actress, Helen Mirren has carved out a ferocious niche for herself as a fearless, full blooded performer, able to convey a boundless sexuality and confidence in a variety of singular roles over several decades. Mirren has used all of the tools available to her, her stunning good looks and deep capacity for exposing her inner feelings to embrace every possibility the many roles she’s played had to offer, and if the roles have not always been primo, her ability to explore and extract every nuance has never been in doubt.  The teenage Helen joined the National Youth Theatre and played at the famous Old Vic by the age of 20, making a splash as Shakespeare’s Cleopatra before she joined the prestigious Royal Shakespeare Company and promptly became a working fixture in British theatre.

As well as remaining one of the pre-eminent actors in theatre, she has managed to squeeze in a sustained, if uneven screen career, the highs of which are astonishing and the lows mildly regrettable. She came to notice in features via a role for veteran director Michael Powell, (then persona non grata in England) as Cora in the Australian set Age of Consent,  opposite James Mason. The film may have set the tone for future work as her uninhibited performance and easy nakedness chimed with the new permissiveness in the age of the counterculture.  Ken Russell put her stunning figure to work in his gritty Savage Messiah,  and she made an impact in a smaller role for Lindsay Anderson in his follow up to If….,  the satirical O Lucky Man!.

Mirren may have been in danger of letting her looks overshadow her acting ability by agreeing to star opposite Malcolm McDowell again in the ill-fated and controversial Caligula.  The public were mostly seeing this side to the enigmatic actress, not her work in filming the stage productions of Hamlet  and As You Like It  for the BBC. She never backed away from edgy or controversial work, and her early thirties brought a trio of superb films that finally allowed her acting to shine, in the superb gangster flick The Long Good Friday,  John Boorman’s take on the Arthurian legend, Excalibur  and the earthy Irish drama, Cal.

In the mid 1980’s Hollywood stardom beckoned via The Mosquito Coast,  starring opposite the world’s biggest movie star in Harrison Ford and directed by Australian Peter Weir. Perhaps she proved too quirky as she stayed with more interesting properties like Peter Greenaway’s stunning The Cook, The Thief, His Wife and Her Lover  and Paul Shrader’s dark-hued The Comfort of Strangers.  The ‘90s saw her step into TV in a major way with the seminal series Prime Suspect,  and she stayed away from major big screen roles, popping up in minor films like Royal Deceit  and The Hawk.  She distinguished herself in excellent support roles in Where Angels Fear to Tread,  and in The Madness of King George, often being the most watchable thing in any film she appeared in during the period.

She continued to shine in smaller roles in fine films, like Sean Penn’s The Pledge,  with Jack Nicholson and Last Orders  for Fred Schepisi. She finally returned to a role that gave her full scope as the servant in Robert Altman’s masterful Gosford Park  and then moved seamlessly into the mainstream via some easy fluff, like Calendar Girls  and Raising Helen.  The gritty Robert Redford vehicle, The Clearing,  offered more mainstream success, before she returned to more familiar territory by playing Elizabeth 1 in a TV mini-series that garnered a well deserved Emmy as best actress. She followed up this triumph by playing Elizabeth II in Stephen Frears’ The Queen  and this time she won the Oscar for best actress, making her one of the few actors to have won a Tony, Emmy and Oscar.

In her later years she’s managed to balance her career with unchallenging commercial stuff like the testosterone tosh of RED  and the drama-lite of Love Ranch  and Arthur,  with other legitimate projects such as playing Prospera in a distaff The Tempest  for Julie Taymor and Tolstoy’s wife in The Last Station.  She’s continued to play real people, like Alma Hitchcock in the biopic Hitchcock,   attorney Linda Baden in David Mamet’s remarkable Phil Spector,  and a Jewish refugee in Woman in Gold.   Mirren has maintained the ability to split mainstream work with deeper drama and with her continuing commitment to the theatre, aging gracefully in an era of fakery and plasticity. She’s a byword for class and beauty and an actor to reckon with.