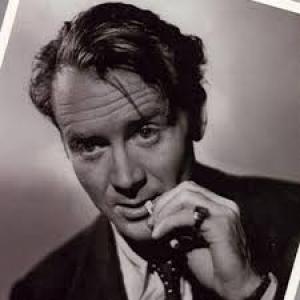 Johnny in the clouds, gentleman please.

"One of the luckiest things that ever happened to me was to be born with a desperate desire to become an actor. I never remember at any age wanting to be anything else." ~ John Mills

If England had an equivalent ‘everyman’ of classic era cinema, in the vein of say a James Stewart, it had to have been John Mills, a ubiquitous presence in British Cinema for over half a century. Mills started as a music hall performer before he joined a theatre troupe as a young actor and toured the Far East honing his skills on many stages and several countries. Noël Coward was impressed by Mills in a production of Journey’s End in Singapore in the early 1930’s and gave Mills key roles in productions of Coward’s Cavalcade and Words and Music, in 1931 and 1932 respectively. Mills soon found work in the film industry, mostly in ‘quota quickies’, cheap, government mandated features meant to balance out the flood of US imports.

Mills served in the military in WWII before Coward again came to his aid by offering him a choice role in the stirring In Which We Serve, a fine 1942 war drama co-directed by David Lean and Coward, and shot by Ronald Neame, all of whom would provide further key collaborations throughout Mills’ career. Mills picked up a solid role in Carol Reed’s Young Mr Pitt, scripted by Frank Launder and Sidney Gilliat, and he never looked back, starring in features for the next 40 years.

David Lean, one of the most significant British directors of any era, gave Mills two fine roles that boosted his early career, as an ordinary Joe in the slice-of-life drama This Happy Breed (written by Coward) and as Pip in the seminal 1946 adaptation of the Charles Dickens classic Great Expectations. Another key collaborator was director Anthony Asquith, who cast Mills in a couple of fine war films, We Dive at Dawn, and in the sublime The Way to the Stars, alongside Michael Redgrave. Mills made several other outstanding war films, staples of the British film industry both during, and for many years after WWII. Over the course of the 1950’s Mills made excellent contributions to Morning Departure, The Colditz Story, Above Us The Waves and Dunkirk.

Another genre that suited the versatile actor was that of Brit-Noir, films that reflected the darker side of human experience that became more common after the pain and sacrifice of the war. He made The October Man for Roy Ward Baker, the director of Above Us The Waves (and several other films with Mills), Mr Denning Drives North and the moody The Long Memory for Robert Hamer. The latter showed Mills was capable of great depths and emotional force in a stylish ‘wrong man’ scenario worthy of Hitchcock.

Mills made an impact in Scott of The Antarctic, and produced and played in the very fine, The Rocking Horse Winner. Lean again popped up with a role for his friend in Hobson’s Choice, opposite Charles Laughton, a part which saw Mills nominated for a BAFTA as Best Actor. A couple of Hollywood productions beckoned in War and Peace and Around The World in 80 Days, but Mills held no ambitions to play the tinsel town game and returned to the UK with a couple of his best roles as conflicted military types, in J. Lee Thompson’s superb Ice Cold in Alex, and in Ronald Neame’s masterful, Tunes of Glory, opposite old friend and colleague Alec Guinness.

Mills spent several years during this period producing and promoting the career of his daughter Hayley, who became a huge star in several Disney films. He starred with her in her debut feature, the excellent Tiger Bay, directed by J. Lee Thompson, and encouraged an adaptation of his wife Mary Hayley Bell’s book Whistle Down The Wind, directed by Bryan Forbes and produced by Mills family friend Richard Attenborough.

As the 1960’s progressed Mills was finding quality parts scarce and it seemed his era was becoming a museum piece, but found decent work in some projects by his friends Bryan Forbes (King Rat, The Wrong Box), and Ronald Neame (The Chalk Garden - with Hayley and Deborah Kerr). He had a pivotal turn in Richard Attenborough’s directorial debut in the biting WWII satire, Oh! What a Lovely War in 1969 and for David Lean one last time in the unusual role that won him an Academy Award, that of the village idiot in Ryan’s Daughter. In typically modest, self-deprecating fashion he said of the Oscar, "Ryan's Daughter is not my best film, but it is the best thing that happened to me, professionally. It brought me the Academy Award, and that meant I could finally be known again as somebody other than Hayley Mills' father".

Subsequent roles saw John Mills pick and choose between elderly military types, in Young Winston, Trial by Combat and The Big Sleep, or establishment types in Zulu Dawn and Ghandi. John Mills was the epitome of the solid Englishman, the reliable gentleman whose decency and common goodness could illuminate a variety of roles from sunny dispositioned heroes to troubled, angst ridden, flawed men. He gave committed and nuanced performances with deceptive ease, never containing a note of ego or artifice, always believable. He lived until the ripe old age of 97, and had a career that provided the screen with as many memorable roles and moments as any of his contemporaries. A cracking knock and a fine innings on any scorecard.