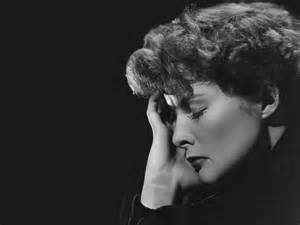 "In some ways I've lived my life like a man, made my own decisions, etc. I've been as terrified as the next person, but you've got to keep going.... Life is to be lived. If you have to support yourself, you had bloody well find some way that is going to be interesting. And you don't do that by sitting around wondering about yourself. "
~ Katharine Hepburn

Born in Connecticut to wealthy parents Katharine Hepburn forged a singular career in film that raised the art of screen acting during the early sound years, and continued to set the benchmark for decades to come. Hepburn starred on Broadway where she was spotted by a talent scout in 1932 and went to Hollywood as part of a stage exodus brought about by the coming of sound. Hollywood needed actors who sounded good and Hepburn’s cut-glass tones and New England cadence perfectly chimed with the era’s needs. Hepburn made A Bill of Divorcement  with John Barrymore as her leading man and George Cukor as her director, a figure who would loom large in her career for the next 40 years. The movie was a hit and the early association with Barrymore legitimised Hepburn as a first class actress from the get go.

The following year after her debut she made Morning Glory  opposite Douglas Fairbanks Jnr and won the Academy Award for Best Actress in only her third film. It was the first of a record 4 Best Actress awards, and Cukor capitalised with a screen adaptation of Little Women,  one of Kate’s early triumphs, before she starred with an up and coming Cary Grant in Sylvia Scarlett  for George Stevens. No less a talent than John Ford cast her (and promptly fell in love with her) in the historical biopic Mary of Scotland,  which flopped with the public, as did another Stevens property, the adaptation of J. M. Barrie’s, Quality Street.

Hepburn was cast by Howard Hawks in the seminal screwball comedy Bringing Up Baby,  with Cary Grant, but again the film flopped and the actress was labelled as ‘box-office poison’. After another Cukor directed flop, Holiday,  again with Cary Grant, she bought out her own contract and headed back east to lick her wounds.  Effectively washed up in Hollywood, and having rejected an offer of marriage from Billionaire Howard Hughes, she commissioned J. M. Barrie to write her a play and promptly conquered Broadway with The Philadelphia Story.  Hughes bought her the film rights as a present and Hepburn sold them to MGM with the proviso that she star in the film and had approval of director and cast. She selected Cukor to direct the screen version and although she could not get her first choices of Gable and Tracy, she found able co-stars in Grant and Jimmy Stewart – the film was a smash, her film career revived.

Having regained control of her career, she set out to consolidate by employing George Stevens to direct her in Woman Of the Year,   and by selecting Spencer Tracy to co-star in the first of seven films they would make together. The resurgent Hepburn duly signed a long term contract with MGM, the studio best known for style and glamour, and teamed with Tracy for the politically charged Keeper Of the Flame,  a controversial film that still did well at the box office, which was an indication of the regard the soon to be iconic screen pairing generated with the public. Katharine Hepburn embarked on a 26 year affair with Spencer Tracy, mostly kept secret from the public out of deference to Tracy’s Catholic faith and his refusal to divorce his wife. Hepburn often put her own career on the back burner as she supported the alcoholic and moody actor as he battled constant bouts of ill-health.

After a couple of middling Tracy and Hepburn projects (Sea of Grass, State of the Union)  Kate settled into a series of ‘spinster’ roles as she got older, and she enjoyed a huge and unlikely success with John Huston’s, The African Queen, opposite Tracy’s lifelong friend Humphrey Bogart. Tracy teamed with her again for the very fine Garson Kanin property Adam’s Rib  and she was particularly effective in David Lean’s European reverie, Summertime.  She varied her output by mixing theatre roles between her film duties and garnered another Oscar nomination, this time opposite Burt Lancaster in The Rainmaker  in 1956. After a series of stage plays, including Shakespeare’s Merchant of Venice,  and a tour of Australia with The Old Vic company, she played in the film version of the Tennessee Williams play Suddenly Last Summer  to great acclaim and her 8th Oscar nomination followed.

After even more Shakespeare on-stage she starred for Sidney Lumet in his adaptation of Eugene O’Neil’s Long Day’s Journey into Night,  one of her best screen roles. Her back-to-back second and third and Best Actress wins arrived courtesy of two very different projects in 1968 and 1969 – the cloyingly liberal Guess Who’s Coming To Dinner?,  her last film with Tracy who died shortly after filming, and the superb The Lion in Winter,  opposite Peter O’Toole. She entered her fifth decade of film stardom with a fine effort in another Tennessee Williams adaptation, The Glass Menagerie,  but only did a handful of films before the overly sentimental On Golden Pond  crowned her with her remarkable 4th Oscar win in 1981.

Hepburn enjoyed an unusual reputation as an actress on screen, possibly because she always seemed to be playing a version of herself, and it seems in some critical quarters her reputation has suffered. Her best work is, however, in a league of its own in terms of the ‘Hollywood glamour’ era in which she made her start, and her longevity is testament to her ability to adapt and thrive in suitable roles. In her prime, she was a bona-fide movie star, but her legend turns upon her persona as an actress in a sea of models and her ability to find intelligent roles that spark and fizz. Her patrician bearing and perceived haughty manner may have been the antithesis of the working class girl that someone like Stanwyck represented, but Kate’s deep humanity and heart cut through to speak to audiences everywhere.

"I'm an atheist, and that's it. I believe there's nothing we can know except that we should be kind to each other and do what we can for people." ~ Katharine Hepburn

She rose to prominence before the much vaunted second wave feminism that realigned gender roles in the 1960’s and it’s hard to imagine that the way was not made easier by women such as Hepburn and their wider societal legacy by presenting independent, fiery women who were more than a match for the men in their lives. She lived a singular and unconventional life, indebted to no-one, not above stalling her career when her heart told her to do so, as with her love for Tracy, but also ambitious enough to keep proving the nay sayer’s wrong, something she made a spectacular career out of before her death in Old Saybrook, Connecticut at the grand age of 94. Tres formidable!