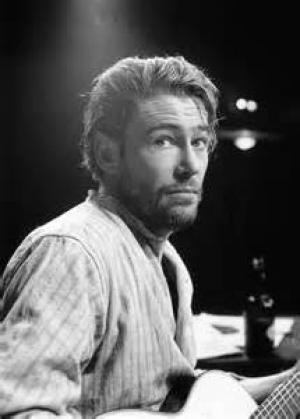 "If you were any prettier they would have to call it Florence of Arabia"
~ Noel Coward to Peter O'Toole at the première of that  film.

Irish born and English raised, Peter O’Toole became the embodiment of the golden voiced theatre actor who also enjoyed a first class film career. Having established himself as a stage actor of the first rank in London in the 1950’s, in The Old Vic and other prestigious theatre groups, he dabbled with small film roles until David Lean changed his life by casting him as the eccentric WWI military misfit, T. E Lawrence.  Lawrence of Arabia  granted him instant stardom in a role turned down by Marlon Brando and Albert Finney, and one that occupied the vast majority of the 222 minute running time, after Lean had taken a gruelling 18 months just to film the epic tale.

O’Toole focussed on theatre roles and avoided a follow up film for 2 years before taking the remarkable medieval role of Henry II in Becket, opposite his good friend Richard Burton, and only a few years later he reprised the same character in The Lion in Winter   opposite Katharine Hepburn. In the interim he worked with Hollywood heavyweights Richard Brooks (Lord Jim)  and William Wyler (How To Steal a Million)  while he learned and expanded his cinematic range. Lawrence producer Sam Spiegel tapped him again for Anatole Litvak’s vicious Night of the Generals  and Hollywood again nominated him for an Oscar (his 4th) in 1969 for the lovely remake of Goodbye Mister Chips.

O’Toole’s quirky angularity and patrician persona saw him embrace a string of key roles through the 1970’s, including one of his best, as Jack the mad Earl in The Ruling Class.  Peter Yates provided him with a chance to reveal his Irish roots and accommodate his life long obsession with Hitler and the Nazis in a fine and imaginative film Murphy’s War,  an area he returned to in Rogue Male,  a remake of Fritz Lang’s Man Hunt.  He also had a hit with a film he signed on to with his friend Peter Glenville, a dramatic and non-musical production of Man of La Mancha,  but Glenville was replaced with Arthur Hiller and the songs were reinstated causing O’Toole’s singing to be dubbed and the actor to be less than happy. Audiences didn’t mind, lapping up the sights of O’Toole and his full blooded co-star Sophia Loren, its success returning him a Golden Globe nomination for Best Actor in a Musical/Comedy.

O’Toole’s propensity to hard living and equally hard drinking led to a dearth of opportunity as producers shunned him as a first choice actor and he subsequently made a series of small and interesting films of varying quality. He reminded everyone of his singular abilities in Richard Rush’s remarkable examination of a megalomaniac movie director in The Stunt Man,  a perfect comment on the Apocalypse Now  and Heaven’s Gate  era that spawned it. O’Toole demonstrated his flair for comedy with a brilliant turn as a boozy, ‘Errol Flynn’ type movie star who is doing the talk show circuit in My Favourite Year  and also returned to form in a small role in Bertolucci’s epic, The Last Emperor.

By the late 1970’s Peter O’Toole had nearly killed himself with his excessive drinking, but medical intervention saw his health recover and he lived another 35 years, enabling him to grace many films with a gravitas and presence a lesser actor could only dream of. After many years of roles of varying quality he managed a fitting finale and a record 8th Oscar nomination in 2006 for Venus,  and also had a success with a support role in Dean Spanley  in 2008. Peter O’Toole died in 2013 at an age nobody would have thought possible back in his roaring days, a ripe 81, slightly above the average for British men, a statistic to warm his cricket loving heart.

Peter O’Toole was one of the bright young stars of the English theatre who went on to global stardom, but never ceased to live life on his own terms. In some ways his career looks like he self-destructed and unachieved, given his gifts and his self evident talent, and in most respects this has some truth. He did, however, leave the world with a set of characterisations in the first rank of cinematic glory, full of intelligence and edge he was a consummate actor with a devastating wit, and if all he’d ever done was to breath life into Lawrence that would have been plenty. A rabble-rouser and raconteur of the first order, O’Toole did not die wondering and his life and razor sharp observational skills are thankfully captured in a series of brilliantly written autobiographical books, which remain a touchstone of the diarist’s art.