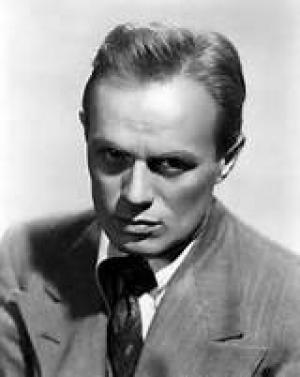 No method in his madness

"Many of my friends were blacklisted. America should be ashamed of it forever."
~ Richard Widmark

Out of the changes wrought by WWII a ‘new’ man emerged in American cinema, one more in touch with the psychological and feminine than the macho, stoic types that came before. Most of the actors who made a huge impact from this cohort were Stanislavski derived ‘Method’ actors, like Brando and Clift, but one who had comparable impact and no association with the ‘method’, was the inimitable and unforgettable Richard Widmark. The small of stature actor had made a career in radio in the mid-west before being signed to a 7 year contract by Daryl F. Zanuck at Fox and made an immediate impression as the psychotic gangster Tommy in Henry Hathaway’s 1947 film noir, Kiss of Death.

The role garnered Widmark’s first and only Oscar nomination for Best Supporting Actor, even though he maintained his high standard or even eclipsed this role through the subsequent decades. Widmark’s intensity and trademark looks i.e. blonde shock of hair, high forehead and short stature meant his assigned jobs were mostly villains rather than romantic leads. Hathaway, a notorious tyrant as a director, didn’t want Widmark in Kiss of Death  and even had him wear a wig to hide his forehead because he thought he’d otherwise look like an intellectual. Even though he worked inside the studio system Widmark’s talent was put to good use early in his career by significant directors William A. Wellman and Elia Kazan, in Yellow Sky  and in Panic in the Streets  respectively. With these roles the actor demonstrated he could play villain or hero equally effectively, a situation that held fast for much of the first decade of his screen career.

Widmark had one of his most memorable roles, as the London based spiv Harry Fabian , courtesy of the notorious Hollywood Blacklist, as Zanuck sent leftist director Jules Dassin out of the country to film the superb Night and the City.  Widmark found great results from working relationships with several old school directors like John Sturges and Edward Dmytryk, in westerns like Backlash  and The Law and Jake Wade  for Sturges and Broken Lance  and Warlock  for Dmytryk. Henry Hathaway also worked with Widmark again, notably with Down to the Sea in Ships  and Garden of Evil,  which co-starred Gary Cooper. Iconoclast Sam Fuller entered the frame with the gritty and excellent noir, Pickup on South Street,  and used Widmark again for the visceral Korean War film Hell and High Water.  The actor also starred opposite Marilyn Monroe in the film that gave the actress her first starring role, Don’t Bother to Knock,  and had this to say about her - "Marilyn was terrible to work with. I was fond of her, she was a nice girl, but she was a damaged girl. She was very difficult. You couldn't get her on the set; she didn't know the words."

By the mid ‘50s Widmark was a bona-fide movie star and solid box office attraction, staying mostly in roles that fulfilled public expectations. He made the odd misstep, like starring in Otto Preminger’s filmed version of George Bernard Shaw’s Saint Joan, and Gene Kelly’s The Tunnel of Love,  a light romantic, Broadway hit play against Doris Day and Gig Young. Widmark also tried his hand at producing, giving his friend Karl Malden his only directing job on a feature with Time Limit,  another Broadway play, but the film found little success. Of The Tunnel of Love’s  failure, Gene Kelly said "This is no criticism of Richard Widmark, who is one of the finest film actors we have and who actually started his stage career playing light comedic parts. It's simply that the public fixes an impression of an actor, they accept him in a certain guise and they don't like him to stray too far from it.”

Affirmation of Widmark’s status came with one of his most popular roles, as Jim Bowie in John Wayne’s long held pet project, the historically dubious retelling of The Alamo,  in 1960. The experience was not a happy one, as Widmark felt he was miscast as the over six foot tall Texan and tried to leave the film, but Wayne legally forced him to stay, though Widmark had Burt Kennedy rewrite some of his lines. Widmark found his consolation in working with Wayne’s mentor, the legendary John Ford, on a couple of fine westerns, Two Rode Together,  opposite James Stewart, and in the epic, revisionist Cheyenne Autumn.  Stanley Kramer gave the actor a fine dramatic role in Judgement at Nuremberg,  an association that would continue with The Domino Principle  16 years later

Widmark moved into the mature phase of his character actor career with several excellent roles in westerns like Alvarez Kelly,  for Dmytryk again, and in The Way West,  for journeyman director Andrew V. McLaglen, starring opposite Kirk Douglas and Robert Mitchum. He produced and starred in the war film, The Bedford Incident,  directed by Stanley Kubrick’s regular producer James B. Harris and opposite long time friend and fellow liberal Sidney Poitier and worked with Henry Fonda on Don Siegel’s very fine cop thriller Madigan  in 1968. Widmark’s appearances in quality dramas became less and less over the subsequent years, where he popped up in bit roles in TV or in disaster themed blockbusters like Coma, The Swarm  or Rollercoaster,  but a notable exception was the Vietnam war film, Twilight’s Last Gleaming,  a searing indictment of America’s sad legacy from that conflict.

Richard Widmark left an indelible impression on the American film landscape, giving life to memorable screen villains and tough, hard bitten characters that rang true in the new realism that sprang forth in the post WWII era. He started with a bang, unleashing his ability to tap into the darker areas of human behaviour, but his innate honesty and lack or artifice meant that he could play bad guys and still give them believability and humanity. A lifelong liberal he commented on his many villainous roles and screen image when he weighed into the gun control debate in the USA n 1976,  "I know I've made kind of a half-assed career out of violence, but I abhor violence. I am an ardent supporter of gun control. It seems incredible to me that the United States is the only civilized nation that does not put some effective control on guns."

Widmark was an intelligent actor who avoided thinking too hard about his ‘craft’ and would take a pragmatic approach of just getting on with it, an attitude that suited the studio system era in which he did his best work. He worked with several great directors as well as many system journeymen, but always gave a solid performance and rarely over-reached or hit a false note. At his best he could provide inspiring turns in interesting films, particularly in his Film Noir  phase, and many of his films remain revered and loved by cinema buffs everywhere.