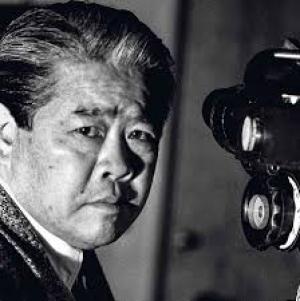 "Sometimes it’s not how much light you use to get an effect, it’s how little you use and still make it work. There are a lot of rules to be broken in photography, and you’ve got to have courage." ~ James Wong Howe

James Wong Howe was a master cinematographer whose remarkable career spanned the silent era of the 1920’s to the Hollywood Renaissance of the 1970’s. Born in China he left for America at age 5, after the death of his father, and managed to carve out a life in the new world. An interest in still photography and a move to Los Angeles as a young man combined to propel the curious and talented Howe into a life in pictures where he worked his way through every job he could before Cecil B. DeMille started to regularly use him as 4th Cameraman, essentially a clapper boy. Howe shot over 20 silent films and won a reputation as a superb lighting cameraman, and when Howard Hawks used him for 1931’s The Criminal Code he was entrenched at the top echelon of the profession.

The 1930’s saw excellent work on Woody Van Dyke’s Manhattan Melodrama and The Thin Man, and an Oscar nomination for Best Cinematographer for Algiers in 1938, a respectable remake of the immortal French classic Pepe Le Moko. The 1940’s saw some of his best work and further nominations for Abe Lincoln in Illinois, Kings Row, The North Star and Howard Hawk’s Air Force. The war years were difficult due to the racist attitudes many Chinese Americans had to face, often mistaken for Japanese, but Howe racked up a string of successes for Michael Curtiz (Yankee Doodle Dandy, Passage To Marseille) Raoul Walsh (Objective Burma) and Fritz Lang (Hangmen Never Die). After the war he made stunning western with Walsh, the Robert Mitchum vehicle Pursued, before he made one of his signature masterpieces, Robert Rossen’s Body and Soul, with John Garfield starring.

Howe came under suspicion from HUAC as his wife had been a member of the Communist Party and was grey-listed through much of the next decade. He worked with maverick Sam Fuller on The Baron of Arizona and with some small independent producers until mainstream embrace returned with a pair of top-level efforts in 1955, Joshua Logan’s Picnic and Daniel Mann’s The Rose Tattoo, for which he won his first Oscar. In 1957 he shot the masterful Film Noir, The Sweet Smell of Success for Alexander Mackendrick, an undeniable highpoint in Black and White film photography, and he also won another nomination for John Sturges’ The Old Man and The Sea, the following year.

For the remainder of his career Howe worked mostly with left leaning director and Blacklist victim Martin Ritt, winning another Oscar in 1963 for Hud, with Paul Newman, but also creating fine atmosphere for The Outrage the following year, Hombre in 1967 (all starring Paul Newman) and for the under-rated The Molly Maguires, in 1970. In 1966 he made the remarkable Seconds for John Frankenheimer and worked with Sydney Pollack on This Property Is Condemned. He allegedly turned down The Godfather, and his final film was Funny Lady in 1975, and he died soon after. He was a master of every aspect of his craft, equally at home working with actors in close-up or composing interesting long shots full of atmosphere and purpose. An extraordinary life by any measure but being Chinese he should surely be entitled to attach the Ginger Rogers handicap disclaimer, i.e, she did everything Astaire did, plus backwards and in high heels!