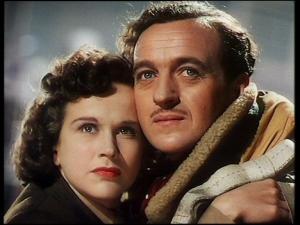 A Matter Of Life and Death

Love wins, pea-souper and all.

The Archer’s began filming ‘A Matter Of Life And Death’ the day Japan surrendered to end World War 2. Powell and Pressburger’s generation had been doubly scarred, firstly as children they watched their parent’s generation blow themselves to bits on the western front between 1914 and 1918 and now they had survived a macabre re-run with their peers, no wonder they looked for a celebration of something that couldn’t be destroyed by bombs, the human capacity for love. AMOLAD (as the Archer’s called it) is a filmic poem to love and a romantic reckoning of the human need to believe in the ‘survival of the human personality after death’. The fable should not be read as a Christian ‘heaven and earth’ duality, as it speaks to a greater need that transcends religion and tellingly the word ‘heaven’ is not used in the script except as referenced in a Walter Scott poem at the end. The Archers assert in a pre-title card that it’s a world of imagination we’re entering, and always referred to it as the ‘Other World’, made plain in Powell’s chaotic and entertaining memoirs ‘A Life In Movies’ that the monochrome construct is entirely in the airman Peter Carter’s mind. Emeric Pressburger got the idea for the premise in a newspaper account of an airmen who bailed out without a chute and survived, and Powell looked at neurological research to make the medical details accurate. Truth is stranger than fiction again.

The film opens with a British airman Carter’s (David Niven) plane in flames and about to crash. Carter calls in the position and an American girl June (Kim Hunter) who is on duty in a nearby radio tower takes the call. In a rapid fire and intense conversation the poet-philosopher pilot informs her that he’s going to jump, but as he has no parachute she’ll be the last human contact he’ll have. ‘I could love a man like you’ is June’s response to one of Carter’s questions, and after the radio goes dead she’s upset and heads home for the day. Carter’s body is supposed to be collected by an Other World ‘conductor’ , 71 (Marius Goring) but as Carter bails in a typical English ‘pea-souper’ fog he missed him and Carter comes to after landing on a lonely beach, very much alive. Fate soon throws the pair together and love blossoms as it often did in the hothouse atmosphere of the war years, suddenly and desperately. The bureaucracy of the Other World, efficient and cool soon realises it’s got an imbalance of 1 in the expected intake and Conductor 71 is sent to Earth to collect Carter. Carter argues that is there is a universal law that governs this situation then it must be a ‘law of reason’ and as such would include a ‘law of appeal’, he therefore demands an appeal against his ‘collection’ be heard as he’s had time to fall in love because of the mistake.

June organises her friend Doctor Frank Reeves (Roger Livesey) a specialist in neuropathy to look at Carter, as he’s seemingly hallucinating with his visions of a French collector, and Reeves treats the visions as real for all intents and purposes, because ‘they are real to him’. A battle ensues for the ‘soul’ of Carter, as the Conductor continually tries to lure Carter to the Other World prior to his hearing, this is shown by Powell as the Carter character battling mental demons, ‘he almost got me’, Carter says at one point. Reeves continues to support and validate Carter’s visions, encouraging him to find a good counsel to represent him in the upcoming trial. Carter is undecided on who to choose for representation even though he can have his pick of any figure from history who has passed on. Fate intervenes again and Reeves is killed in helping to bring Carter to surgery as his brain battles against his condition. Reeves becomes Carter’s counsel in the Other World trial, and after arguments reach a stalemate the court comes down to the operating theatre to hear testimony from Carter himself. It’s not until June is asked ‘will she take Peter Carter’s place on the balance sheet’? that the matter is resolved, her agreement to do so, to sacrifice herself for him stops the ‘stairway to heaven’ in it’s tracks and wins the case for Carter.

After a 5 year period where nationalities of various stripes tore each other to pieces during a second world war, Powell and Pressburger take a swipe at most petty nationalistic traits and foibles, not least the English, and seek to argue for the universality of love, the binding and uniting entity that eschews artificial borders. The Archers come down firmly on the side of the poets, asserting the primacy of love as the greatest force we have, and in their representations of the Other World they envisage a society that would do Orwell’s 1984 proud, or at least approximate Chris Hitchen’s ‘celestial North Korea’. The human world is shown in glorious 3 stripe technicolor, and the Other World in pearly monochrome. Jack Cardiff was promoted by Powell to do his first feature as cameraman and went on to be one of the most influential and accomplished of all, winning an Oscar for the next Archer’s project, the superb ‘Black Narcissus’. Powell employed his usual set design genius Alfred Junge and the combination of the dreamlike monochrome and the masterly sets makes for fantastic viewing. Kim Hunter was found during a trip to Hollywood where Alfred Hitchcock recommended her to Powell, and she proves just right for the part of the decent and loving American. Powell liked her so much he shot some additional sequences for the American release of ‘A Canterbury Tale’ which featured her as well. David Niven made the most of the lead role, particularly effective in the desperate early scenes and Livesey is wonderful as the trustworthy Doctor, making it a hat-trick (howzat? – I think Powell was not fond of cricket though) of P&P triumph’s for him.

If death is a country from which no traveler can return and give an account then we’re all left speculating wildly but not knowing. The Archers instinctively assert that it is better to give real love in an environment where it can do some good, here on earth, where it is sometimes in short supply, than to direct it to a cold and careless sky. Love is the greatest of human emotions, the peak of our evolved senses and impulses, we should not give the credit away for it’s creation without a fight.

It was Powell’s favourite of all the Archers films, and as he was a man of theatre, literature music and the arts it’s not hard to see why. A visionary and beautiful film and a triumph in every department. Stellar. 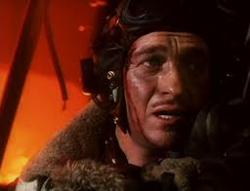 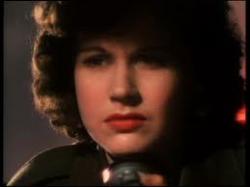 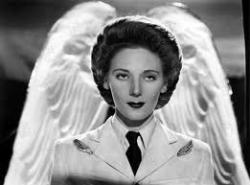 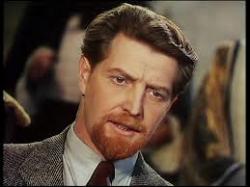 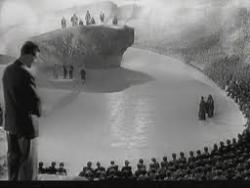 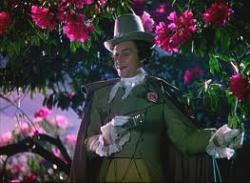