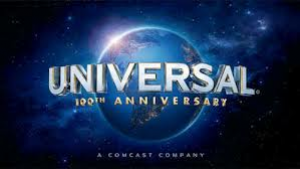 Universal Pictures are offering a remarkable roster of lovingly restored classics and significant titles on Blu Ray. At Filmycks we've seen the first of these with the fantastic range of 1930's iconic horror films from the Monster's Box. They include, Dracula (1931) Frankenstein (1931) The Invisible Man (1933) and the magnificent The Bride of Frankenstein (1935)

The detail and clarity that the new format offers is a quantum leap forward from any previously existing versions, even the very good DVD editions from recent years.
The added joy in seeing the artistry of the 1930's era black and white films in such elegant detail is significant and eye opening to even the most demanding viewer.

As reviews come to hand we'll be adding them and encouraging anyone with a love for these fine works of art, now presented in a stunning new format, to make what is a very worthwhile investment. Below are links to the classic Blu ray offerings so far reviewed...

Universal are also restoring more of their more recent titles, and accordingly any worthwhile releases will be written up from time to time, and the links posted here...
Jaws (1975)
The Conversation (1974)