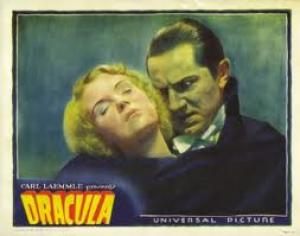 For any Gen X'ers who think Vampires are a recent phenomenon after the spate of shows spawned in the wake of HBO's excellent True Blood  series, think again. Not only are the mythic folk tale roots deep and long, but much of the visual language and stylistic tropes were established in the first part of the twentieth century with Murnau's Nosferatu  in Germany and with Tod Browning's brilliant Dracula  in the United States. Thankfully now they are able to view it via the precision of Blu ray, bringing startling new definition to an old classic and elevating the stunning artistry of the black and white cinematography to new levels.

Universal were feeling the pinch of the depression that followed in the wake of the Wall Street crash of 1929, as Hollywood studios felt the double bind of having to invest in re-tooling for sound and to try and stave off a downturn in attendances. Carl Laemmle Jnr turned to a series of horror films with which to entice audiences back to the movie houses, as Universal had had a number of notable silent successes with Lon Chaney in the '20s and would now gamble that added sound would give even more thrills to audiences looking to escape from a gloomy prohibition era reality. Tod Browning was signed on to direct, a veteran of features since 1917 he worked with major star Lon Chaney Snr many times and due to budget restraints hired the relatively unknown Hungarian stage actor Béla Lugosi to play the Count. The film was based on the hit Broadway play of Bram Stoker's novel, which Lugosi had been a part of and was shot by German expatriate Karl Freund in an expressionistically influenced way. Coincidentally Freund had worked with brilliant German directors Fritz Lang, on Metropolis  and with F.W. Murnau on The Last Laugh,  remembering it was Murnau who did the remarkable unauthorised version of Dracula  in 1921, Nosferatu,  which Universal later sued over and had withdrawn from distribution.

A rickety coach ride takes some travellers deep into the mountainous terrain of Transylvania, where Renfield (Dwight Frye), a solicitor from London is to meet Count Dracula (Béla Lugosi). Despite several warnings of the nature of the danger Renfield continues, only to have a mysterious driverless carriage conveys him the final distance. Dracula and his brides inhabit a decrepit castle, all cobwebs and rats, and he greets Renfield before snacking on his neck and condemning him to a life of mindless obedience. Dracula and Renfield sail for London and the ship is hit with a massive storm, Renfield is identified as the sole survivor and deemed mad but Dracula makes it to his London residence Carfax Abbey. Dracula passes himself off as an aristocrat to London society and inveigles himself into the family of the Sanatorium adjacent to his residence, as it's there that Renfield is incarcerated. Dracula has his eye on two pretty young girls, Mina (Helen Chandler) who lives there with her father who runs the Sanatorium, and her friend Lucy. Mina's father Dr Seward and his friend Dr Van Helsing (Edward Van Sloan) are soon aware that Count Dracula is not all he seems after Lucy dies mysteriously and a battle is joined for Mina's life.

One of the great features of Universal's horror cycle is the literate, scholarly and intelligent source material and the application of serious minded technicians intent on creating a work of art as opposed to a 'quickie' exploitation flick. The mythology and folklore that has existed around tales of human-turned-animal was now digested through the prism of modern science and most of the horror cycle features include a subtext of magic versus science. "The strength of the Vampire is that people will not believe in him",  says Van Helsing, conjuring up the Christian mythology phrase that's often been applied to the devil, and Dracula is of course a close relative to the horned one. Van Helsing uses folk remedies and not 'modern' science to combat the menace, falling back on a plant, wolfs bane and on the trusty crucifix. The heart of the myth is man's inability to conquer death, and the vampire myth is the dark mirror of the Christian one, Dracula is as much about conquering death as Jesus is, and as equally ineffective it seems.

The tales also contain a strong sexual overtone, and none more so than the vampire myth, and Browning uses iconic white virginal images of each of the women in the film, from the 'brides' to the purity represented by Mina. Audiences were attuned to the code filmmakers used in the era, Dracula being potent and rendering other males impotent, a battle for the women in body as much as 'soul' is the coded subtext as much as good versus evil. Some 3 years later Hollywood would be even more limited in how it could portray sex of any kind, as the Hays code that existed at the time of Dracula  actually started to bite.

In Dracula  Tod Browning creates a palette of images that define how modern horror films will look and work for decades to come, Freud's incisive lens capturing every inch of the beautifully dressed sets. The detail and magnificence of the castle setting and the unearthly mood of the crypt is still a benchmark in movie set making. The sophisticated style Lugosi brought to the role, and the cool unearthly strange voice countered the visual grotesquery of Max Schreck's now iconic Nosferatu,  as in this incarnation the Count is a nobleman, dressed to kill in every way. The foggy London scenes with the Count in top hat and tails deliberately evoke memories of Jack the Ripper, enhancing the sense of dread Browning manages to inject in his mise en scène. Browning shortly went on to make the remarkable and controversial Freaks  for MGM, and the shock surrounding it virtually ended his career in many ways, ironically so soon after he was top of the tree with Dracula,  a massive hit that put Universal back on its feet.

Horror films now may be more graphic and faster moving, tellingly Van Helsing  these days is sexy Hugh Jackman where in the 1931 film as an elderly Doctor, he represents a triumph of wisdom gained through experience conquering evil rather than muscle and derring-do. True horror works in a psychological way, not necessarily a visceral way, and the older Universal films are a great reminder of this, and a beautiful way to experience the great artistry of expert craftsman at the top of their game. 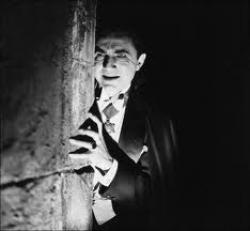 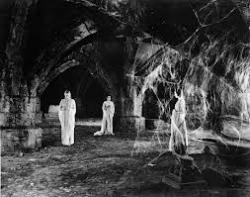 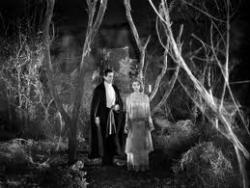 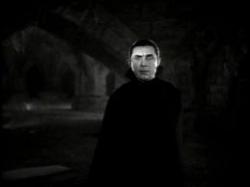