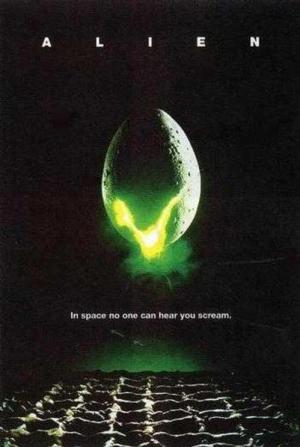 After the artistic success of his debut feature ‘The Duellists’ Ridley Scott was unexpectedly asked to turn his gaze to the heavens and beyond with ‘Alien’. Star Wars opened the way for space films to do well commercially and with a keen eye for a buck Scott embraced the chance to do a ‘ten little Indians’ kind of haunted-house-in-space film that had B movie written all over it. How he elevated the material to absolute first class art and entertainment resulting in a success d’estime that turbo-charged his career is something of a miracle, but one we should marvel at and be grateful for, as it enabled him to make the arguably superior ‘Blade Runner’ as his next project. The key seems to be that Scott took the material seriously at every level and thus invested great thought and resource into every aspect of the design and production of the film, gathering top craftsmen and technicians to achieve startling and satisfying results. Kubrick made sure that the reference points for starting any cinematic excursion into deep space was ‘2001, A Space Odyssey’, and it’s visual touchstones are adhered to in the main, but Scott pushes further and dirties up the environment of a working tow vessle, although not as far as Tarkovsky went with ‘Solaris’. The property began life as a fan-boy script by former John Carpenter collaborator Dan O’Bannon, and was completed by Ron Shusett and was a throwback to many ’50’s B grade monster films, but once Fox agreed to fund it an appropriate director needed to be signed on. Scott immediately saw the potential for the material to embrace it’s antecedents and to push the envelope further. In a cross between keeping the horror unseen and psychological for as long as was possible, and then showing a scary monster as little as possible he found the balance.

The Nostromo is a hulking commercial tow-ship and is heading back to Earth, her crew in suspended animation are slowly woken early as the ship has detected a distress beacon from a nearby world and the crew will be sent to investigate. Kane (John Hurt) is first to wake, shaking off the sleep as if being re-born. The crew all assemble at the dining table, taking part in a communal meal and looking forward to returning home. The captain Dallas (Tom Skerritt) informs the crew that they will have to go to the source of the beacon and investigate for the company that owns Nostromo, having got instruction’s for the ship’s computer, known as ‘Mother’. The Captain takes Kane and Lambert (Veronica Cartwright) and they find an empty space ship, as Ripley (Sigourney Weaver) the ship’s Deputy further decodes the distress signal ’it’s not an SOS, it’s a warning’ as Scott builds the tension as to what they’ll discover. They find the remnants of a massive creature, long dead, seemingly part organism, part machine, and then Kane comes upon an area full of eggs. Kane is attacked by a creature after he opens an egg and is taken back to the ship. Ripley refuses to let the party back on board under quarantine procedural rules after they confirm an organism attacked Kane. The unemotional Ash (Ian Holm) over-rides Ripley and admits the trio. Ash and Dallas examine the comatose Kane, who now has a large creature attached to his face, seemingly leeching off his life but keeping him alive. Argument’s ensue about how best to handle the dilemma amongst the other crew when Kane makes a surprising recovery after the ‘Alien’ dies and drops from his face. At a meal where the group relief is palpable and Kane is enjoying the food and the company he starts to convulse, and the famous ‘chestburster’ scene occurs. Shusett says he wrote the idea that Kane had been impregnated by the Alien, that it had left it’s seed in him for the baby alien to take root. The small alien that bursts from Kane’s chest soon grows.

The film then turns into a search and destroy mission, each of the crew attempting to find and eliminate the threat. They discover that it’s an elegant and efficient killing machine, and disturbingly that it has corrosive acid for blood. As most of the crew are eliminated one by one Ripley assumes greater responsibility and eventually she takes the decision to abandon ship and to hit the self-destruct button so the alien will be terminated. Scott plays out the denouement in classic style with the duplicitous Ash revealed to be a company android, following orders to bring the life-form back at any cost, even if it means loss of human life, the implied meaning is that whatever commercial potential that may exist will then be exploited by them. Ripley comes into her own in the struggle and eventually it’s her versus the alien, with the help of a cat called Jones and not much clothing. Ripley’s intelligence and fortitude overcome the ‘perfect killing machine’ and she goes into a sleep that won’t be disturbed until Hollywood finances the first sequel.

Scott succeeds primarily because he holds his nerve for so long, there is only build up but no relaease for half the running time. The set design and graphics keep our interest and the performances manage to convey an easy reality which helps to anchor the piece. As good as the actors are the star is the creature, and the incredible work of Swiss artist H R Giger is the magic ingredient in making the entire undertaking credible, we have to believe this is possible and not fantasy. Dan O’Bannon spotted a book of Giger’s fantastic illustrations and gave it to Scott who fell in love with them and not only gave Giger the brief to design the creature, but also the stunning interiors of the alien lair. Where such classic horror masters as Val Lewton were forced through budgetary restraints to not show the monster, Scott chooses to use that device to build expectations and then to meet and better them once the monster is revealed. Scott took as his horror touchstone Tobe Hopper’s "Texas Chainsaw Massacre’ in that the violence when it occurs is brutal, swift and bloody and the predator relentless and unemotional, impervious to reason. In the same way ‘Star Wars’ and the ‘Indiana Jones’ films re-invigorated their respective genre’s, so to with ‘Alien’, breathing new life into suspense and horror. The film ensured Scott’s career, made a star of Sigourney Weaver and gave an additional visual language to our future expectations of space films, as did Scott’s next epic the magnificent ‘Blade Runner’. Alien remains a supremely enjoyable conflation of commerce and art, a remarkable enough feat on any planet. 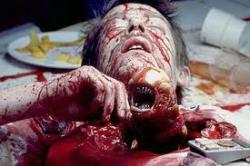 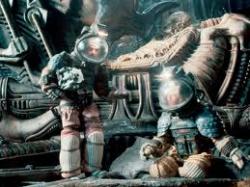 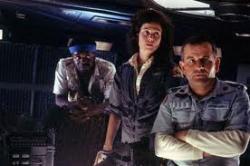 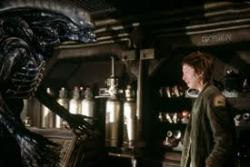 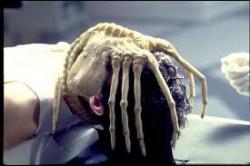