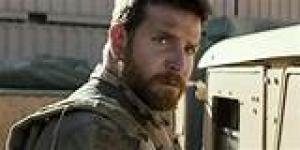 The Hollow (point) Man... and the value of ignorance.

"I hate war as only a soldier who has lived it can, only as one who has seen its brutality, its futility, its stupidity."
~ Dwight D. Eisenhower

Clint Eastwood’s late blooming directing career continues to confound and surprise, and it may have reached an apogee of sorts with the controversial hagio-pic, American Sniper.  Eastwood has been responsible for some of the most effective and engaging cinema from the American mainstream in the last 30 years, albeit with the predictable ups and downs that come from working that seam, and his best work belongs in the A-list, besides peers like Scorsese and Spielberg. Clint memorably essayed WWII in his thoughtful and visceral companion films, Flags of Our Fathers  and Letters from Iwo Jima,  which were full of heart and nuance, both considered, humanist and masterful, but where American Sniper  has all of the class of those productions, it has little of the layers found in those fine films, and therein lies the rub. There is a simplistic, jingoistic, flag waving piece of right wing propaganda here, if that’s what you want to find… but is there more to it?

The film is based on the life story of Chris Kyle, a good ol’ boy and Navy Seal from Texas who became the most prolifically successful sniper in US military history. Kyle is a rodeo riding cowboy, who becomes ‘radicalised’ after foreign, Muslim extremist attacks on American targets and decides to sign up to the military to protect and serve the country he loves. He meets a nice woman at a bar and they marry. 911 brings about his worst fears and he is sent to Iraq, eventually doing 4 tours, he shoots a lot of people and it messes with his head. He shoots the legendary Mustafa, his worthy adversary. He goes home and after struggling with the legacy of his ‘duty’, he finds solace in helping other veterans. How you view this narrative will depend entirely on your personal politics, but thankfully Eastwood has the good sense to leave some areas of the narrative a little ambiguous.

In terms of straight out cinema it has all the hallmarks of an A grade effort, including a fine central performance from Bradley Cooper. The Iraq scenes are tense and superbly orchestrated, classically shot with Eastwood’s typically unfussy style, but the story is all about the man, not the politics. Eastwood was at pains to point this out after intense criticism from the political left and almost hysterical support from the ultra right. Eastwood has run close to the wind before in this area, with his equally contentious Gran Turino,  a kind of Harry Callahan in retirement. It was a reminder of the quasi-fascist, vigilante wet dream cop flick that propelled Eastwood to super-stardom as an actor in 1971, Don Seigel’s Dirty Harry.  That film was a modern, conservative condemnation of ‘hippy’ mores and of the permissiveness wrought by the counter-culture and also a reaffirmation of ‘traditional’ values and in many ways American Sniper  is a military update of same - traditional values, albeit enforced with bullets, without a trace of irony.

Chris Kyle was a victim of cultural conditioning. So were his targets. As a child we see Chris drilled by his authoritarian father into dividing people into “sheep, wolves and sheep dogs”,  inculcating into him the need to protect the weak from the predators, to fight for yourself and for those you love. Chris’s patriotism extends to the “my country, love it or leave it”  type of narrow scope nationalism, the type readily exploited by leaders and politicians with power agendas. For boys like Chris the only way to beat the bully is to become the bully, and his country equips him with the necessary skills to shine in his chosen discipline, an invisible harbinger of death, the most hated and dreaded of battlefield foes, the sniper.

Michael Moore, in criticising the film, made the obvious point – that Americans had not been brought up to laud snipers as ‘heroes’, and that the idea of a hidden shooter picking people off is more of a cowards act than not. Modern warfare is a horse of a different hue, and Kyle is conditioned to the point he can shoot women and children, and spout the defence that he will “stand before my creator and justify every shot I took”.  The overt idea at the heart of the piece is that of the tragedy of a ‘normal’ man, (not a latte sipping elite) conditioned to become a killing machine for his country, and of the great personal cost it extracted. Another, almost tacit idea is that of the tragedy of a man culturally conditioned by his environment to readily sign up to brutality of that stripe in the first place.

Almost in order to balance the distastefulness of the activities of the sniper, Eastwood falls back on a trope from familiar territory, the western, a form Eastwood has long been the master of. Of course, in ‘western’ mythology the white hatted hero has to face down the black hatted bad guy (Mustafa) in Main Street, and in a fair fight, so not surprisingly (if uneasily) this trope is shoe horned into the screenplay. Apparently it was Steven Spielberg who wanted to pursue this line in an earlier draft, but after he walked away from the project Clint stepped into the breech, keeping the ‘showdown at the Iraq corral’ idea as a central motif. It doesn’t work to the level it needs to in raising the struggle to a mythic status, it merely adds a layer drama to an otherwise ugly and fraught day job.

There is never only one war fought by a country, but two, the actual war and the war fought upon the homecoming by the veterans. The Middle East conflicts have exacted an horrific toll on all of the allied nations who have taken part, America prime amongst them, in terms of mental health damage and high rates of suicide. The Iraq war was at least a ‘popular’ war, unlike the egregious Vietnam struggle which caused the poor returning soldiers to be despised as collateral damage to the hatred of Nixon and his cronies, but America has systematically under resourced its care of veterans under successive administrations.

Chris Kyle was conditioned by his society and upbringing to respond the way he did, and he fought people who were conditioned by their society and environment in exactly the same way. Chris’s religion saw American soldiers loading bullets with Bible verse numbers engraved on them, and the Muslim extremist opposition viewed fighting the invaders as a Jihad, both convinced that their God was on their side. The irony that both Christians and Muslims subscribe to being adherents to the faith of Abraham, and therefore believers in the SAME God, doesn’t seem to break through the myopic mindset of fundamentalists on both sides.

Chris Kyle’s story was never going to be a meditative, art house essay on the brutality of war, and Clint Eastwood has made a thumping piece of ‘entertainment’, a ripping yarn with a nasty after-taste – the notes detected in that after-taste will depend on the philosophy of the taster. Good ol’ boys are not renowned for examining the minutiae of the geo-politic, and governments of all persuasions depend on wilful or manufactured ignorance in order to ‘sell’ their idea of fighting a ‘glorious’ war (thank you for your service!).  Being a soldier is not a vocation, it’s a job, public-civil servants with guns, and no matter that it is an unpleasant and demanding job, running a pervasive agenda that lauds them all, no matter what, seems bizarre and unhelpful. If we are to progress the arguments and find non-combative solutions, the simplistic patriotism of the Kyle’s of the world, and the poisonous religiosity of the Mustafa’s, needs to change. Don’t hold your breath.

* For an alternate perspective on another American sniper who had a different take on his service, this is a must read -
http://topinfopost.com/2015/01/28/the-american-sniper-turned-anti-war-activist-you-didnt-hear-about 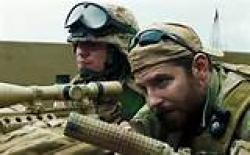 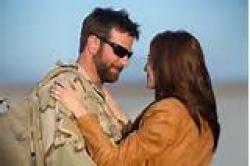 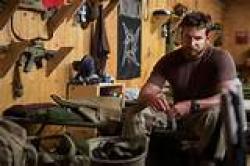 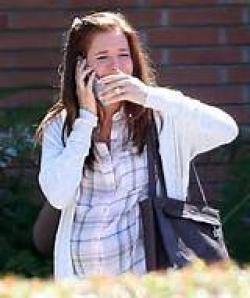