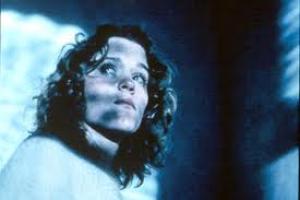 Joel Coen directed and his brother Ethan produced this, their debut feature, a twisting, economical 1984 neo-noir thriller set in Texas. The brothers eventually settled on a co-directorial and writing credit for all their work after 2004, but for the first 20 years of the partnership Joel functioned as the 'on the ground' director. Credits are redundant when the partnership helms each project from the first creative spark to completion, and it's a tribute to their quirky sense of coll that they've managed to carve out an identifiable signature in the best tradition of cinema's auteurs. The Coen's used a 'no-name' cast, headed by the wonderful character actor M. Emmett Walsh and the edgy Dan Hedaya. Little known TV actor John Getz took the male lead role of Ray and Frances McDormand slotted into the role of Fran. Cinematographer Barry Sonnenfeld (later a very successful mainstream director with the 'Men In Black' franchise) shot the film in muted colour, so successfully it sticks in the mind as a black and white noir memory.

The labyrinthine tale starts out with doomed lovers Fran and ray talking about Marty, (Dan Hedaya) Fran's husband. "Something can always go wrong", Ray tells his lover, as she contemplates leaving the slimy bar owner she married. Marty is suspicious and hires Visser (M. Emmett Walsh), a Private Eye, to follow her and report. Visser confirms Marty's worst fears, and Marty decides to hire Visser to kill the pair. Visser pulls a double cross on Marty and in doing so Ray mistakenly assumes Fran has shot Marty, and a misunderstanding leads to the lovers suspecting each other of murder.

The Coen's take the wise step of making the bare and foreboding Texas landscape a character in their drama. "In Texas, you're on your own", is how the voiceover introduction puts it, as Sonnenfeld frames some sparse and elegant shots of the brooding countryside, lending an undercurrent of subtle threat to proceedings. The brothers use the juxtaposition of machinery and nature, just as they would in their later films 'Fargo' and 'No Country for Old Men', where a car is found isolated in a field or paddock, as the humans endeavour to make sense out of the hand fate has dealt them. In 'Blood Simple' Ray is trying to bury a 'dead' Marty, thinking he is covering up for Fran, and the use of the corrugated field in the headlights, and the stunning overhead shot as dawn breaks shows a directing and stylistic talent to be reckoned with. The brothers even manage to make a flying newspaper a thing of menace!

The Coen's tap into the traditional noir territory of illicit lovers in the early throes of an affair and unsure of how much they can trust each other. The story is complicated by the duplicity of Visser and his ingenious scheme to connect the threads of the affair and the 'hit' that Marty puts on the lovers, by framing Fran for Marty's murder, after he's collected the money for the job, "Who looks stupid now"? he says to the gut shot Marty. Visser also gets one of the great closing lines in American cinema after he realises Fran has mistaken him for Marty and he lies bleeding to death behind a closed door, "I ain't scared of you Marty", says Fran, "I'll be sure to tell him if I see him", replies Visser.

The brothers keep the pace cracking, and their use of music, particularly the great Four Tops tune 'The Same Ol' Song' and of Carter Burwell's atmospheric score is exemplary. They find fresh angles to refresh the genre and an approach that is both elegant and classic in it's execution. The ensemble cast all contributes to a memorable whole with Walsh and Hedaya standouts. Frances McDormand marked herself as an actor to watch with an edgy and layered performance as the put upon Fran, as the scope of the intrigue and the paranoia intensifies. McDormand handles the demands beautifully, as the lovers struggle to think clearly under the pressure, becoming 'blood simple', a phrase that identifies the inability of normal people to function effectively when confronted with violent death.

Lawrence Kasdan had used his Hollywood clout as a writer on "Raiders of the Lost Ark" and "The Empire Strikes Back", to jump into a directing career and to re-invigorate the neo-Noir form with his brilliant debut "Body Heat" in 1981, and it's from this film that the Coen's took their lead. 'Blood Simple' is a superlative and economical suspense noir, a film that is witty, humourous and scary, and with it's devious twists it's one that rewards with repeated viewings. 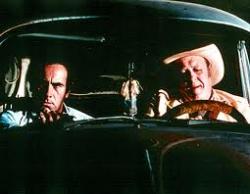