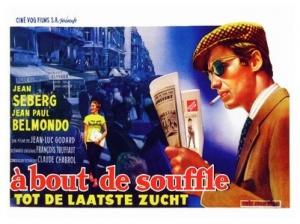 "Cinema is not a series of abstract ideas, but rather the phrasing of moments." ~ Jean-Luc Godard

Breathless is a litmus test film if ever there was one, I came to it in my mid-20's and didn't get it at all, by my late '30's I could see it was a masterpiece. My entree to appreciating it was the stepping stones of humanists like Truffaut, the inheritor in many ways of the genius of Jean Renoir, both unlocked the depth and philosophical core of a French, rather than Anglo-centric approach, and making Godard less scary and more accessible. Godard took his lead from Alain Renais and the artistic triumph Hiroshima Mon Amour, commenting "anything is possible", after seeing it. He wrote the film with fellow Nouvelle Vague luminary Francois Truffaut and selected Raoul Coutard to shoot it in an Italian Neo-realist fashion, no sets, no lighting and hand held camera. Breathless is an homage to the 'B' picture Hollywood aesthetic that Godard and Truffaut grew up with, and the film itself is dedicated to a minor LA studio in Monogram Pictures.

Michel (Jean Paul Belmondo) is a small time criminal who is besotted with Patricia (Jean Seberg) a young American girl who wants to be a writer. Michel informs us "After all I'm an arsehole" in the opening lines of the film, and thereafter gives no impression in the course of the narrative that he's being overly harsh on himself. During a drive to Paris to see her Michel directly addresses the camera, an indication from Godard that anything can happen as he proceeds to turn cinematic convention on it's head. Quick cuts to action that is partly complete, rather than having a beginning, jump cuts where Michel steals money from an actress/model friend of his, is ironically underscored by Michel talking about cinema. Godard might not have been the first post-modernist in film, but he was the most bold. Michel finds Patricia, the visual tone scored by him walking past a poster that portentously says "live dangerously until the end," only to have Godard make a gag in having someone killed by a random car accident. Michel also sees a poster of Bogie, and does his signature 'wiping of the lip' move, another nod to Nouvelle Vague hero Bogie, the emblem of all things American and cool, and to Nicholas Ray, one of Bogie's directors and a Godard hero.

Patricia asks Michel "why are you so sad"? and Godard then riffs for 23 minutes in her bedroom as the couple discuss and argue and make love. Patricia references romantic ideas, 'Romeo and Juliet' and classical music, whereas Michel is self absorbed, speaking only of himself, wanting Patricia for what she represents, a connection to a mythical land like America. Michel has already been let down by a 'mythical' Sweden, finding a reality there that was less than he'd hoped for, but in the midst of his existential dilemma the idea of America represents his 'spiritual' home, and Patricia his point of access. "Do you ever think about death"? says Michel, then continues "I do, all the time". Here is a man in search of something to hold onto, knowing there's a gnawing void in his life but barely able to acknowledge it, let alone fill it. Tellingly Patricia quotes William Faulkner "between grief and nothing, I choose grief", Michel responds with "nothing, all or nothing". Michel outlines his dream girl to Patricia as one who would stick by him no matter what, but Patricia is unable to live up to that mark. In an effort to prove to herself she doesn't love him, she gives him up. Godard disorients and misdirects our attentions often, jump cuts are one technique, but also using language, breaking in and out of French and English for no reason, or having Patricia ask Michel what a particular word means. Godard himself appears as a person who identifies Michel to the police, "an informer informs" says Michel, and soon Patricia is giving in to this part of her nature. To be 'out of breath' is to be dead, the condition he wonders about to Patricia earlier, and at the end a motif that Godard has planted comes to the fore as again Michel says something, Patricia asks what it means? only this time it appears to be either misheard or deliberately mistranslated by the policeman, adding to an ambiguous ending and a feeling of disorientation.

Politically the film touches on American-French relations in a post WWII era, when Eisenhower is visiting a recalcitrant and newly elected De Gaulle, mired in an economic currency crisis and dealing with a far from coherent policy regarding Algeria as it struggled for independence. Godard would harden his political sensibilities in the future and eventually drift into a polemical and intractable position that even distanced him from his beloved cinema, denying many of his achievements and what they represented, including Breathless. This film however is primarily the politics of the personal, it focuses on young people confronting a future, paradoxically by looking back via the prism of the gangster/noir motif, and interestingly the relationship of Michel and Patricia is never 'romanticised', the mater of fact discussion of sex and the unsentimental dialogue is again cutting edge for the era, and still fresh and authentic.

Godard subverts cinematic expectations at every turn, creating a vibrant and modernistic hymn to the young, personified in the waif like beauty of Jean Seberg and the uber-cool of Belmondo. Seberg was cast by Otto Preminger in Bonjour Tristesse and Godard saw this role as something of a continuation of that, and she went on to star with Warren Beatty in Lilith. Sadly she committed suicide at age 41, her career never really taking off despite the iconic nature of the role in Breathless. Belmondo soon became a hugely popular star, working with Chabrol and Melville (who acts in Breathless) and establishing a career as the pre-eminent French star for many years. They young leads were framed to perfection by Coutard's keening camera, finding a vibrancy and spirit in their fumblings and dialogues and an energy in the streets of Paris to complete the canvas. If Truffaut was a Renoir painting, then Godard is a Picasso, if Truffaut was the Nouvelle Vague's heart, and Renais it's mind then Godard here is it's balls, and it's humour. Above all Breathless is fun, made by a serious man, but it's anarchy and inventiveness has at it's core a wry smile. Breathless was well received in France, and although the conservative family oriented films of mainstream French cinema dominated at the box office, it was the Nouvelle Vague films that got notice overseas and in cinema circles.

Breathless landed in world cinema like a hand grenade, its cool post modernist detachment, its deconstructionist aesthetic, its sense of 'cinema' itself, all added up to a throwing away of the rulebook and an embrace of new possibilities, after this, truly, anything was possible. Many of the American students who paid attention to the lessons of the Nouvelle Vague would bear fruit in the work of their own new wave, The American Renaissance. Godard, a walking mass of contradictions at the best of times, would go on to others glories and even greater controversies, but here at least is his exhilarating debut feature, fresh and original and pointing the way for others to follow. An important, iconic and unforgettable film. 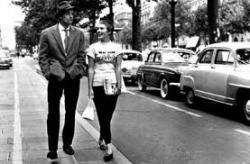 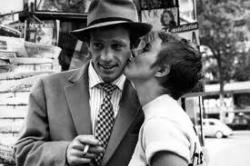 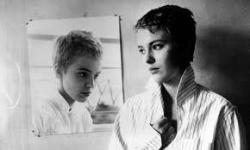 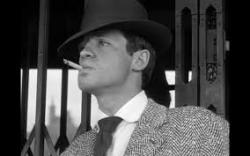 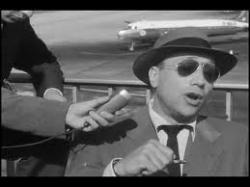 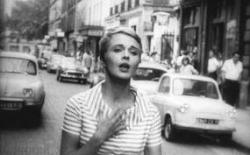