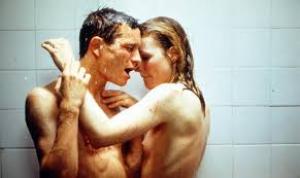 “Every fairy tale had a bloody lining. Every one had teeth and claws.”
― Alice Hoffman (writer)

François Ozon has consistently proved himself one of the masters of modern cinema, a giant in his native France, and imaginative and vivid films, like Criminal Lovers,  are the reason why. The film is a dark modern fable, a much fractured fairy tale with resonances all the way back to Hansel and Gretel, but with a murderous, contemporary edge. Ozon’s sensibilities reflect those of a gay man working in the mainstream and have their antecedents in the cinema of Rainer Werner Fassbinder and the Hollywood ‘women’s’ cinema of Douglas Sirk. The challenging of sexual mores and bourgeois expectations also harks back to France’s Andre Techine, and is comparable to contemporary Catherine Breillat, in providing direct and thought provoking examinations of the complexities and contradictions outside the narrow range of human sexuality.

Alice (Natacha Régnier) uses her sexual allure to manipulate Luc (Jérémie Renier) into agreeing to a murderous plot. She then lures a fellow student at their school, Said (Salim Kechiouche) into a trap, seducing him and hoping Luc will go through with the deal. The couple intend to hole up for a time away from their homes and school, and end up in the woods, where they find food in a remote cottage. The owner (Miki Manojlovic), “He’s an ogre”,  insists Alice, returns and takes them captive, locking them up in a cellar. A series of flashbacks tells the true story of the events leading up to their predicament, as they scramble to survive.

Ozon’s films are often essays on sexuality and this one, merely his second feature, is no different. The central character is conflicted by his need to appear ‘straight’, while secretly desiring anther man. Alice is too self absorbed to notice Luc’s dilemma, as she demands his complicity in her revenge on Said, she asks “Luc, do you love me”?  then gives him the method to prove it. Luc’s inner turmoil at his repressed desires is a constant throughout the film, and in killing Said he would be attempting to kill that desire. Luc wants desperately to conform, and with the pretty Alice as his girlfriend he can become one of the cool guys at school, validation at last for a perennial outsider.

Alice reads Rimbaud in class, “Quick, a crime, that I might fall into the void by human law”,  which sets the tone of Ozon’s piece, dark but with a philosophical depth. Alice pursues her agenda against Said, an attractive boy of Algerian descent. Alice is a sociopath when it comes to scheming against Said, yet is distraught when Luc accidentally runs over a rabbit as they head for the woods, “You’ve got no heart”,  she cries, and insists they bury the corpse. Alice is outraged by Luc’s sexual impotence towards her, which is ironically not an issue for Said, but her narcissism blinds her to its true cause. When Ozon shows Luc cry as he watches Said kiss Alice passionately, it’s clear his feelings are a ball of confusion as he’s plainly attracted to Said.

Luc and Alice soon realise that the Ogre in the cabin intends to eat them, “I like my girls lean and my boys nice and plump”,  he says as he forces Luc to eat while he starves Alice. In a sado-masochistic twist Luc finds himself dog-collared and submissive to the Ogre, and is fed meat of an indeterminate origin, before being used as a sexual plaything. Alice accuses Luc of enjoying the sexual games with the Ogre, still not realising the implications, and insists they use the situation for their benefit, by having Luc seduce the Ogre so Alice can knife him. In a scene that feels like a dream the young couple find themselves making love at last, sardonically in a bucolic idyll in front of a coterie of cute forest animals! This is after an escape that leaves several questions hanging and after swimming naked in a pure steam, washing off the stain and sins of the past few days. This ‘Walt Disney-esque’, needless to say, reverie does not last.

The performances are uniformly fine, both leads have the necessary ability to evoke both innocence and dark resolve, and the film would not work without this duality. Ozon blurs the lines of sexual desire several times, and subverts expectations at many a turn, imbuing the film with an unsettling and unnerving ambience. The simplicity of the near fairy tale scenario is underscored by the terror of a psychological thriller, where the lines of protagonist and victim are deliberately blurred.

What makes Criminal Lovers   essential modern cinema is not only the frank and open representation of sexuality, but the deft economy of execution and the layers of psychological depth. Ozon does not waste a frame or a word in service of a superbly structured work, one that benefits greatly from the use of flashback. Ozon unpacks the issues meticulously, but never condescends to an audience by overstating his case, if you miss the subtext then c’est la vie. Ozon would shortly move on to pay homage to both Fassbinder and Sirk with his elegant and successful 8 Women,   starring several French female screen icons, but his career got off to a great start with the dark and Grimm, Criminal Lovers,  one of the special joys of modern French cinema. 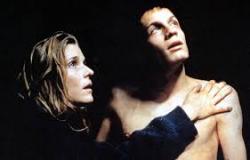 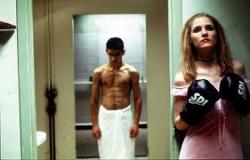