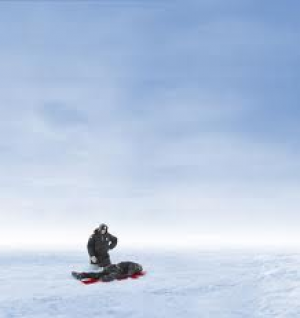 Joel and Ethan Coen returned to their native north mid-west America and the wintry climes of Minnesota for a remarkable fable of good verus evil. In a kind of bizzaro Capra universe the Jimmy Stewart hero character is a seven months pregnant woman cop and the villains are dopey schmucks who put bodies through wood chipper machines. After the indulgent, but wonderful Barton Fink, and the relative artistic and commercial failure of their screwball homage The Hudsucker Proxy, the team were in need of a hit to restore their mojo and to keep them in the game at the level to which they'd become accustomed .i.e. with the holy grail for director's, final cut. Joel's wife Frances McDormand was cast as Marge, the pregnant cop and in William H. Macy they unearthed a major screen talent who was perfect for the role of the put upon car salesman Jerry.

The brothers open with a title card outlining a true story the film is based on, backed with a fairy tale score, before subtly suggesting that the truth is possibly being stretched with the naming credits of the actors. Jerry meets two seemingly goofy criminals, Carl (Steve Buscemi) and Gaear (Peter Stormare) who are to kidnap his wife Jean in order for him to extract money from Wade (Harve Presnell), his wealthy father-in-law, which he will then split with the kidnappers. The kidnap goes ahead with murderous complications and Jerry soon arranges for Wade to stump up a million dollars to have Jean released. Carl collects the money but things don't go as planned and soon Jerry is dodging questions from Marge the cop as his world spirals out of control.

The Coen's walk a fine line here between whimsy and brutality, not two words that are often bracketed together. Their special skill is in finding some middle ground that creates a surreal yet authentic environment from which to launch their oblique humour. Gaear commits some horrendous crimes and yet the Coen's evoke an almost sympathetic character in the dead eyed killer. Jerry is duplicitous and evil at heart, manipulative and cowardly and yet we feel his dilemma and are often hoping he can pull it all together and magically find a solution. That the Coen's can conjure these impulses from their audiences in this way is a tribute to their ability to find a tone and maintain it. Madge's good hearted and simple humanity is matched against some very nasty if quirkily presented villainy, and because they assert the primacy of good over evil in this fractured fairy tale they are miraculously able to pull it off.

The brother's task was made considerably easier by fine performances from the lead actors. McDormand is lovely as the 'Minnesota nice' policewoman, gently fending off old school friends, morning sickness or sharing a tender moment with hubby. Marge is the heart of the piece even though she doesn't appear until nearly 34 minutes into the action. Macy marked himself as a future actor to watch with his brilliant portrayal of Jerry, actor and part perfectly in sync and the fulcrum upon which the narrative turned. Buscemi and Stormare are riveting as the oddly paired criminals, bringing a black humour and underlying tension to the scenes they share. The Coen's wrote the part for Buscemi and it fits like a glove.

The Coen's use comedy to disarm the viewer, to lull us into a sense of comfort before they jerk us out with some random quirky situation, Carl and a hooker at a Jose Feliciano gig moves to a brutal beating from an angry associate. The characters are warmly written and observed, not caricatures but endearingly rounded people and this gives the film a chance to work at different levels, if the Coen's didn't have great affection for these people the exercise would feel empty and forced. A strange normality surrounds even the villains, as they argue about pancakes or watch the 'Tonight Show' in their hotel rooms, or a soap opera in the hideout. These small observations add up incrementally to creating a detailed and effortlessly coherent world from which to spin the fable.

'Fargo' super-charged the Coen's career, winning seven Academy Award nominations and bumping them from cult favourites into the front ranks of Hollywood's mainstream. Creatively the success stimulated them into producing some of their best work in the next two features through the late '90's in, The Big Lebowski and O Brother, Where Art Thou?, before running out of juice for a time in the early naughties. Fargo will stand as one of their best. Very cool, in every sense. 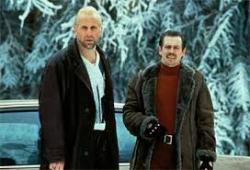 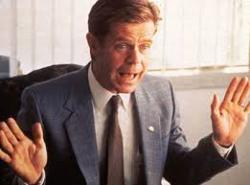