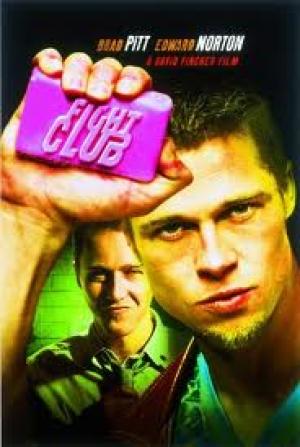 "This is your life and it's ending one minute at a time."
~ Tyler Durden

David Fincher wrangles novelist Chuck Palahniuk's excoriating prose and stream of consciousness musings into a visceral and enervating cinematic experience with the 1999 film Fight Club.  Fincher was the 4th choice as director and had not had a good experience with 20th Century Fox on Alien 3,  but once he'd read the book he became convinced of its cinematic possibilities and pushed hard to get it. The device that makes Palahniuk's wordy explorations into a modern man's emasculated psyche is the constant voiceover from the central character played by Ed Norton, so insistent it's almost a talking book, but so essential in conveying the layers of meaning that Fincher pulls off the remarkable act of making it non intrusive. As with other Fincher features the art direction is crucial and the set designers work overtime to create a funky and detailed environment that suggests both a futuristic and contemporary squalor, an urban terrain that reflects the alienation of the individual, a trope that forms part of the core message.

The Narrator (Ed Norton), is trapped in a functional job with no real prospects, his anxiety has led to a sleeping disorder and sometimes his insomnia lasts for days. In an effort to address his problem and to fill in his extended waking time he starts to attend self help and support groups specialising in various conditions and illnesses, none of which the Narrator has got. He meets Bob (Meatloaf) at a testicular cancer group, and is troubled when Marla (Helena Bonham Carter) joins the group, she's a damaged young woman that he has seen at some of his other groups. The Narrator's apartment is destroyed by an explosion and he moves in with Tyler Durden (Brad Pitt) who soon has a relationship with Marla. Tyler and the Narrator develop a philosophy based on brawling with each other that expands into a cult called Fight Club. Soon many disenfranchised males are secretly meeting to beat the crap out of each other and work out their frustrations, but Tyler co-opts the group for quasi-terrorist ends, creating Project mayhem without the Narrator's knowledge. The Narrator and Tyler are headed for a showdown with Marla in the middle and the outcome of Project Mayhem uncertain.

The Narrator is the 'seeker' in this equation, and the mysterious Tyler offers him "enlightenment".  In a world where many modern males feel they have been emasculated, literally in the case of the testicular cancer group, the Narrator finds in Fight Club a satirical version of the so called 'men's movement' solutions to the sociological issue, a return to primitivism and a rejection of modernity. Tyler posits a solution where a fresh start is possible, wiping the slate clear for millions by destroying the data banks of credit card companies, a symbol of the 'be passive and consume' bland cultural construct that has led us all here. "It's only after we've lost everything that we're free to do anything"  he tells the Narrator after confessing he blew up his apartment. Earlier the Narrator had observed, "losing all hope is freedom",  and somewhere between those two philosophical statements is the struggle to align Tyler and the Narrator to a single consistent view.

Palahniuk uses prose like Kurt Vonnegut on crack and rips apart the American dream, exposing it as a sham that's been co-opted by corporations, Tyler gives voice to it, "Slaves in white collars with jobs they hate buying shit they don't need". For Tyler the Narrator is having an existential crisis, and the solution is to "blow up your own worthless life",  he takes him on a high speed car ride and forces him to confront the prospect of his death in order to jolt him into dealing with the reality of living with a purpose and meaning. The salvation that the men's movement of Fight Club offered to the Narrator is short lived when its aims get perverted and Tyler disappears after taking a severe beating from a gangster. Tyler functions as a 'crucified' saviour figure at this point, a messiah myth figure for the followers to coalesce around. The Narrator goes on a search for Tyler that is also a search for himself. Marla struggles with her own demons, unsure of her part in this post modernist nightmare.

Fincher successfully brings out the humour in the piece as well as its cynicism. There are many delightful exchanges between Pitt and Norton that holds the darkly comic tone Fincher sets, creating a balance for the graphic violence and the surreal situations. "Which celebrity would you fight"?  becomes a running gag, with choices from Hemingway to William Shatner proffered with a shamelessly straight face. Pitt has tremendous fun in the anarchic role of Tyler and delights in the many little acts of mischief, but is convincing in the muscularity and darkness needed when his character crosses the line to blood lust. Norton is superb as the perpetually bewildered Narrator, as if he's locked outside of his own life and is scratching at the door wanting to be let in. Helena Bonham Carter is riveting as the damaged Marla and forever put her 'good girls in period costume' type casting behind her with a captivating and edgy performance.

'Fight Club' is one of the more significant modern dissections of violence in relation to popular culture, and not since Kubrick's A Clockwork Orange  has cinema created so powerful an approximation of the boiling frustrations that lay beneath the surface of the disenfranchised class. Consumerism as a salve or substitute for meaning is no solution to the emptiness at the heart of the modern world. Fincher makes a compelling case for throwing off the ceaseless demand to 'consume and be passive' and to find and inject meaning that bypasses the corporate gods for a more personal, intimate and fulfilling model. The Narrator finally reaches out to Marla, hinting at a future that allows for the small mercies of shared pain and shared joy.

Fincher went on to the mature glories of Zodiac, The Social Network  and Gone Girl  and has established himself as a fixture in the A list of American director's, but he may struggle to make a film as dimensional, impactful and satisfying as Fight Club. 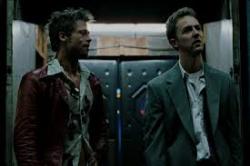 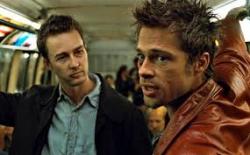 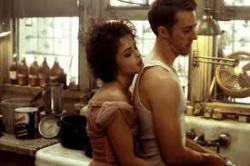 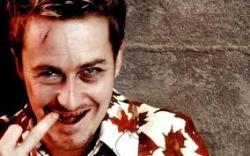