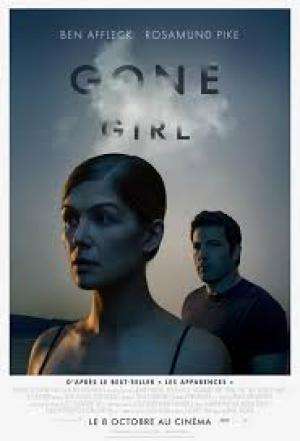 "All media exist to invest our lives with artificial perceptions and arbitrary values."
~ Marshall McLuhan

David Fincher has carved a stellar career out of essaying the darker side of human nature, evidenced again with his 2014 entry, the pulp thriller Gone Girl,  where he also takes a cudgel to the mainstream media for good measure. Fincher’s penchant for forensic detail is again to the fore in this pulsing policier,  a throwback to a favourite Hitchcockian trope, the suspicious husband and the beautiful, helpless wife. Ben Affleck took on the central role of Nick Dunne, the decent, failed writer who finds himself under suspicion once his ‘perfect’ wife (Rosamund Pike) vanishes. Gillian Flynn wrote the novel and adapted her own work to provide Fincher with a classy screenplay for him to loose his direct and unfussy eye upon.

On the fifth anniversary of his wedding Nick (Ben Affleck) finds his wife has disappeared and reports the problem to the police. Detective Boney (Kim Dickens) takes on the case and uncovers many clues that point to Nick not being as innocent as he seems. The case becomes a media sensation as Nick appears to be a doting husband pleading for information on his beloved and missing soul mate. As the days pass suspicion falls upon Nick, and various mainstream TV pundits judge him to be guilty before charges are even laid. Nick hires a media savvy lawyer in Tanner Bolt (Tyler Perry) who also pursues the truth with his own independent resources, trying to stay one step ahead of the police investigation. The case takes a turn for the worse when Nick’s mistress comes forward and a very different picture of a deeply unhappy marriage emerges.

Flynn writes a fractured narrative, giving us a version of the present before dipping back into the past for either contrast or context. She then gives us a separate narrative and time line for events that had happened concurrently to the main storyline, so attention needs to be paid. We start from the assumption and impression that all is well with Nick and Amy’s marriage, living a stress free life in small town Missouri, where Nick grew up. Soon we find out that Nick has money troubles, that the bar he owns is in his wife’s name and was financed by her family money, and that he recently raised the insurance payout for Amy in case of her death. This information, when combined with the public outing of his mistress turns the tide of sympathy for Nick and it seems like he will pay with his life for his misdeeds, as Missouri has the death penalty.

Fincher presents the information in muted and sober tones, as if to contrast the hot button issues and passions raised by an apparent wife killing. Domestic violence is a sad fact of life in every culture and surely one of the most tragic statistics is the fact that women are far more likely to be killed by a ‘loved’ one than by a stranger. The doting husband facing the media to plead for information, only to later be uncovered as a lying murderer is so common as to be a cliché, and it’s this dimension that Fincher has to work hard to avoid falling into lazy, visual shorthand. As with all of Fincher’s work he remains unafraid of taking his time to lay out the detail, either in the investigation or in the moral ruminations of the major characters. In this regard Gone Girl  is the first cousin in tone and mood to his other procedural par excellence,  Zodiac, his 2007 masterpiece about the San Franciscan serial killer.

Ben Affleck is very fine in a demanding role and gives the performance of his career thus far as Nick Dunne, walking the fine line between evincing sympathy and provoking antipathy. Affleck has to leave open the possibility that Nick is a decent guy being pulled along by circumstances out of his control, or a smarmy narcissist who thinks he can get away with murder. Rosamund Pike is a revelation as Amazing Amy, the girl unable to live up to the storybook version of herself that her parents had literally authored. Pike has the more difficult task of grading her characters descent into psychosis across multiple timelines and criss-crossing storylines and she is never less than compelling in a characterisation that moves her into the first rank of modern actors. Kim Dickens is also wonderful as the laconic detective and the rest of the cast are convincing, with Tyler Perry a standout as the scenery chewing, media junkie lawyer.

Fincher takes careful aim at the media’s propensity to fan the flames of stories like this until the bonfire is good and hot, preferably ready for a good old fashioned public witch burning. He delivers a spot on duplication of the types of shows that are at the root of this problem, headed by the egregious, personality driven media pundits who have little say but rarely stop talking. Missi Pyle provides a deathless approximation of a TV airhead (obviously based on Nancy Grace), it’s so accurate it’s scary - one of the delights of the film and indicative of the level of detail Fincher is prepared to labour over to get it right. In the age of the 24 hour news cycle he shows the voracious, exploitative end of the news industry, the type that continues to make moguls like Rupert Murdoch an even bigger fortune. The circus is a reminder that cable news grew exponentially due to its non-stop coverage of the O.J. Simpson trial in the ‘90s. Flynn adds a patina of satire to the narrative, something which Fincher unlocks to reveal a dark humour behind the scheming Amy’s dilemma. Neil Patrick Harris plays a nice foil for most of the satiric barbs, and Tyler Perry provides most of the rest.

Fincher handles the disparate elements of the piece with great flair and aplomb, and provides a richly detailed essay on the changing nature of maturing relationships. Fincher shows that the ordinary, insidious pressures of marriage seem just as difficult as when they come under the strains of rampant media scrutiny. The code for a marriage in atrophy is slyly shown by the symbolism of the fifth anniversary present; wood, as Nick struggles to work out how a love with such a passionate beginning could morph into such poison. It’s in this area that Fincher’s languid pacing pays off, fully fleshing out the tension and the bitterness that had built up between the two protagonists. Fincher presents two people who seemingly have the American Dream sewn up, only to find it unravel at a pace when the easy ride finishes.

Gone Girl  fits neatly into the later work of David Fincher, expanding on elements of commonality of muted tone and considered pacing with both Zodiac  and The Social Network. Gone Girl  is a bold and full cinematic experience that does not skimp on detail at any level or leave any strand of the drama unexplored. It's a reminder that relationships are hard work and that even dropping out and buying into a slice of anodyne suburbia comes at a cost. It’s an intelligent film and a credit to a fine screenplay, excellent performances and masterful direction from a man at the top of his form. 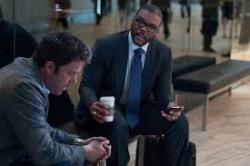 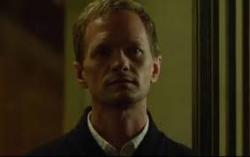 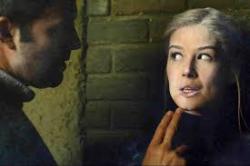 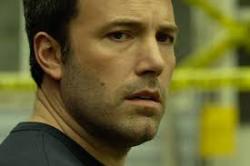 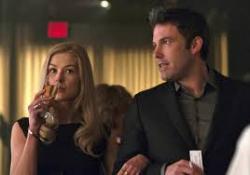 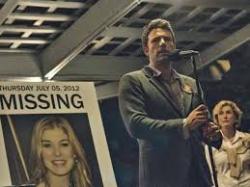