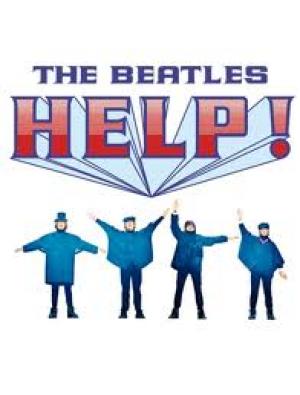 The film opens with an Indian cult in the middle of sacrificing a female to their goddess, but are prevented from doing so by noticing the crucial sacrificial ring is no longer on her finger. The cult's leader Clang (Leo McKern) discovers the ring on the finger of the Beatles drummer Ringo, and he sets off to London with his thugs to retrieve it. The band goes about it's business, recording songs and goofing about as they become victim to more and more elaborate attempts to get the ring. Ringo is told about the danger in an Indian restaurant and the lads attempt to have it taken off by a jeweller, and then an eccentric scientist Foot (Victor Spinetti) and his assistant Algernon (Roy Kinnear). After the failure of these methods, they go to Scotland Yard for protection, before going on the run to Austria and the Bahamas.

The charm of the film is very much the sight of the Beatles having fun with a fairly lightweight script and injecting some level of deadpan Northern humour into the modest set up's. When the band bumps into a supercilious Scotland Yard Inspector (Patrick Cargill) and don't hit it off Lennon fires off a snappy "the great train robbery, how's that working out for ya?" The humour is offbeat and slightly surreal, as influenced by The Goons and The Marx Brothers, and a pre-cursor to Monty Python in some ways. The very British habit of self deprecation is also much in evidence, Paul being wound up by George over his acting, "it's okay Paul, you got the part", or John picking out his own book from an enormous library to take to bed to read. Mostly it's an excuse to link several new Beatle songs and the style and inventiveness of the presentations can be seen to be a huge influence in what came to be called 'music video's' and the MTV generation.

As with most Beatle projects it's the songs that sparkle, and these are no exception. Help! opens with the title tune, a song Lennon admitted later was a cry for, well, help. The lads dressed it in a bright arrangement and it disguises the fact that it's a soul in trouble, looking back to a less complicated time and asking for assistance in dealing with his pain. A gruff northerner like John could not admit a weakness, and so was writing in code, just as Norwegian Wood would hide an affair, it was an indication that his writing was getting more confessional, a trend that continued until that was the only element it contained. A key influence that was seeping through at this time was that of Bob Dylan's, and the brilliant 'You've Got To Hide Your Love Away', bears this out. It's one of John's best songs from the era and a reminder that he'd been hiding away his wife Cynthia from public view for years. Paul's bright 'Another Girl' gets a run in the sunny Bahamas, George's delicate 'I Need You' is incongruously set against tanks on Salisbury plains and the mighty 'Ticket To Ride' is set to some clowning around in the Alpine snow.

The film looks stunning, in vivid colour it breaks away from the austere black and white hues of it's predecessor 'A Hard Day's Night' and sets the tone for 'swinging ' London. David Watkins, who would go on to a remarkable career, with 'Catch 22', 'The Devils' and 'Chariots of Fire' of note, before winning the Academy Award for 'Out Of Africa', shot the film for Lester, his collaborator on several other features. The cutting style and surreal visual gags directly influenced Bob Rafelson and his American TV project 'The Monkees', who became a recycled small screen version of the Fab Four. The band would take the style even further in later years with their remarkable and surreal film clips for 'Strawberry Fields forever' and 'Penny Lane'.

Help! is a fine record of the band during a transitional period, the grind of being in the 'eye of the hurricane' was taking it's toll, and they would eventually retreat completely from public appearances to the sanctuary of the studio. The fun they had while making Help! was heavily dependant on a large ingestion of marijuana, and they admitted this alienated them from director Lester and the crew, as they spent most of the time in conspiratorial fits of "the giggles". Lennon complained that they were never told by Lester what the 'vision' for the finished product was and they felt excluded, "like extras in our own film", but he later realised it's pop art influence on shows like 'Batman' and 'The Monkees'. It's a fun romp with an insanely talented band, lovely to look at and to listen to, but as a coherent feature film it's not in the league of 'A Hard Day's Night'. For fans only would be a fair recommendation, but isn't that nearly everyone? 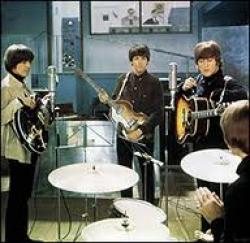 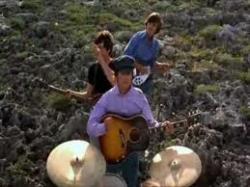 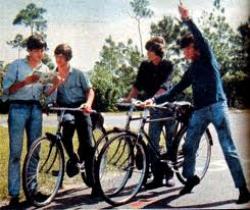 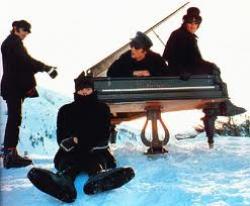