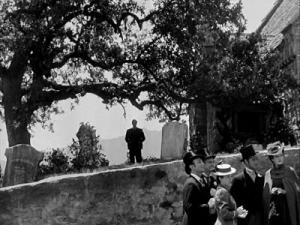 How Green Was My Valley

In keeping with Daryl F Zanuck's ambitions at 20th Century Fox to make an 'answer' to 'MGM's Gone With The Wind, Philip Dunne was assigned the job of transferring Richard Llewellyn's novel into a screenplay that would run 4 hours long, Dunne delivered the script but Zanuck then changed his mind about the epic length. William Wyler was assigned to direct and he and Dunne collaborated closely on the final script and solved the length problem by concentrating the story on the years the main character Huw spent as a boy in his village in Wales. This meant the story concerning Huw's adult years, where Tyrone Power was cast as Huw, were shelved, leaving the piece without a 'star' draw for the box office and this caused Fox's New York bankers to refuse funding and the project was mothballed. The money men also cited Wyler's free spending ways as a concern, so later Zanuck offered them John Ford as director and they agreed to a million dollar budget. Ford changed some of Wyler's casting choices, preferring Maureen O'Hara to Katherine Hepburn and Anna Lee to Greer Garson. The key choice was the boy Wyler cast as Huw, Roddy McDowell, and Ford thankfully stayed with the 13 year old English lad who then delivered one of the great performances of any child actor in the history of cinema.

The story is framed by a voiceover narration from Huw, recalling a time 50 years prior when he was growing up in a Welsh mining village. Ford dissolves from the barren and scarred present to a green and pleasant past where the mining had not long been established and had not yet blighted the environment. The Morgan family is the focus of the tale, 5 Elder sons and one older daughter, Angharad (Maureen O'Hara) are Huw's siblings and their parents are the rocks upon which the family is built. At first the mining activity is shown as benign and uniting for the community, but once economic times change so too does the relationship to the work. Ford uses his trademark mise en scene in showing us the family unit and it's rituals, cleaning up after work and at meals, and the ease with which he can evoke such telling visuals is astonishing. Ford's background in silent cinema often makes words redundant, never more so than when Angharad first sets eyes on the new Preacher (Walter Pidgeon) and in a wordless sequence that involves looks, singing and laughter it's plain that the couple are instantly in love with each other. Originally Gregg Toland was set to be the cinematographer but when he was otherwise engaged Ford used Arthur Miller, who had shot Young Mr Lincoln for Ford in 1939 and the two films have several stylistic visual similarities. Angharad's trek up the slag hill to answer the distress siren of a mine collapse at the end is one of the strongest images on all of Ford's work

The tension in the piece comes from a balance between the social concerns that impact on the day to day lives of the family and the strength of the unit to withstand the impacts. It requires a delicate touch from Ford to not let the tone lapse into rank sentimentality, and it's a tribute to both Ford and Dunne that it does not. The family and the community are shown as changeable, flawed and vulnerable, not immutable and perfect. The key point of conflict was where the two intersected, that is the need for the villagers to unionise to survive once the mine owners cut their wages and started to squeeze locals out by hiring cheaper labour from out of the district. The Morgan sons want to start a union, but their father Gwilym (Donald Crisp) will have none of it, and this splits the family. The community is equally split and soon Gwilym is a pariah in the village as the workers vote to strike and the men stay out for over 22 weeks. The community is also shown as hypocritical and cowardly in it's handling of condemning an unwed mother and in gossip relating to Angharad's loveless marriage to the mine owner's son. Ford's eye for visual poetry again was to the fore in the classic ritual scene's of the two marriages, firstly son Ivor to Bronwyn, a happy and joyous and riotous scene, and then Angharad's, which has the tone of a funeral and concludes with the hapless preacher framed silent and still amidst a row of headstones.

Ford barely deviated from Dunne's script, and it's obvious that in the boy Huw he saw something of his own childhood with older brothers and a tight family unit. Ford grew up in a displaced Irish family, born in Maine, but more Irish than many native Irish according to Dunne. Ford's parents both left a post-famine Ireland for a better life in America, and the feeling Ford evokes in the scenes where the Welsh sons leave the village to emigrate after the strike are imbued with great feeling and tenderness. Ford again was possibly compensating for the inattention to his own family life, and possibly the latent Catholic guilt of doing the same thing the Morgan boys had to do, which was leave his home and family and seek his fortune elsewhere by visually playing up that element of the script, and it seems his attraction to and empathy with the project is easily explained in these terms. Ford may have become more conservative in his later years, but his championing of 'traditional' family values never left him, and given any chance he idealised the family unit as the cornerstone from which his own values were built, even if he fell well short in his own living up to them. Socio-political themes at the time were something the quasi-liberal Ford didn't shy away from, evidenced by an environmental sub-text of a  pleasant Welsh countryside that was reduced to a waste pile by the march of progress, of poor village girls that were more or less trapped into sham marriages with the ruling classes and of families torn asunder by children having to emigrate to survive hardly make for gentle family viewing, so it's ironic that many see this film as sentimental and light, methinks they were not paying attention.

How Green Was My Valley caused Philip Dunne, years later, to challenge the 'auteur' theory of film analysis, as he indicated all the crucial work done prior to Ford coming on board precluded him being the 'author' of the piece. He went further in noting that Ford did all the same work for Dunne's later script Pinky, and after 3 days filming had to be hospitalised with a bad attack of shingles and Zanuck hastily dragged in Elia Kazan to finish it. Was Kazan the 'auteur of Pinky any more than Ford was of 'HGWMV? This over simplifies the theory, which like most 'art' theories has a big quotient of subjectivism about it.  To view 'HGWMV' is obviously to see a John Ford film, it has his visual style all over it, and is strengthened by the poetic choices and at times silent film styles used by the director. The fact that Ford didn't get to tinker with the script to his usual degree doesn't dilute this fact, and the degree to which a writer-director can be deemed to be an 'auteur' is obviously more marked than simply the director who facilitates getting a script off the page and onto a screen. When the theory was proposed it was these directors it chose to highlight as the writer-director was still something of a novelty, and that's exactly why Ford and Hawks et al were championed. To watch this film is to see the same cinematic eye that stitched together The Informer or The Long Voyage Home all the way to The Man Who Shot Liberty Valance. Ford's rhythms and pacing and framing are all crucial in bringing a final vision to the screen, and he was also canny enough to 'cut' in camera, meaning he never delivered extra footage or too many filmed options for producers who had final cut to put the film together any other way than how he wanted it to be.

Ford's use and handling of actors is also a key component in achieving his desired results and in this film it's apparent his techniques worked with O'Hara, who he made a star and Donald Crisp who walked away with the Best Supporting Actor, and deservedly so. The film famously won Best Picture and beat out Citizen Kane, but that may speak to the times and the unrest in Europe that spilled over to the States, and an Academy possibly wanting to show some solidarity with the Brit's, however obliquely, rather than fall at the feet of the 'Boy Wonder' Welles. Ford won another Oscar for Best Director for the film, and when given the opportunity to select a film to view for an honour bestowed by the Director's Guild shortly before his death, Ford chose How Green Was My Valley. Ford and Dunne's film is a multi-layered and beautifully rendered piece, at once a valentine to a past time and a regretful hymn on what is lost in the inexorable march of 'progress'. It is a sentimental film, but not in a one dimensional way, and McDowell's performance stays in the mind long after the final frame flickers out. Great old fashioned movie making from a master of the form. 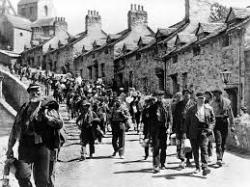 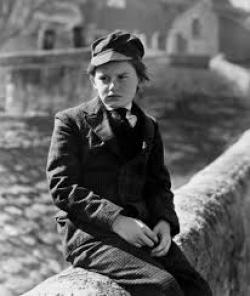 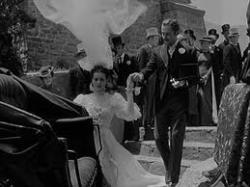 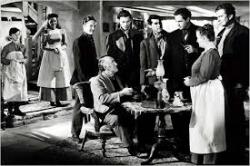 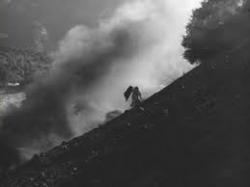 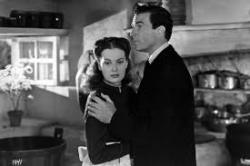 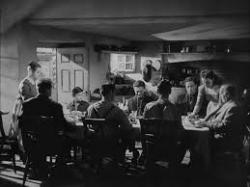