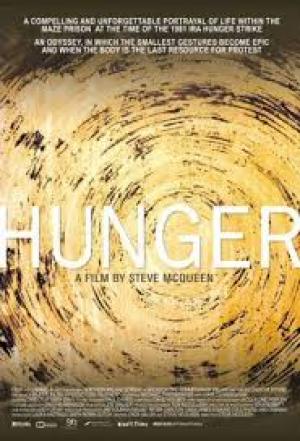 Steve McQueen confronts an ugly episode in the ‘troubles’, the struggle between Northern Irish republicans and the British, in the Maze prison hunger strikes led by Bobby Sands in 1981. McQueen co-wrote the script for his feature debut with Irish playwright Enda Walsh, and the result is a gritty and unforgettable portrait on men under pressure, shot in an almost poetic-documentary style that recalls the austerity of classic European cinema rather than contemporary British mainstream cinema. In the first of a series of crucial partnerships, McQueen found his ideal actor in Michael Fassbender, and the pair would go on to successful collaborations in the confronting Shame, and the historical drama 12 Years a Slave.

Maze prison in Belfast was used to house the convicted members of the Irish Republican Army, and the Irish National Liberation Army, a kind of socialist equivalent. A prison guard nurses bloodied knuckles as he bids goodbye to his nervous wife and goes to work, after checking his car for a hidden bomb. At the prison the inmates are engaged in a ‘no wash’ protest, refusing to wash, shave or bathe, resulting in most of the men being filthy, the guards responding by dragging them out and hosing them down. A ban on prisoners not in prison uniform from being allowed to use toilet facilities also adds to the squalor, as the cells are smeared with excrement. Against this background Bobby Sands (Michael Fassbender) decides on a second hunger strike, an earlier one was called off after the apparent back down of the British government to several demands, but after they reneged on the deal, Sands determines to do what it takes this time.

McQueen uses the human drama to propel the piece, largely staying away from the politics, which serves to make the film effective in a way a polemic would fail to do. In unravelling the narrative in neutral tones the events take on an intrinsic power, and regardless of the political overtones, the brutality on show is unjustifiable on any terms. “There is no such thing as political violence” says Maggie Thatcher on a radio broadcast, before we witness the state sanctioned, political violence against the inmates. To balance the ledger McQueen shows a guard being executed in a family context, underlining the ubiquity of the problem and how deeply it affected everyday life.

Artistically, McQueen makes bold choices in the framing and pacing of the drama, finding a meeting between the seeming paradoxes of poetry and documentary level realism. Visually he finds a terrible beauty in the shit stained walls of the cell, a kind of perverse work of art in the middle of the maelstrom. He luxuriates on a shot or a sequence with pacing more akin to Bresson’s A Man Escaped or Becker’s Le Trou, from classic era French film. McQueen also displays an ability to amplify stillness worthy of Michael Haneke, and the central two handed scene between Sands and a priest feels like a Haneke scene, shot in middle distance, tempering our involvement in the intense exchange. The scene lasts for 18 minutes without a cut, as the two men argue the morality of Sands’ plan, before Fassbender continues with a devastating soliloquy about an injured foal he encountered as a boy to help explain the justification for his action.

Michael Fassbender provides an astonishing portrayal of Sands, emotionally hitting every note and physically pushing himself to extremes, going through the weight loss required to convey the level of emaciation Sands experienced. The role propelled Fassbender to the ranks of first choice actors, able to move equally well between art house and commercial projects. Fassbender is beautifully matched by Liam Cunningham as the priest in the central, “business of the soul” scene of the film. The pair effortlessly conveys the dilemma of two Catholic men trying to resolve the impending suicide, or even martyrdom of Sands. “God’s gonna punish me”? Sands asks of the priest, as the two dance around the philosophical problems of him committing a ‘mortal’ sin.

“They’ve turned their violence against themselves to play on the most basic of human emotions, pity” intones Maggie Thatcher, in a voice devoid of any pity at all. McQueen shows the result of Sands’ determined attempt to win back basic human rights for the prisoners in an unflinching and unsentimental way, but always managing to find a level of poetry in the proceedings. As the facility moves into the death watch stage McQueen harks back to the cross country running story Bobby told the priest, as we see Bobby as a boy running through the fields of barley. The film concludes with a role call of the casualties, both in the prison and in the wider community.

Hunger is a seminal achievement, a brilliant and steely-eyed look at a complex political issue through the rubric of the human condition, with one of the great performances by an actor in modern times in Fassbenders’ Sands. It's a mesmerising and insightful film, a worthy companion to Paul Greengrass' 2002 film, Bloody Sunday, a withering procedural about the 1972 march in Derry. Steve McQueen arrived as a major talent with this film and looks to be a British director to reckon with, judging by the quality of the projects he’s since completed.

*Maze prison was closed down in 2000, and mostly demolished several years later. It is now declared as the site of a future peace centre. 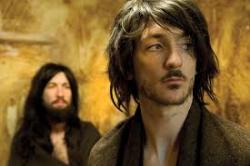 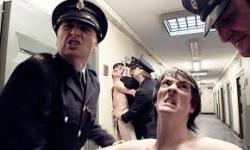 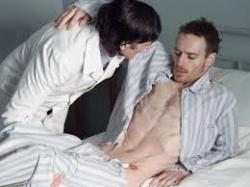