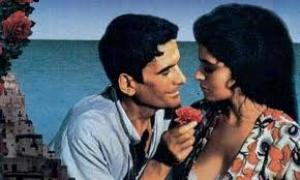 Michael Radford's adaptation of the novel 'Ardiente Paciencia' (Burning Patience) by Chilean writer AntonioSkármeta, is a loving throwback to the classic era, where Hollywood romance meets neo-realism. This unlikely combination comes together when the literary world of renowned Chilean poet Pablo Neruda collides with the simple village life of an Italian coastal town in the early 1950's. The real Neruda was in exile from the political turmoil in Chile during that time, and Skármeta uses the conceit of imagining a scenario where the famous poet found a kindred spirit in the unlikely shape of the village postman. The sad postscript to the filming involved the star and co-writer of the project, Massimo Troisi, as he'd postphoned heart surgery to do the project only to suffer a fatal heart attack one day after filming wrapped.

Mario (Massimo Troisi) is a man who is frustrated and drifting, living at home with his father and receiving postcards from America from his siblings. Mario's father, a fisherman like most of the men in the village, berates Mario because he doesn't have a job, and at his fathers urging he takes a small position as the local postman. The main component of Mario's job is to peddle up the large hill out of town to the villa where Pablo Neruda (Phillipe Noiret) is staying, a famous poet and Chilean political exile. The Postmaster is excited, as Neruda is a communist like him, and Mario has seen newsreel footage of Neruda's exploits at the local cinema. Eventually Mario becomes curious as to the poets work, and asks him to teach him about poetry. "When you explain it, poetry becomes banal", is Neruda's reply. Mario persists, seeing only the utilitarian application for winning the heart of the beautiful cafe girl Beatrice. Neruda is charmed by the simple postman's philosophies and helps him win Beatrice's heart.

Radford treads a delicate line between nostalgia and sentiment, keeping his focus direct and uncluttered, and very effective. He meticulously builds a mood that lulls us into a gentle and reflective state, before providing a devastating dose of reality to bring us back to earth. Radford's approach allows for the odd mixing of the neorealist ethos of location filming and a documentary like ambiance with an archly romantic overtone, and underscores the bittersweet balance found in real life. Massimo Troisi's performance harks back to the great neorealist characters, especially Lamberto Maggiorani's Antonio in 'Bicycle Thieves', a situation that can't be accidental one imagines? Radford's deliberate and measured strategy pays off, as an audience, we are forced to accommodate the earthiness of the life Mario experiences and factor it against the romance and poetry of the words he begins to embrace. Radford teases out the poetry of the everyday, as Neruda unlocks a dimension in Mario that speaks to his unutterable and deeply felt yearnings, of things that he can't express and yet understands they exist within him and are part of him.

French actor Phillipe Noiret's turn as the poet Naruda, completed an iconic pair of characters in Italian cinema for him, in a late surge of his long career, coming a few years after the immortal 'Cinema Paradiso' from 1988. Noiret invests his authority and depth to give his character great humanity, leaving him to confront his own narcissism and failings in light of his desertion of Mario. Radford does not shy away from the uncomfortable betrayal, and doesn't condemn or judge Naruda for his behaviour, it's just that sometimes life is uncomfortable and messy, and Mario intuitively understands this, even if others do not. Mario's political awakening, his ironic support of the Communist party via his appearance to read his own poems, is evidence of the connectedness Neruda's poetry awakes in him. Whereas the Postmaster has a utilitarian view of the Communist struggle, Mario embraces a poetic and romantic view of it, as he discovers the rich and connecting tapestry that a 'life of the mind' has to offer to complement his workaday struggles.

'Il Postino' was a huge international success, and deservedly so, winning the BAFTA for best film not in English and nominated for 5 Academy Awards, winning for Luis Enríquez Bacalov's lovely score.'Il Postino' is a beautiful and beguiling film, full of tenderness and compassion, but always within the context of showing a life of hardship and graft, and reminding us that the idea of romantic love is available to both rich and poor alike. 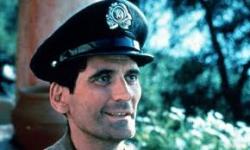 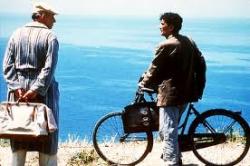 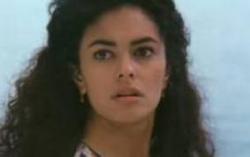 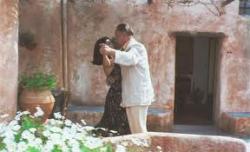 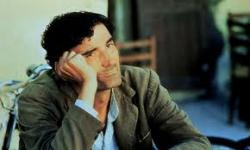