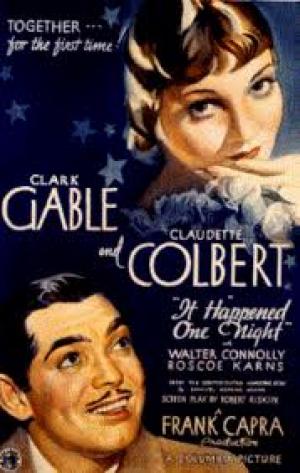 It Happened One Night

“Film is one if three universal languages, the other two: mathematics and music.” ~ Frank Capra

At the near beginning of FDR's New Deal, a government initiative that would help America crawl its way out of the Great Depression, cinema audiences were often treated to escapist fare, mostly featuring glamorous, well dressed rich people or with elaborate musicals, so nobody had much hope for a project that spent a lot of it's time with the 'common man' on a very unglamorous bus. Capra himself, after committing to it tried to walk away, but Columbia had loaned Clark Gable from MGM and decided to continue. Frank Capra was so eager to win a Best Director Oscar he went out of his way to attempt projects that were artistic enough to achieve that goal, in fact he so craved a win that in 1934 he says he started walking towards the stage after the host called "Come and get it Frank",  only to slink back to his seat when Frank Lloyd stepped up. Nobody corroborates the story, but there's no doubt Capra perceived not winning as a slight when he was again overlooked. As it happened Capra wouldn't have to wait long as the next year he got the award and a Best Picture Oscar to go with it, as well as a reputation as one of the titans of Hollywood, and the film that provided his entry into the stratosphere was the little bus story no-one had any faith in, the wonderful It Happened One Night.

Capra's frequent collaborator Robert Riskin wrote the screenplay, from a short story called Night Bus.  Riskin was a true Hollywood liberal, a New Deal Democrat with a great instinct for the travails and struggles of the ordinary people, in contrast to capitalist Capra's street smarts, and his dog-eat-dog view of the world. Wilful heiress Ellen Andrews (Claudette Colbert) runs away from her wealthy father (Walter Connolly) who wants to have her impulsive marriage to a man he dislikes, the spineless, weedy and fortune hunting socialite "King" Westley, annulled. Ellen tries to make her way incognito from Florida to New York to be with Westley, and she takes the inconspicuous choice of a 'night bus' to get her there. Ellen is forced to sit next to Peter Warne (Clark Gable) through lack of choice and soon the couple is butting heads. Ellen has her case snatched, and with it her money and belongings and the two form a reluctant bond as Peter, who has recognised who she is, convinces her he can help. Peter then helps Ellen get back to her husband but his funds are low and the two have to rough it en route, the adventures they share eventually leads to them falling in love.

The film works so well in part because of the chemistry of the leads. Gable is charming and endearing, strong and empathetic, and his good natured hero solidified his popularity with movie goers and won him a Best Actor Oscar. Capra had originally wanted Robert Montgomery for the film, but he turned it down because of a "poor script".  Colbert is the personification of the stuck up rich girl, aloof and flighty and ripe for re-education in what represents the 'common man's experience'. The arc of the relationship is ingeniously plotted by Riskin, and it's a measure of the writing that we can't be really sure the match will work, even given the conventions of the time. Capra actually avoids a triumphant lovers clinch at the end, never showing the couple united in a fade out hug.

The style of the film and its success helped usher in a genre all of its own, screwball comedy, and with the contemporaneous Twentieth Century  from Howard Hawks it represents the first and most successful example of the type. Typical of screwball is the fast paced and witty repartee, a little racy if possible, as in Peter's remark to Ellen on the bus "That upon which you sit is mine".  The sexual suggestiveness of the situation also helped the film at the box office, and the scenes between the couple with a sexual overtone are all superbly done. Colbert hated the film, disliked Capra and thought she'd made the worst movie of her career, she only did it because she managed to get paid four times what Gable got, with an overtime penalty clause to boot. She may have changed her mind when she was dragged back from her vacation to accept the Best Actress Oscar. Gable had fun making the film, and mid way through exclaimed to the crew "I think this little wop has got something".

Audiences were entranced by the sight of a rich girl slumming it, having to cope with the everyday battles and face up to how difficult life is without money. They also loved seeing one of them, a working stiff reporter and someone who lives on his wits, gain access to the 'dream' life that Ellen's world offers. They delighted to her loosening up and enjoying the simple proletariat pleasures of a long distance bus sing-a-long, or the instruction on how to dunk a donut. The essential fairy tale scenario of the errant Princess finding a frog commoner as her perfect love match was irresistible, but nobody saw it coming. The escapist fantasy for depression audiences of seeing one of 'them' in Peter, stick it to the uber-rich and then gain reward and wealth on his own terms was a resonant and powerful one to be sure, and endured even into the '90s and the success of the egregious and dubious Pretty Woman.

Riskin continued to present his 'common man' morality fables during the depression years, and Capra made his reputation and legend on the back of them, and displayed a great ability to tell Riskin's stories in a cinematic and entertaining way. More than any other teaming their work defined an era and spoke directly to their times. Some of their more enduring films have a universality about them but it's a telling point that Capra without Riskin after the 1930's was a very different proposition. The pair fell out after Meet John Doe,  and Capra struggled to make convincing and dimensional films thereafter. It Happened One Night,  however, is that most precious of gems, an entertaining and literate tale that delights and endears at every turn, a charming reminder of a time not so long ago and a land not so far, far away. 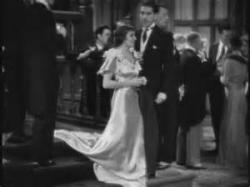 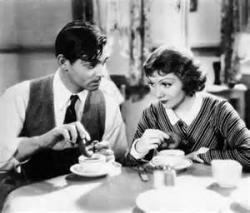 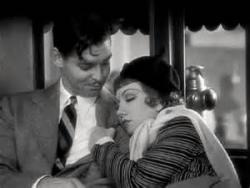 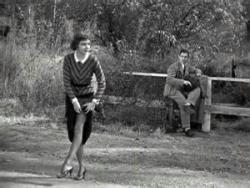 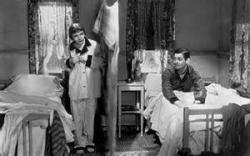 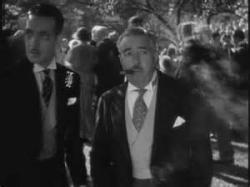