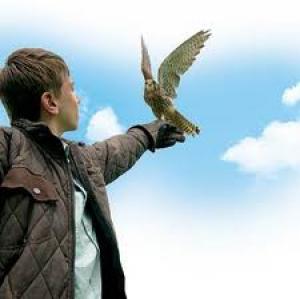 Free as a bird

The simple story of a boy and his pet kestrel, hardly seems substantial enough material for a film regarded as one of the greatest the British cinema has ever made (Recent BFI survey of British films ranked it 7th), but Kes (1969) has proved itself for over four decades to be far more than the sum of its considerable parts.

The Free Cinema movement and the British New Wave was constantly accused of inauthenticity due to the bourgeois provenance of its directors – none more so, than publically-schooled Lindsay Anderson. However, Kes was a watershed, in that almost all aspects of the creative process originated from within the working class. From the writer Barry Hines to the director Ken Loach to the producer Tony Garnett and finally the cast who were almost all non-actors or unknowns.

This abundance of working class talent contributed to the vérité feel of Kes which has had a long tradition in British cinema. However, Loach’s direction seemed to take this theme a step further, with an emphasis on extemporising scenes whilst setting the film within actual working class locations. These techniques, it could be convincingly argued, elevated Kes to another level, with life appearing to evolve before the viewers’ eyes, rather than the artifice of cinema and acting.

Furthermore, no character is more convincingly drawn or acted then the central protagonist, Billy Casper: his daydreaming, his unkempt nature, his restless energy, his ill-fitting clothes and his fascination with words, were all so completely echt that his story became, like the boy Bruno in The Bicycle Thieves, a universal tale transcending regional and national tastes and boundaries.

The narrative theme of a boy’s relationship with his pet is one that has been familiar to audiences. And yet none blend humour and pathos, poetry and realism, tragedy and triumph, with the precision of Kes. Loach does not drive the narrative forward with every scene and takes time, as in the best European tradition, to create character and depth.

The film is an adaptation of the book A Kestrel for a Knave, and Loach sticks very close to the source text, but wisely side-steps the moments when the novel goes beyond the third-person’s perspective and enters Billy’s psyche. The most glaring instance of this is the final sequence when, in the novel, Billy breaks into an old cinema and imagines his mother and father reunited in a happier early moment of his life. Loach perhaps realised that such an ending for the film would’ve been bathetic and distracted the viewer from the tragic literal and allegorical meaning of the filmic ending: the death of the bird, is the death of any hope for Billy.

However, this downbeat denouement is not to say the film is a Bergmanesque exercise in the pain and anguish of the human soul. There is a great deal of humour in the film. Indeed, the tragic aspects of the film necessitates these moments of levity which balance the overall tone.

Unfortunately, this convergence of working class talent was not the bellwether for a new era in British cinema. Indeed, by the time Kes was released the New Wave was already moribund, replaced by the glossy, empty sensibilities of the Swinging London films such as Alfie. This sub-genre’s run was to be extremely brief as British Cinema was, as the 60’s closed, to experience its own winter of discontent which was to last for the best part of two decades. Nevertheless, Kes’ epic, soaring journey was to live on, and whilst not the start of a transcendent new era of British film can still be considered the last and greatest hurrah of one that still resonates today. 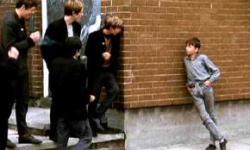 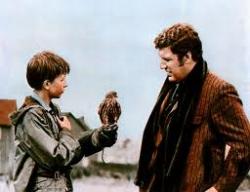 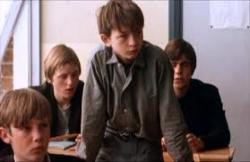 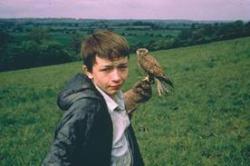 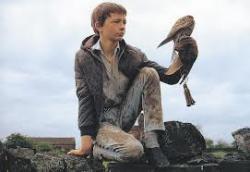