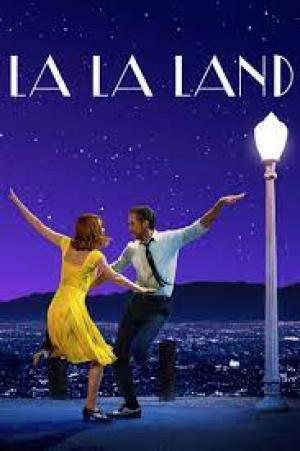 A rebel without applause

"Certainly, I've loved musicals for a while, so I did some short films in college that had musical numbers and things like that, so I've kind of been obsessed with Fred and Ginger and Vincente Minnelli and Stanley Donen and Jacques Demy forever." ~ Damien Chazelle

Damien Chazelle had made a splash in mainstream features with his Oscar nominated Whiplash in 2014 and used the newly won clout to produce a story he’d written some 4 years prior, the ‘jazz musical’ La La Land. The Harvard educated filmmaker and musician turned to his old college friend Justin Hurwitz to score the film and cast stars Ryan Gosling and Emma Stone to front the musical fable of struggle and triumph in the City of Dreams that is Los Angeles. The fact that neither Gosling nor Stone were experienced singers or dancers, or that Gosling needed to convincingly carry off virtuoso piano licks to make the magic work didn’t prevent Chazelle from delivering a splendid film that also made him the youngest ever winner of a Best Director Oscar.

Aspiring actress Mia (Emma Stone) meets not-so-cute with musician Seb (Ryan Gosling) in an L.A. traffic jam as they exchange barbs from the comfort of their wheels. She later stumbles across a night club where Seb is playing piano, but they again fail to connect. The chemistry finally kicks in after their 3rd meeting where Seb is struggling in a lame ‘80s cover band and they get together to support each other as they chase their respective dreams. Mia writes a one-woman show at the behest of Seb and that leads to better opportunities for her as he compromises by taking a bill-paying, misery making keyboard slot in a big-name band. Both support each other in their ambitions as they make compromises and take chances to realise their dreams, but the tenuous nature of the entertainment industry takes its toll on the relationship.

Chazelle nails his colours to the mast from the retro opening that features a Cinemascope 1950s logo, before he focuses on that most L.A. of situations, a massive freeway traffic jam. The scene morphs into a virtuoso song and dance routine set to the tune Another Day of Sun, that takes your breath away. Somehow Chazelle incorporates notes of Gene Kelly, Bob Fosse and even Federico Fellini in the bravura set piece, which also includes the ‘meet cute’ of the two leads. In a nice piece of irony, he places the event in winter, where it’s just another glorious day of endless sunshine in paradise. Of course, the ubiquity of sunshine is a sheen or patina that covers many a dark struggle and fractured, damaged soul. Hidden amongst the glitter, hope and escapism is the smuggled idea that a Dream Factory is still a factory, one that churns out product, where most factory workers are chewed up and spat out as collateral damage in a quasi-Dickensian pact.

Chazelle fought hard to keep his key components intact; even with the clout he generated from his earlier success with Whiplash, studios still didn’t want to fund a showbiz tale featuring a jazz musician and nuanced ending, they pressured him to change it to a rock musician with the obligatory happy ending of course. Chazelle and his key collaborator Justin Hurwitz had sketched the piece out during their Harvard college days and held fast to the notion of doing something bold based on the Old Hollywood musicals. They raided the colour scheme of classics like Vincente Minnelli's The Band Wagon and An American in Paris, the verve of Stanley Donen and Gene Kelly's Singin' in the Rain, incorporated some of the flair of Jacques Demy’s The Umbrellas of Cherbourg, and in doing so reminded modern viewers of a genre most people believed to be dead and buried.

In Chazelle’s telling his heroes are the dreamers, they are every waitress or hospitality worker that takes acting lessons and trudges through grinding audition rounds that are mostly an endless series of micro sleights. They are the unsung artists who spend their notional 10 thousand hours to achieve mastery of an instrument only to end up in bad covers bands or playing cheesy Christmas tunes to bored patrons eating bad food. Hitchcock said movies were real life with the dull bits taken out, but Chazelle reminds us that it is the dull bits that gives the transcendent moments meaning and balances his tale with large helpings of the daily grind and building frustrations that are a party to most human endeavours but are exaggerated in the narcissist heavy world of showbiz.

Musicals are also a kind of shorthand, a well understood trope of artistic struggle against the odds. Most actors and musicians spend their lives out of work in their chosen professions, as only the very few at the top get to make a good living with their artistry of craft and the vast majority augment that work with other paying jobs, usually unskilled and poorly paid. They dream of acceptance, of validation and success, but many of those dreams die hard, leaving casualties in their wake. Chazelle also knows that most of those dreams simply die with a whimper, ground down by the inevitabilities of time and the compromises that eventually demand a real-life response, or a change of course in committing to an achievable future rather than an illusory one.

Ryan Gosling and Emma Stone are simply superb as the aspiring workers, caught in the star making machinery where images of old and new stars are ubiquitous, on walls, street art, posters, at once both inspiring and taunting them. Both actors were well acquainted with the resilience and commitment needed to navigate that world, as both had been working hard since they were children to make it in the industry. Stone brings the perfect wide-eyed, starry-eyed energy to the ingenue part and Gosling balances the ledger with his pig-headed cynical purist musician character. It’s a tribute to their artistry and Chazelle’s direction that they both avoid falling into parody given the stock situation, but the wit of the script and the verisimilitude of the characterisations elevates the piece entirely, made even more remarkable given neither lead actors were especially strong at singing and dancing.

La La Land is superb entertainment, full of heart and style, a varnished valentine to a bygone era certainly, but also one with a cautionary aspect regarding the grubby underneath of the Dream Factory and the cost it extracts for blind obeisance to its demands. ‘They worship everything and they value nothing’ says stubborn Seb, the rebel with a cause, who comes to realise that even tempered dreams are something to hold. In the sunny, shimmering, illusory world of L.A., amongst the strewn and endless bodies of moths burned by the fame flame that drew them, it’s a reality to cherish, as is this film.

And maybe after seeing this try some classic Hollywood musicals and be transported to another time and place. 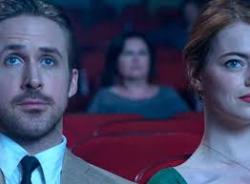 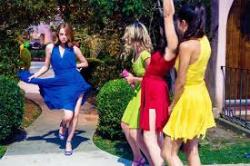