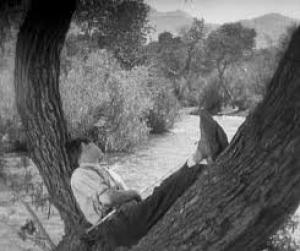 Frank and the ambitious Fox

After less than a year and two films, Frank Borzage left Metro-Goldwyn-Mayer on April 14, 1925, the same day as Erich Von Stroheim's departure from the control of the tyrannical and bourgeois Irving Thalberg.  He was barely off the lot when he was approached by Fox  with an amenable and lucrative offer that instituted the longest and, perhaps, most fruitful professional association of his career: seven years and eighteen films including four acknowledged masterpieces and two Best Director Academy Awards.

Hungarian-born William Fox had brought his company to a solid economic position in the ten years of its existence. The studio got off the ground with a series of films starring the archetypal vamp Theda Bara, many directed by J. Gordon Edwards, grandfather of Blake Edwards. Their Westerns, starring Tom Mix and later Buck Jones, often directed by Jack Ford, were steady money-makers, but Fox’s studio was still not on a level with the “majors”, and he was ambitious. In 1925, he increased his company’s capital, established a nation-wide chain of theatres, and began investing in research into optical sound which he presciently believed would be more practical than the sound on disc systems that others were investigating at the time. More important to his directors, who now or soon included in addition to Borzage and Ford, Raoul Walsh, W.S. Van Dyke, Howard Hawks, Rowland V. Lee, Allan Dwan, and F.W. Murnau, William Fox was emboldened by the spectacular success of Ford’s The Iron Horse, the first Fox film to open on Broadway, and he wanted prestige in the industry and in the art.  So “Frank Borzage Productions” moved to the rapidly growing Fox Film Corp, where there was considerably more creative freedom than that of employees of the oddly revered Irving Thalberg. Fox’s head of production, college educated Winfield Sheehan, liked directors almost as much as he liked young actresses, notably Madge Bellamy who would be Borzage’s next leading woman. Once the script, budget, and casting were approved, he left them alone, only supervising the final edit.

'Lazybones' was the first result of the director's comfortable new job.  Although the average shooting schedule at Fox was 25 days at that time, the production was on location in Kernsville, California from July to September in 1925. He had a script freely adapted by Frances Marion from a popular Broadway play, and he had top cinematographer George Schneiderman who shot many of Jack/John Ford’s best films, including the 1920 'Just Pals' which also starred cowboy hero Buck Jones as an intrinsically noble small town ne’er-do-well who becomes attached to a child. In the Ford film, the child is a boy, while in Borzage's it is a girl, the illegitimate daughter of Zasu Pitts who is raised by Jones' character until his love for her becomes something other than paternal. Both films were a change of pace from Jones’ Westerns, but Borzage departed further from the actor’s routine than Ford, and 'Lazybones', as good as it is, was not as popular at the time as 'Just Pals' had been.

Although it is tempting to compare the two films as an exercise in observing directorial style, the two filmmakers were at different stages in their careers and in the development of their art. Though they started directing about the same time in the mid-teens, Ford took longer to find his voice than Borzage. As Andrew Sarris pointed out in his indispensable 1975 study, The John Ford Movie Mystery, “If Ford’s career had ended in 1929, he would deserve at most a footnote in film history, and it is doubtful that scholars would even bother excavating too many of his Twenties works from the Fox vault.” Just Pals at the beginning of the decade had been an early effort to escape from the limitations of the Sagebrush Ghetto. That same year, Borzage, having put his albeit admirable Westerns behind him, made 'Humoresque', in all senses a “major motion picture”. At mid-decade, with 'The Iron Horse', Ford had banished the more casual Jack from his credit and become John, and was getting a greater variety of material to work with. Borzage had made at least a half-dozen memorable films and was about to embark on an amazing series of four late silent masterpieces one after another that insured the place in film history that Ford did not clinch until after the advent of sound. The closest connection between the two films, besides studio and star, is their mutual disdain towards bourgeois standards and those who uphold them, a frequent theme in the work of both artists.

Not surprisingly, Borzage’s cast is particularly fine, especially the incomparable Zasu Pitts, as powerful as in her Stroheim films and more beautiful than ever. Buck Jones is excellent, and Madge Bellamy is more effective than in her best-known film, 'The Iron Horse'.  In 1989, she wrote in her memoir A Darling of the Twenties, “Frank and I did not get along. This was to prove a great disaster for me as he refused to have me for the role played by Janet Gaynor in 7th Heaven, even though William Fox himself said that he had chosen me. Borzage and I quarreled over the little matter of my fingernails. In the picture, I played a poor white-trash girl. Every morning, he would inspect my nails to see if they were dirty enough. They never were, so he had mud rubbed in them. I did not think the camera was close enough to catch this detail and took it as an insult. Of course, in retrospect, I wonder how I could have been so uncooperative.”

Note that in mid-April, Frank Borzage was still working for MGM.  He was shooting 'Lazybones' by July, and the film opened on Broadway on December 4th!  They didn't fool around in those days! 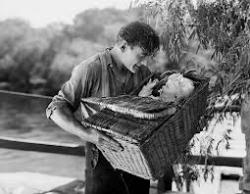 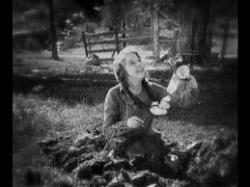 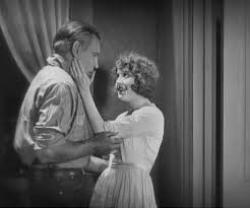 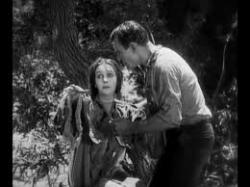 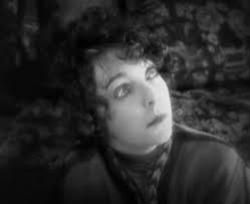