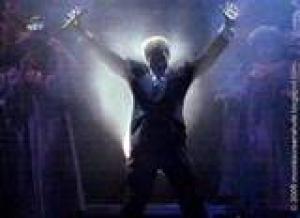 "No man ever believes that the Bible means what it says: He is always convinced that it says what he means."
~ George Bernard Shaw

The great consumerist ethos of free enterprise America has seen many an idea ‘commercialised’, none more so that religion, which is in many ways the perfect commodity for packaging and sale to the masses. Leap of Faith  examines the faith healer/con man nexus and troubling idea that false hope is better than no hope, in a snappy and entertaining way combining a clever mix of comedy and drama. The crucial central role was initially taken by Michael Keaton but he dropped out and was replaced by the former stand-up comic Steve Martin, who delivered one of the performances of his career. Martin plays the aforementioned faith healer who gets sidetracked into a small Kansas town and then has to confront his own cynicism as well as a sceptical sheriff who wants to run him out on a rail. The film was directed by Stephen Pearce from a solid script by Janus Cercone, and co-stars Debra Winger and Liam Neeson, as well as having an early role for a young Philip Seymour Hoffman.

Jonas Nightengale (Steve Martin) heads a touring evangelist outfit that unexpectedly finds itself stranded in the small town of Rustwater, Kansas. Jonas decides, against the advice of Jane (Debra Winger), his equally opportunistic manager, to set up his tent anyway and extract what money he can from the small town before they move of to bigger targets. Jane becomes attracted to the town sheriff, Will (Liam Neeson), who embarks on a campaign of exposing Jonas as a fraud, and his good natured honesty means causes her to doubt the methods and ethics that Jonas employs. Jonas also confronts his own cynicism when, in trying to chat up a pretty waitress, Marva (Lolita Davidovich), he finds himself involved in helping Boyd (Lucas Haas), her crippled younger brother. Boyd has no medical reason for his inability to walk after an accident, but he thinks his disability can be cured by faith. The town flocks to the tent seeking hope and Jonas puts on a show.

The film walks a fine line between affirming what is real and valuable in the human experience i.e. authentic interpersonal connection, and what can be faked, manipulated and exploited. Jonas is a damaged individual whose shameless antics come from a need to insulate his emotional life from further pain, having been hurt in his childhood by an absent father. Jonas spent time as a petty criminal as a younger man but soon parlayed his charm and talents into becoming a faith healer and preacher, gathering a large entourage to service his travelling tent show revivalist ministry. The pragmatic Sheriff knows the town is on hard times and senses the con involved, he warns Jonas “Until the farmers get rain this town can’t afford a revival,”  but Jonas sets up anyway, “Let’s go and give some empty lives some meaning!”

In order to balance the cynicism (it’s a mainstream film remember) the scenario has the world weary Jane fall for the sweet natured and well intentioned cop, and has Jonas address his own failings through the prism of love. Boyd has a disability that can’t be explained by medical science, he had tried faith healers before but when that failed he was told it was his fault because his faith wasn’t strong enough, with the appearance of Jonas’ show he tries again. Jonas knows in his heart that his fakery can’t ‘cure’ the boy, and the film affirms that the ‘cure’ lies within, i.e. something in the natural world and not from the supernatural world of miracles.

The film demonstrates that religion operates on exploiting people’s vulnerability and fear, by offering the dubious salve of access to the mystical world of the invisible. The fact that outwardly sane people, sensible and rational in other areas of their lives, can ascribe something as neutral as rain to some ‘divine’ hand is one of the most frustrating and complex conundrums known to man. The simple corollary that the God who can bring the rain is the same force that has caused the lack of rain seems to escape their logic? A friend (invisible or no) who can cure cancer but chooses not to is no friend.

Inside many great stand-up comedians there lurks a fine actor, and so it is with Steve Martin, who’d made many excellent features prior to his Jonas in 1990. Martin had been on a streak, with brilliant, stand out comic turns in great films like Three Amigos, Dirty Rotten Scoundrels  and Trains, Planes and Automobiles,  as well as uncovering deeper, dramatic layers in Ron Howard’s Parenthood   and in Lawrence Kasdan’s wonderful Grand Canyon.  Jonas was the perfect role to capture Martin’s energy and dramatic flair, allowing him to add a dollop of satire into what is mostly a nasty and manipulative character. Debra Winger is a fine foil for Martin and delivers a nicely judged turn devoid of artifice or over-reach.

The soundtrack is also a particular joy, a rollicking gospel fired collection curated and produced by the jazz great George Duke. Edwin Hawkins ran the magnificent choir and there are some offbeat gems amongst the soundtrack songs, including the oddly effective reggae version of Sit Down You’re Rocking the Boat  (from Guys and Dolls) by Don Henley. The undoubted highlights are a magnificent performance from Patti LaBelle with Ready for a Miracle  and a superb Pass me Not  by the brilliant Lyle Lovett, both produced wonderfully by George Duke.

Leap of Faith  is essentially a finely considered character piece that succeeds because the actors bring a humanity and depth to their roles, giving the piece its beating heart and placing it beyond its religious setting. The denouement slyly digs at many tenets of the religious in bringing rain, a simple natural phenomenon that takes on a bigger significance. This situation has been going on since primitive man struggled to understand the vicissitudes of the natural world and promptly fell prey to those that claimed special power over this invisible realm, the priest class. Hollywood had essayed the phenomenon before, notably in the character of Starbuck, the charismatic con man played by Burt Lancaster in The Rainmaker,  a filmed version of the N. Richard Nash play from 1956. Martin takes some of his energy and chutzpah from Lancaster’s lead, and loses nothing in the comparison.

All of the supposed ‘supernatural’ elements in the film have explanations in the natural world, from Boyd’s ‘miraculous’ cure to the open-eyed Jesus, even though the filmmakers leave those events to the faith prism through which each viewer sees the film. Leap of Faith  affirms the power of community if nothing else, as after the fruitless search for a saviour in the form of Jonas the town falls back on what they had all along, each other. Jonas is the one redeemed by the encounter as he heads off into the sunset to embrace a future where he can live with his own reflection, grinning madly as the rain starts to fall. An entertaining and thoughtful film, one that deserves a growing reputation.

* Leap of Faith  was based on the events surrounding a real evangelist who was revealed to be a fraud when he was exposed to his flock as using a radio receiver to gain information he claimed was coming from God. Stunningly, even when confronted with the evidence, some followers refused to abandon the shyster believing that to go against this criminal was to go against God! It’s bracing to ponder that well into the 21st century it’s possible to see the digital version of religious con men plying their trade on 24 hour television channels. An American network called Daystar actually has a ‘prophet’ who claims he’s given information directly by God in relation to the punters who donate money to the ‘church’! If that’s not enough he will look down the camera and excitedly declare that many of those who donate will receive a miracle for their coin, and conveniently in this digital age you can sign up to a pledge that automatically deducts money from your bank account, et viola. As George Carlin once said, “God loves you, and he needs….. money!”  How any of this can be legal in this day and age is beyond belief. 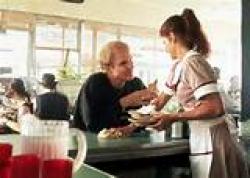 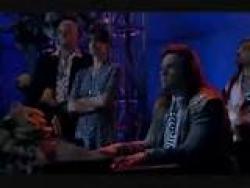 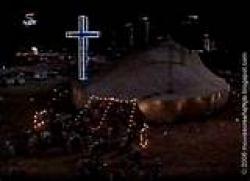 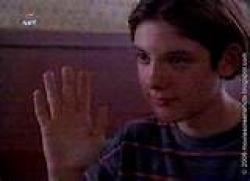 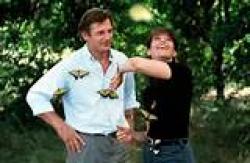 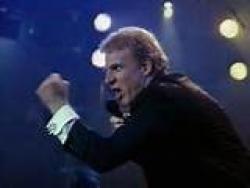