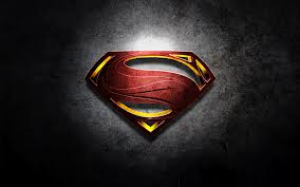 Zack Synder does a respectable job of helming the Christopher Nolan produced re-boot of the Superman franchise in Man of Steel, treading a fine line of fulfilling the needs of the traditionalist fans and still imbuing it with some modern day savvy. Despite respectable box office and positive reviews the Superman Returns film generated in 2006, it failed to ignite enough momentum to generate a slew of sequels in the way Nolan’s Batman re-boot Batman Begins did. The journey from the Christopher Reeve vehicles of the late ‘70’s and ‘80’s to the 2006 entry was long and tortuous, with many first rank stars and directors variously attached, most notably Nicholas Cage as the Krypton exile and Tim Burton as director. Warner Brothers finally signed Nolan to produce and he settled on a script from David S Goyer and employed Zack Synder to direct.

The eminent scientist, Jor-El (Russell Crowe), is lecturing the rulers of Krypton about their ruinous decisions that have depleted the environment of the planet to such an extent it’s about to expire. General Zod (Michael Shannon) stages a military coup and in the confusion Jor-El manages to send his only son, Kal-El, to earth. Clark Kent (Henry Cavill) works on a fishing boat, keeping his super powers a secret and staying as anonymous as possible, and after saving people from an oil rig disaster he disappears and finds himself in Alaska looking at an alien spacecraft from his home planet. Also curious about the unidentified find is reporter Lois Lane, (Amy Adams) and her investigative nose soon has her bumping into Clark, and his alter ego, the guy in the tight suit. Zod reappears, having tracked Kal-El to earth searching for the hidden Codex of DNA that Kal’s craft contained, and the two face off with earth as the battleground as the fate of the Krypton race and the future of mankind hangs in the balance.

The problem with the modern cinematic comic book adaptations is that the need to balance competing ‘touchstone’ requirements has become such holy writ that the cart has been put firmly in front of the, increasingly flogged, dead horse. A corporate and formulaic model is understandable with the amount of money and investment needed to produce one of these modern epics, but when it comes at the expense of wit and verve, it’s a slippery slope indeed. The issue with Man of Steel is that it’s only the sum of its parts, and never reaches a coherent fluency that pushes it towards something beyond that, to the realms of superior and intelligent entertainment.  The corporate model dictates that the desires of the ‘fanboys’, a demographic of hormone fuelled teenage boys and adults in various stages of arrested development, be pandered to with sequences that replicate the experience provided by violent video games. Man of Steel is therefore, a curious hybrid of dumbed down, disaster porn, with an overlay of traditional myth structure via the Judeo-Christian ‘messiah’ story.

Western civilisation has been conditioned to accept the ‘messiah’ idea by the dominant cultural meme of the last 1300 years, enforced and supported by a ruthless and efficient fascist thought police, the early Christian church. The humanist and liberal propaganda of the latter day Church has largely succeeded in suppressing the actual history and real brutality at the heart of the establishment of the power of the Church, as temporal and fierce as the most militaristic empire. The Nazi’s looked no further than Rome for an example of marking Jews, limiting the jobs they could do, and forcing them into ethnic ghetto’s. All the early heresies, such as Gnosticism and Collyridianism, were methodically crushed under the foot Roman orthodoxy and the  ‘story’ of gentle Jesus, the messiah of love. Man of Steel taps into the ‘gunslinger’ side of the messiah meme, the idea that a powerful individual will appear at a time of turmoil to ‘save’ the people from disaster. Goyer’s script places a conflicted Clark in a church, beneath an image of Jesus, asking a priest for advice, and even adds the subtle conceit that Clark is 33 years old when he accepts his father’s mission, the same age the mythical Jesus was in the Bible stories.

In trying to balance the formula needs of the modern epic Snyder does a fair job, and the decision to not stay faithful to the orthodox narrative of the original story is believable and appropriate for these times. Richard Donner’s original blockbuster Superman from 1978, catered to the needs of the original fans of the 1930’s comic character, and in the new millennium the threats and fears are addressed in contemporary terms, with unmistakeable references to 9/11. Superman is the reluctant messiah, misunderstood and condemned in his ‘own’ land, but compelled to ‘save’ humanity nevertheless. Zod is part Satan, cast out of Krypton by Jor-El, part Bin Laden, rampaging and driven, ideologically inflexible and equally compelled to fulfil his own destructive destiny. Man of Steel struggles to keep these two dynamics in balance, and to incorporate the fan-boy stuff, hence, in attempting to be all things to all viewers, it’s not strong enough in any one area to rise above it’s own flawed formula.

The casting is solidly professional, and Michael Shannon deserves praise for his demented turn as Zod. Henry Cavill is a capable actor, and Amy Adams is a fine actress in a lightly written part. Curiously, the sexual spark between Clark and Lois is virtually non-existent, as if the producers were as keen to provide as sexless a Superman as the Bible writers did with their mythical hero. The idea that a popular and charismatic preacher was sexless and childless in the times the Jesus story was concocted in the 1st and 2nd centuries is nonsensical at best, and speaks more of the subsequent propaganda to support the orthodoxy of celibacy in the priesthood.

The best of the adventure comic book cycle of blockbusters need a balance of wit and style, content and substance to rise above the lowly source material. It’s a fine line that divides the enervating and brilliant X –Men II from the turgid and overblown X-Men III, the urgent and riveting The Dark Knight from the overdone The Dark Knight Rises. The best examples, like Captain America - The First Avenger, have a degree of self awareness and confidence in their own identity, and a dash of humour (sadly lacking in Man of Steel) doesn’t hurt. Joss Whedon showed the way with his witty Serenity, demonstrating what it takes to deliver a worthy inheritor of the best of the Star Wars legacy, sharp and stylishy entertaining, rather than the formula dross of the late ‘90’s and early 2000’s Lucas sequels that forever tarnished the franchise.  Ang Lee confused art house with epic house, and completely cocked up the tone of his Hulk, underlining the need for a director to know his product.

Snyder delivered a fine comic adaptation in the dark and under rated Watchmen. but is undermined by having to hit too many conflicting marks in this film. Nolan’s sharp modernist aesthetic worked perfectly for the Batman character, and the psychological overlay of obsession and revenge made sense, allowing the sometimes thin line dividing cop and criminal to be fully explored. Superman is (surprise) more of a cartoon character, and applying the same ‘realist’ trope is much harder, as under this prism Metropolis cannot easily and seamlessly exist in the same world as Gotham. It takes a lighter touch to make this Superman fly, and for Nolan it seems he’s gone a cape too far.

Man of Steel is at least an interesting failure, a glorious looking average film, competently made and watch-able enough but ultimately a disappointment that should have no more chance of sparking the requisite sequels than the last effort. Its already huge box office return shows that audiences are incredibly forgiving when it comes to the Superman figure, hungry to see the character and hopeful that the definitive version, like a mythical messiah, will at last appear. 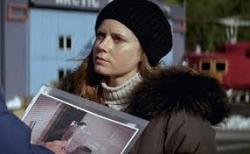 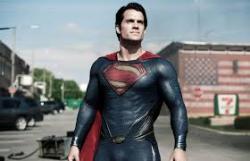 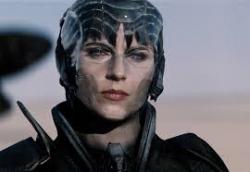 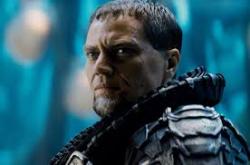